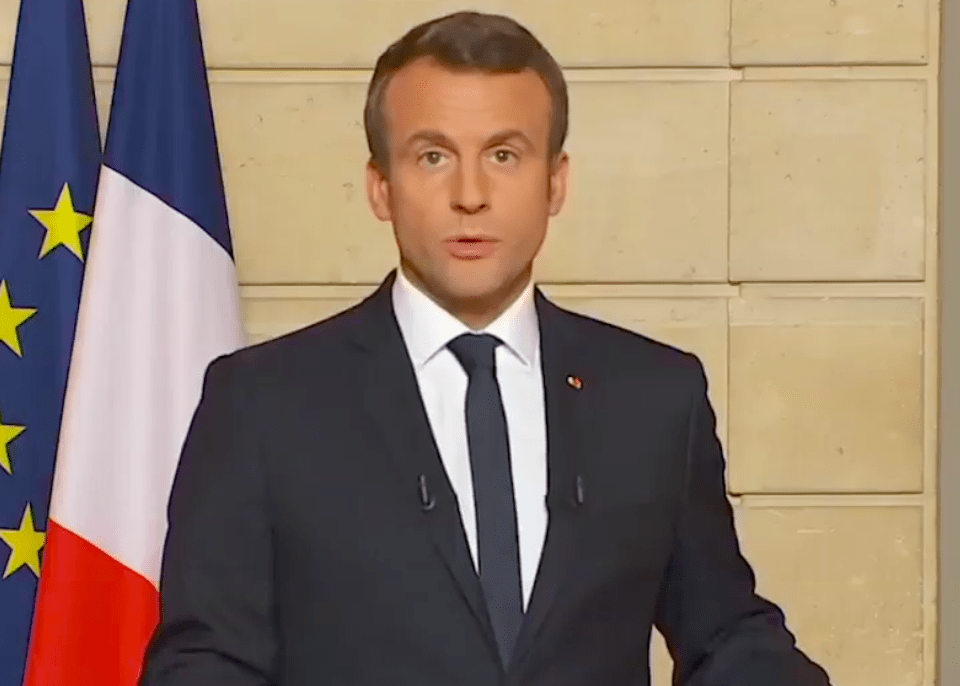 Emmanuel Macron/Twitter
Get The American Independent in your inbox

Having won against the forces of white supremacist nationalism in his own country, the new French leader offered words of encouragement and solidarity to those in the United States fighting the bleak and damaging ideology of Trumpism.

In a political environment where it can be challenging to maintain a sense of hope and optimism about the future, French President Emmanuel Macron offered a soothing balm of rationality and compassion.

After Donald Trump proclaimed he was withdrawing the United States from the Paris Accord on climate change, political and corporate leaders both within the U.S. and around the world unanimously denounced the move in the strongest terms.

But Macron's approach was different. Like other prominent voices, Macron indeed spoke out against Trump's decision as "a mistake for our planet." But in addition to speaking out, Macron also reached out.

He spoke to those of us in the United States who are feeling despair, embarrassment, and hopelessness in the face of Trump's actions. With clarity and conviction, he told the American people that others believe in us, and he even issued an invitation:

To all scientists, engineers, entrepreneurs, responsible citizens who were disappointed by the decision of the US: pic.twitter.com/qxjPX8MhKt

To all scientists, engineers, entrepreneurs, responsible citizens who were disappointed by the decision of the President of the United States, I want to say that they will find in France a second homeland. I call on them: Come and work here with us, to work together on concrete solutions for our climate, our environment.

I can assure you: France will not give up the fight.

In striking contrast to Trump's bombastic and grandiose tone, Macron exhibited a return to calm rationalism – an approach grounded in the ideology upon which our two countries' democracies were founded. With a heartfelt empathy juxtaposed against the isolationist rhetoric of Trump's nationalism, Macron recognized our common humanity, the fate of which ultimately rests in decisions made not within borders but despite and across them:

We all share the same responsibility: make our planet great again. pic.twitter.com/IIWmLEtmxj

I call on you to remain confident. We will succeed. Because we are fully committed. Because, wherever we live, whoever we are, we all share the same responsibility: Make our planet great again.

Diametrically opposed to the attempts by Trump and the GOP to leverage fear, tribalism, and the myths of nostalgia to take our nation backward, Macron's words were a gift of encouragement and solidarity — not "you" but "we," working together to overcome the divisive forces of avarice and Trumpism at home, and the global rise of white nationalism and rejection of a shared humanity.

Nothing less than the future of all of the world's children is at stake. Macron knows that. And the majority of the American people do, too.