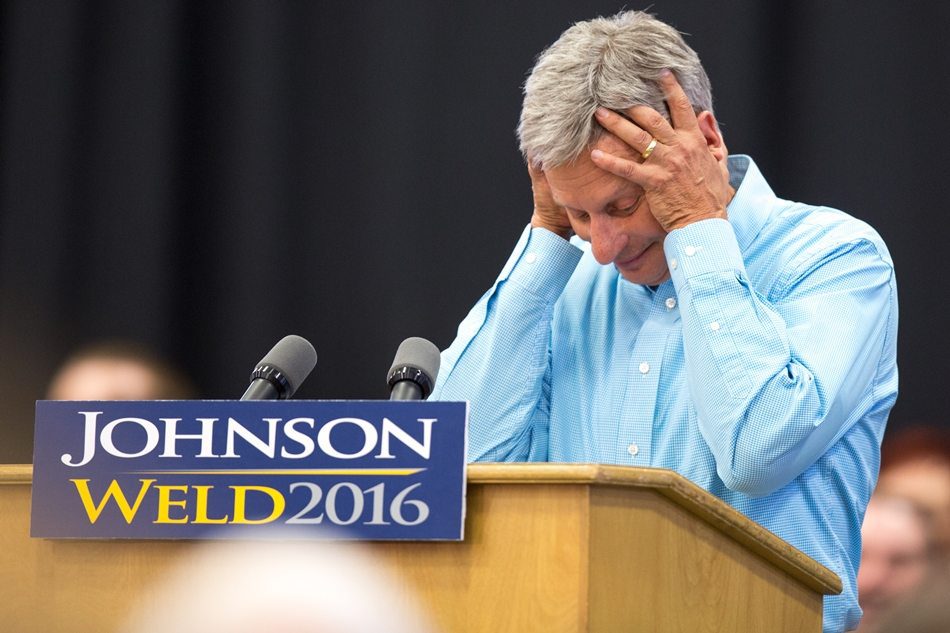 Polls continue to indicate that a segment of disaffected millennials support Libertarian Gary Johnson for president. But they are the ones who would be hurt most by his proposal to eliminate environmental regulations.

Although most young people oppose Donald Trump, a surprising number of them are also considering turning their backs on the major parties altogether and backing the Libertarian candidate, Gary Johnson.

As we have noted before, there is a great deal to dislike about Johnson. He wants to eliminate the federal income tax. He keeps flip-flopping on Citizens United. He wants to abolish mandatory vaccination. He has very weird ideas about public accommodation laws. His grasp of foreign policy is laughable. But there’s one thing in particular millennials should find disturbing about Johnson: his views on the environment.

In a piece in the New York Times, economist Paul Krugman lays out a troubling picture of Johnson’s environmental policy: Get rid of all regulators and laws, and simply encourage anyone hurt by pollution to sue the polluters directly. This is a terrible idea on multiple levels.

Is a giant corporation poisoning the air you breathe or the water you drink? Just sue: “Where damages can be proven and quantified in a court of law, restitution to the injured parties must be required.” Ordinary citizens against teams of high-priced corporate lawyers — what could go wrong?

Johnson’s idea puts the cost of preventing environmental damage on low-income taxpayers who would need to shell out hundreds of thousands in legal fees. This is an inherently reactive, not proactive, policy. It relies on corporations paying after the fact for damage they have caused, rather than preventing them from causing damage. And private litigation of many environmental abuses the government currently polices would simply be impossible.

If a corporation dumps carcinogenic sludge in your backyard, obviously you have standing to sue, but what if a corporation is, say, bulldozing an endangered tortoise nesting ground out in the woods somewhere? Who has standing to sue over that? And what about climate change? What would a lawsuit over global CO2 emissions look like?

Ultimately, the very people who would be hurt the most by Johnson’s policy would be the millennials who are taking his candidacy seriously. Even relatively narrow analyses put the economic cost of climate change as high as $1.9 trillion per year by 2100, and that’s assuming we keep our current environmental laws much as they are. Under Johnson’s plan, we would see far greater losses. And most of the people on the hook for this hefty price tag will be millennials and their children.

By contrast, Hillary Clinton’s plan will strengthen environmental protection and install half a billion new solar panels over the next four years. It’s high time young people gave critical thought to the impact their vote will have on their future. This election could determine the planet's future, and a protest vote for Johnson is a high-risk mistake.