Home Elections Georgia boy: Ossoff's loss is the most energizing political event in my...
Progressive journalism is under attack. Please help us fight back!
DONATE 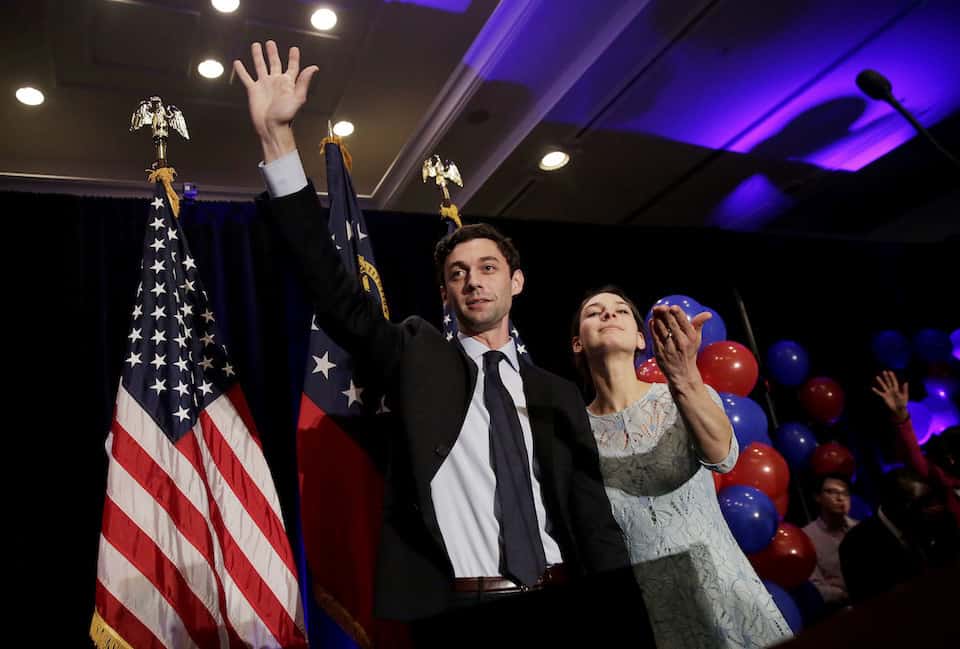 The progressive momentum for Democrats across the country will not fade away. This is only the beginning.

I grew up in a small Georgia town between Macon and Savannah. Growing up, I heard that my county had the most dirt roads in Georgia. I don't know if that's true, but I wouldn't doubt it.

I went to college just outside of Georgia's 6th Congressional District, where Jon Ossoff lost a nail-biter against Donald Trump acolyte Karen Handel. I met a handful of progressives while getting my degree, but we were still a few dots of blue in an overwhelming sea of red.

In both locations, Democrats were regularly demoralized each Election Day. While my hometown was represented by a blue dog Democrat, John Barrow, through the 2014 election, there wasn’t a ton of enthusiasm every other November. Georgia was a red state, and everyone knew it. George W. Bush carried it twice; John McCain carried it; Mitt Romney carried it; and Donald Trump carried it. Republicans controlled the state legislature and the governor's mansion.

We have heroes like Rep. John Lewis, but outside of Atlanta, there is far too little to be excited about.

With the special election to replace Tom Price, who vacated his seat to become Trump's secretary of Health and Human Services, we saw an unprecedented amount of enthusiasm. And let me tell you, Georgia progressives aren’t used to this kind of national attention. It was a thrill to see my home state on the verge of flipping a red district. The excitement was palpable even from hundreds of miles away.

I won’t lie: It was heartbreaking to see Jon Ossoff lose.

But here’s the bottom line: This one race may be over, but the resistance is only beginning.

If Democrats can turn R+23, R+16, and R+20 districts into single-digit elections, one can only imagine what will happen in 2018. There are 93 seats more competitive than the one that Ossoff narrowly lost, and Democrats only need to win 24 seats to win back the majority in the House of Representatives.

And these races have energized local activists. Progressives who normally don’t see competitive races in their backyard all of a sudden had nominees who got folks excited.

Local activists knocked on thousands of doors. Recruits streamed into Democratic Party volunteer centers. Email lists were built, and donations far exceeded anything this district has ever seen.

That enthusiasm will not fade away.

Volunteers in Georgia, South Carolina, Montana, and across the country will not forget how it felt to fight for something important — adequate health care for all, equal pay for equal work, and a voice for everyday Americans.

Yes, volunteers from near and far will be sad today. It's only natural.

But when they get that next phone call or email from a Democrat running against a Republican in 2018, they will not hesitate to stand up and fight back. They will remember the importance of every phone call they made, and of each door they knocked.

And they will be more determined than ever before.

No, the result from #GA06 is not what we had hoped.

As someone who grew up in South Georgia, I know what it feels like to go to the polls and cast a vote that you know won’t make much of a difference.

But those days are behind us. Folks in solidly blue districts have no idea how exhilarating this vote is for progressives in districts that have been held by Republicans for so long.

One thing I know: The momentum will not end after this special election.

And 2018 will be something special. Just you wait and see.

On second thought, don’t wait and see. Get out there and make your voice heard.

Trump tries to compete with Democratic debate by holding another rally

Democrats set to clash in final debate before Iowa caucuses