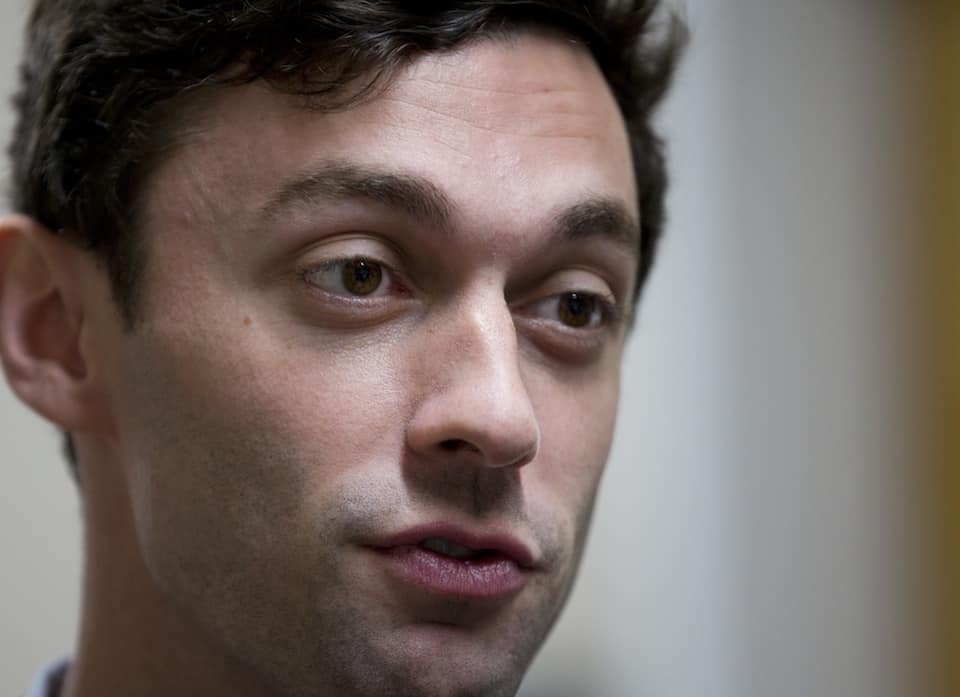 Democratic congressional candidate Jon Ossoff trounced his Republican opponents by 30 points in the special election for Georgia's 6th Congressional District, which is all the more remarkable when you consider that a Republican state legislator openly admitted that the district's lines were drawn to disenfranchise Black voters and beat Democrats like Ossoff.

The special election in Georgia's 6th Congressional District — to fill the seat vacated by Health and Human Services Secretary Tom Price — is turning out to be symbolic on many levels.

Democrat Jon Ossoff's 30-point clobbering of the Republican field, for a seat Republicans have held for four decades, is a powerful referendum on Donald Trump's presidency and shows that his plummeting approval could mean major problems for Republicans in the 2018 midterms.

Even more remarkable is that Ossoff just barely missed the 50 percent mark necessary to avoid a runoff — no small feat in such a solidly Republican district. But Democratic National Committee Chairman Tom Perez's explanation for why Ossoff was not able to pull off a knock-out win is highly troubling:

Here's what I do know. We haven't controlled that seat in 37 years. And the Republicans in Georgia gerrymandered the heck out of it.

Gerrymandering is the process of drawing district lines in order to favor the candidate of one party over the other, and Republicans got to do a lot of that by virtue of the wave election in 2010. While corporate media types like National Journal's Josh Kraushaar skeptically call the issue a "crutch" for Democrats, it turns out we do not have to take Perez's word for it.

There is an even more reliable source to confirm the accusation and its racist intent: Georgia's Republican state Senator Fran Millar. According to the Atlanta Journal-Constitution, Millar recently let the racist cat out of the bag:

At a GOP breakfast on the district’s eastern DeKalb outskirts, state Sen. Fran Millar criticized Democrats who think it’s a “done deal that this kid’s going to become the Congressman.”

Millar's reference to Rep. Hank Johnson (D-GA), who is Black, is not very subtle. Such an admission would likely prompt a federal civil rights investigation, if the Department of Justice were not under the control of the blatantly racist Jeff Sessions, whose own career has included attempts to disenfranchise Black voters. Such disenfranchisement has been further enabled by a conservative-dominated Supreme Court that gutted the Voting Rights Act, and a Republican-controlled Congress that refuses to fix the problem.

Those factors have made Ossoff's hill a good bit steeper to climb, as it has for other Democrats. But they are also a beacon at the top of that hill, reminding us that if we are to regain those things we lost, then climb we must.