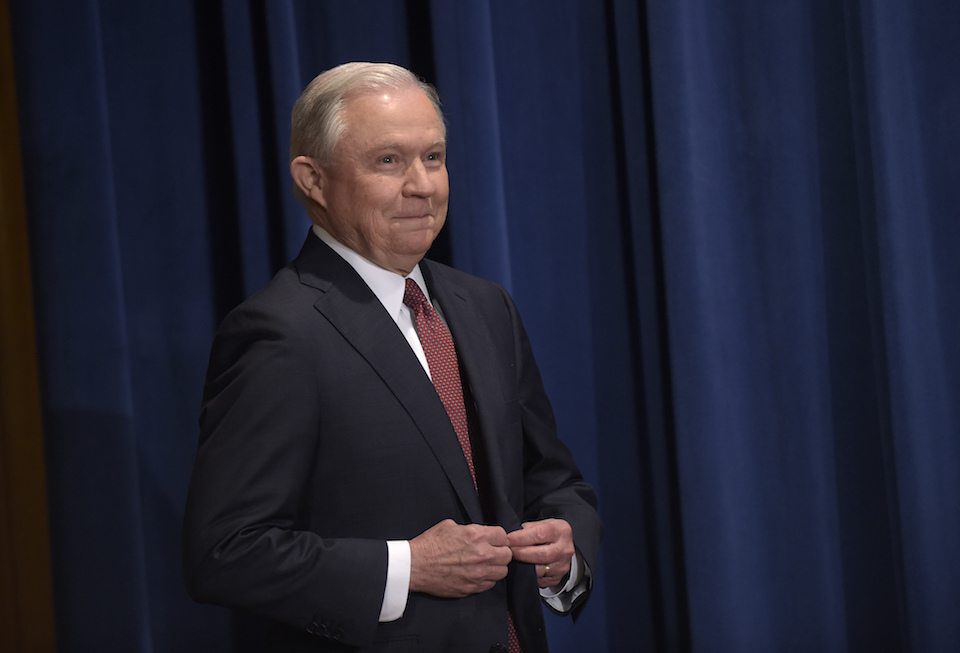 The Trump administration's decision to punish 800,000 Americans who came to this country as children is the opposite of "compassionate."

In an act of cowardice, where he refused to take any questions, Attorney General Jeff Sessions announced the Trump administration's termination of DACA, the program that allows immigrants who came to the United States as children to remain in their homes.

Sessions has long been a staunch supporter of anti-immigrant policies, and he could hardly hide his delight in announcing this dreadful policy reversal — a reversal that could affect 800,000 immigrants and cost the United States $460 billion.

This, according to Sessions, is the "compassionate thing to do."

During his remarks, Sessions also spewed a number of repeatedly debunked lies about the supposed drain on American resources caused by immigrant children and that their very presence in the United States somehow increases crime rates. Those claims are blatantly false and are nothing more than a perpetuation of ugly racist stereotypes that have no basis in fact. The vast majority of so-called DREAMers are employed or in school and are contributing to the economy and to the country.

In fact, DREAMers have lost their lives helping others in Houston in the aftermath of Hurricane Harvey. Jesus Contreras was brought to the United States from Mexico when he was 6 years old. He has been serving his community as a paramedic in Houston. Alonso Guillen, a DACA recipient, drowned in the flooding in Houston, working on a boat to rescue others.

These are the people Sessions and Trump think do not belong in this country.

Sessions also had the audacity to claim that kicking people out of the only home they ever known represents the Trump administration's dedication to the "rule of law." It's an absurd and not credible thing to say only weeks after Donald Trump pardoned the criminally racist former Sheriff Joe Arpaio, who flagrantly disobeyed a court order and was convicted of criminal contempt.

Trump cared nothing about the rule of law when he issued that pardon, and other actions by him and his inner circle to circumvent the law — on everything from him using his presidency to personally profit, to his potential obstruction of justice by trying to shut down the investigation into his campaign's collusion with Russia — have made a disgraceful mockery of the rule of law and the Constitution.

Trump himself did not even have the courage to make the announcement himself. While he callously teased the expected announcement on Twitter, he left Sessions to do the dirty work of making the announcement. Trump, in fact, will not be facing any questions about this unthinkably cruel policy. Trump has not held a solo press conference in more than 200 days, clearly afraid to be held accountable by the media for his actions.

Make no mistake: The decision to punish children for whom America is their home is will have far-reaching and very negative effects for the United States. And it is the opposite of compassionate.