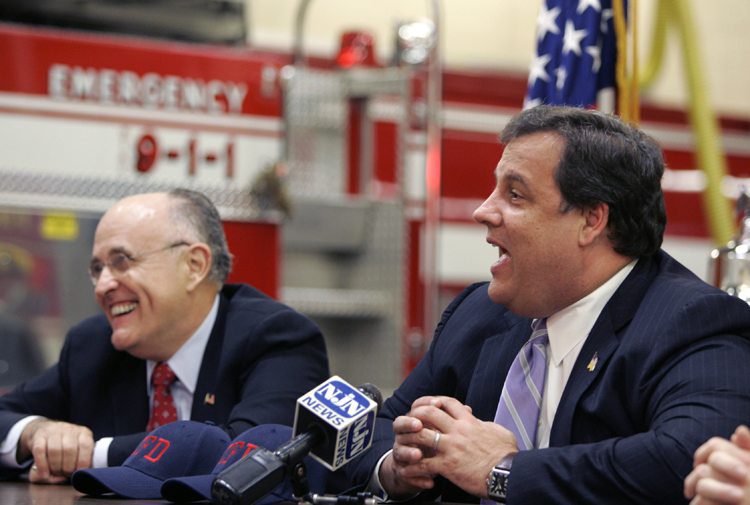 (AP Photo/Mike Derer)
Get The American Independent in your inbox

Following a major NYT scoop that Donald Trump declared a $916 million loss in 1995 and may not have paid federal taxes for 18 years, his top surrogates Rudy Giuliani and Chris Christie spun furiously on the Sunday shows, actually commending Trump for his supposed "genius."

Oliver Wendell Holmes once said, "Taxes are what we pay for civilized society." He liked paying taxes; with them, he argued, he helped build the nation.

This is clearly not the view of Donald Trump, who, when confronted by Hillary Clinton during their first debate on the likelihood of his not having paid taxes, responded: "That makes me smart."

Days after that exchange, this happened:

Giuliani's primary talking point was that Trump is not merely "smart" for avoiding paying federal taxes, but "a genius."

He called Trump "a genius" again during an interview with Jake Tapper on CNN (while tacitly conceding Trump hasn't paid taxes): "The reality is, this is part of our tax code. The man's a genius. He knows how to operate the tax code."

Tapper responded by asking the obvious question: If avoiding taxes makes Trump a genius, doesn't that imply the rest of us who do pay our fair share of taxes are stupid?

That is the clear implication, in spite of Giuliani's denial. Further, it makes Trump one of the 50 percent of freeloaders he himself asserted that taxpayers can't continue to carry.

Meanwhile, over on Fox News with Chris Wallace, Christie made the mind-boggling claim that the tax issue is "a very, very good story for Donald Trump."

Christie: @nytimes story is actually "very very good" for Trump. Then says but maybe it isn't true. If good, confirmpic.twitter.com/2f0Hrn9dPa

Not sure how that works out as a "very, very good story," as opposed to yet another reason that Trump needs to produce his tax returns.

This level of spin is dizzying. Expect it to get worse in the closing weeks of the campaign.