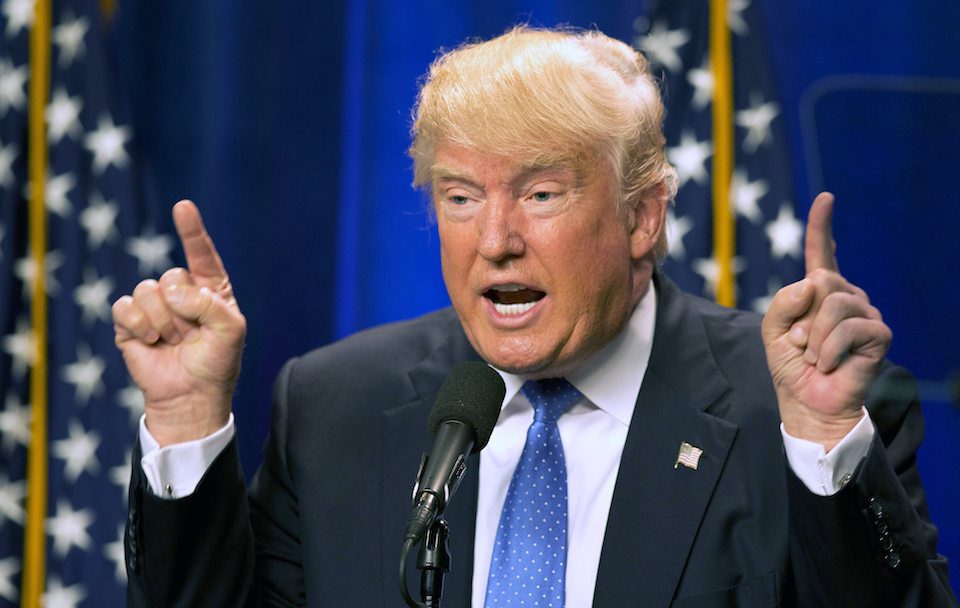 (AP Photo/Jim Cole, File)
Get The American Independent in your inbox

The mother of a soldier killed in Iraq had some choice words for Trump after his despicable insults to fallen troops' families.

Donald Trump’s decision to ignore the four Green Beret soldiers killed by ISIS in Niger — for nearly two weeks — was disgraceful, but not half as disgraceful as what he did when he finally was confronted with the tragedy by reporters.

As always when his ego is wounded, Trump lashed out. He first blamed the whole thing on "paperwork," tried to deflect by lying about President Barack Obama, used his chief of staff’s dead son as a prop, then proclaimed to bereaved military wife Myeshia Johnson that her husband "knew what he signed up for," and finally attacked both Johnson and her congresswoman.

Meredith, whose son, First Lt. Ken Ballard, lost his life in Iraq, told Trump in a message to VoteVets that it was time to grow up and care about others:

Sadly, Trump is not likely to heed that request. Trump has demonstrated, since long before taking office, that he cannot seem to resist making everything about him. After a horrendous mass shooting at an Orland night club last year, Trump tweeted that he "appreciate[d] the congrats for being right." He has responded similarly to other tragedies.

He response to the hurricane that devastated Puerto Rico has been largely about trying to defend himself from criticism, lash out at the media and at those who are begging for help, and to boast about his response. In nearly every statement and tweet, it is about him.

Now he has managed to turn the deaths of troops killed by ISIS into a story about him.

America needs leadership that is both accountable to the people and respectful of others’ sacrifices. The past few days have hammered home that Trump can never be either.