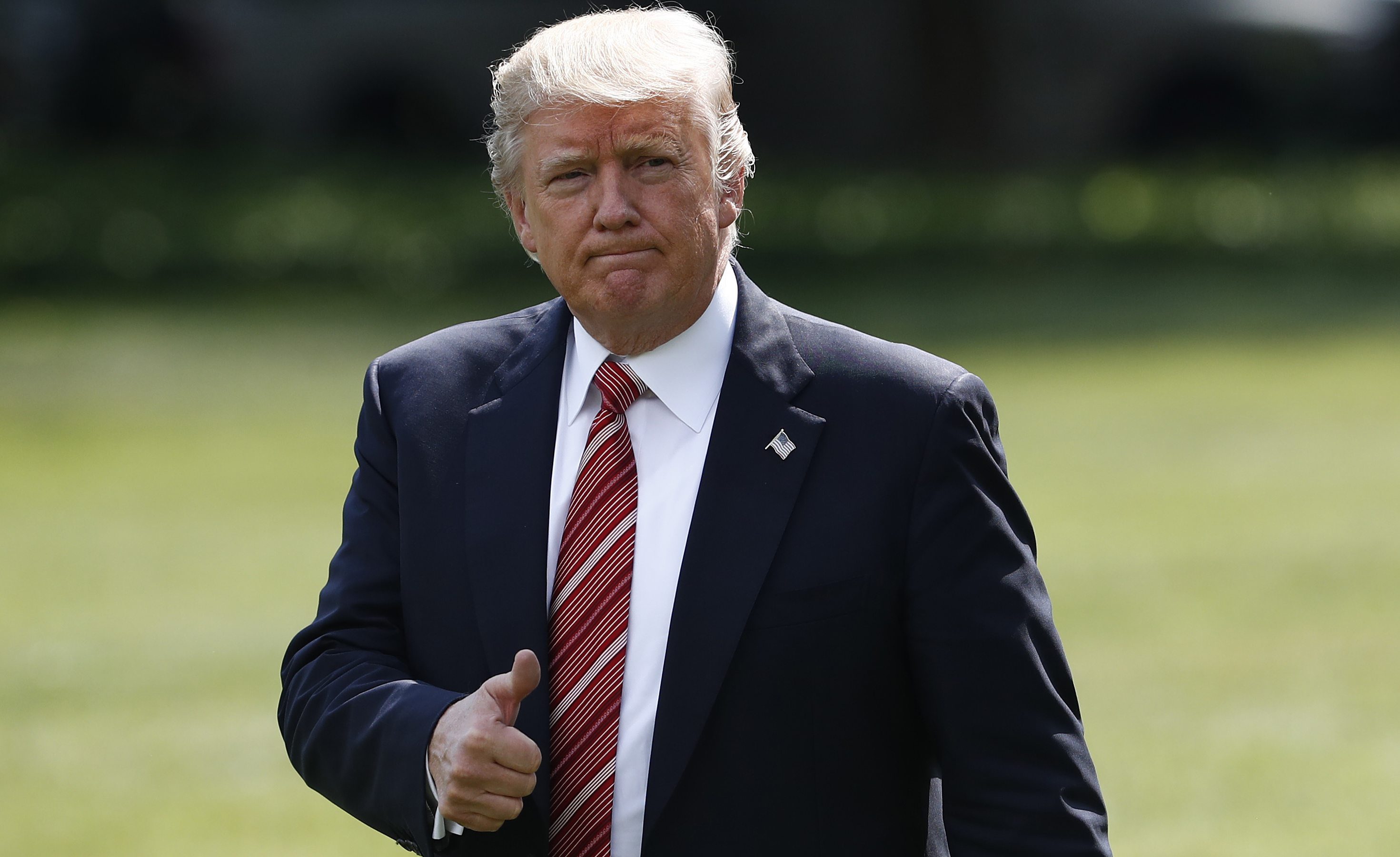 Donald Trump brushed off the concerns of Texans in the path of Hurricane Harvey, wishing them "good luck" as he left early to start his weekend at Camp David.

Donald Trump started his weekend early, leaving the White House a little past 3 p.m. on Friday on his way to Camp David.

As Trump left Washington for the presidential retreat in Maryland, Texas Gov. Greg Abbott had just submitted a request for a presidential disaster declaration as Hurricane Harvey approached the coast.

Asked if he had a message for Texans as the storm approached, Trump said "good luck to everybody" and gave a thumbs-up to cameras.

Asked if he had a message for the people of Texas, Pres Trump said "good luck to everybody," and gave a thumbs up. pic.twitter.com/J6LoXwaHKE

The National Hurricane Center has forecasted "catastrophic and life-threatening" flash floods associated with the storm, predicting rains up to 35 inches in the region.

Yet Trump has chosen to leave the White House, and while the trip is not as far away as his junkets to his golf clubs in Florida or New Jersey, he left the White House as thousands of Americans are facing a potential catastrophe.

Philip Rucker, White House bureau chief for the Washington Post, remarked on the strange decision, noting, "Imagine what then-citizen Trump might have tweeted if President Obama went to Camp David for the weekend as a hurricane neared Texas."

The storm is a serious enough threat that Mike Pence is staying in Washington. According to his spokesperson, Pence has canceled his planned trip to Nevada and will be "monitoring" the storm and "coordinating" with Trump as he spends time at Camp David with Melania Trump, his son Barron, daughter Ivanka, and son-in-law, Jared Kushner.

During the last hurricane that occurred during his term in office, President Barack Obama was briefed on Hurricane Matthew, gave an on-camera statement warning citizens to be prepared for landfall, and canceled a planned campaign appearance to focus on dealing with the aftermath of the storm.

Before leaving on Marine One, Trump tweeted a picture of himself being briefed on the storm with printouts of hurricane maps.

In 2005, President George W. Bush was widely criticized as he was photographed eating birthday cake with Sen. John McCain as Hurricane Katrina made landfall.

Trump is already going down the same path, thanks to his intense focus on not doing his job.