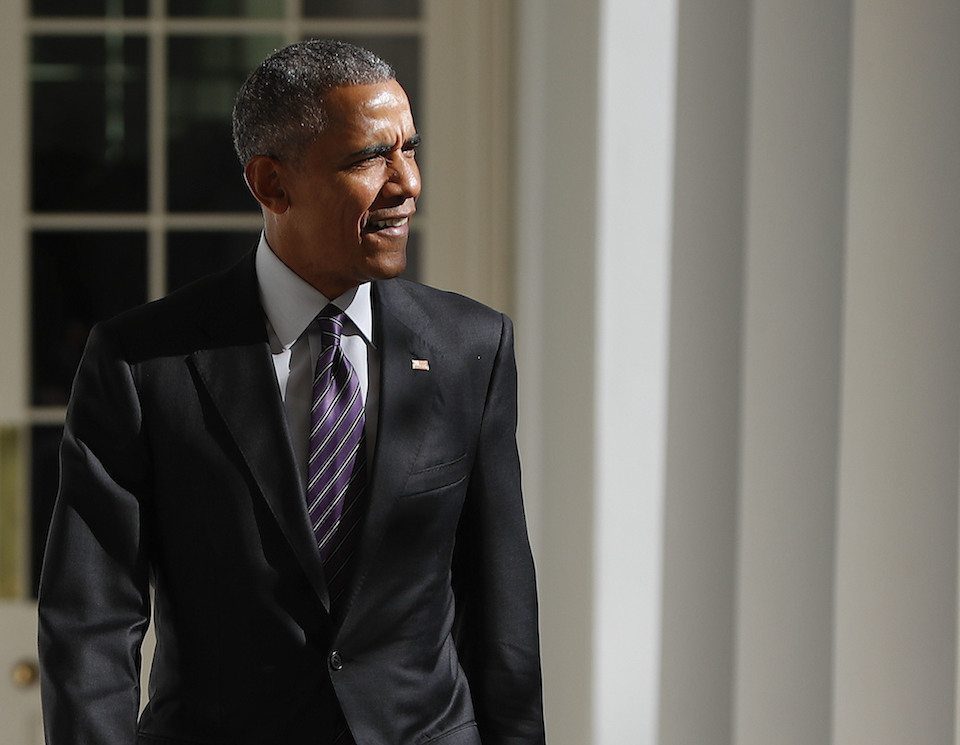 White House counselor Kellyanne Conway tweeted some gross hypocrisy toward Hillary Clinton — and Jess wasn't about to let it go unchallenged. As she put it succinctly, "Sister, you are working for a sexual predator."

Cosmopolitan Magazine launches its How to Run for Office guide

Since the election, over 16,000 women have contacted EMILY's List, eager to get involved in politics and fight back against the Trump agenda. And if you've been thinking about joining them, Cosmo has you covered with its newly launched How to Run for Office guide. Hear from women currently holding or running for office, get advice on how to prepare for a campaign, learn about the value of bringing diverse women's voices to the table — and get excited to make a difference. As New York City Public Advocate Letitia James put it, "First you get emotional. Then you get angry. And then you get motivated."

Sen. Kamala Harris had a sharp reminder for her colleagues

Democratic Sen. Kamala Harris of California is never one to remain silent when it matters. And during a budget committee hearing, she spoke up for the everyday Americans who are too often and too easily ignored and neglected by so many in Congress.

.@SenKamalaHarris: We need to keep our promise to the working people of this country. We need to follow through ... "may" is not enough. pic.twitter.com/aNAQStS2T5

I will say that the problem we're facing as a country right now is Americans are already distrustful of their government. They feel we do not keep our word, we do not keep our promises. The problem with the amendment offered by my colleague is that it reads, 'may' — not 'shall,' not 'will' — 'may.' And this amendment is explicit in saying 'may.' 'May' is not a promise. We need to keep our promise to the working people of this country. We need to follow through. We need to understand: they sit at a kitchen table every night, concerned that they are not going to make ends meet. 'May' is not enough for them.

California Democratic Gov. Jerry Brown signed "the most comprehensive drug price transparency bill in the nation" Tuesday, as one crucial element in the fight to solve drastic economic inequities across the state and the country.

The bill would require drug manufacturers to not only notify insurance carriers and the state prior to any large price hikes for prescription medications, but also to provide thorough justification for the increases to the public.

"Californians have a right to know why their medical costs are out of control, especially when pharmaceutical profits are soaring," Brown declared.

The drug lobby, of course, opposed the bill, spending nearly $17 million dollars to defeat it. But they were no match for California's progressive state government, which puts its people before corporate profits.

Congressional Democrats' "Better Deal" will bring high-speed Internet to everyone

Access to high-speed Internet may seem like a fact of life for many of us, but it is a privilege not available to large number of people in the country, particularly in rural areas. Internet access is only becoming more and more necessary for things like work, school, connecting with friends and family, and keeping up with the news. Lacking access to high-speed Internet is a serious hinderance for many people's livelihoods.

Democrats in Congress want to fix that. As Rep. Cheri Bustos of Illinois writes, their "Better Deal" for the country includes a plan to bring high-speed Internet access to the "23 million [people] who live in small towns and villages across our country, [where] high-speed internet is nonexistent and unobtainable."

"Without access to high-speed internet," Bustos notes, "small businesses can’t grow or connect with consumers. Entrepreneurs have no chance to compete in a global economy. Students are unable to access the internet to help with homework assignments."

Thanks to the efforts of Democrats in Congress, that will change soon, and rural Americans will have the same access to crucial technology that so many others take for granted.

It's October recess time for Congress

Members of Congress are on their home turfs this month, so it's the perfect time to show up in person and make your voice heard. Indivisible has a guide with all the information and instruction you need to get out in the streets, into the town halls, onto the phone lines — and to take back our democracy.

☎️ Call your elected officials and ask them to take action to defend immigrants!#DACA #HereToStay

ACTION ALERT: Head to D.C. on Oct. 18 to say #NoMuslimBanEver

Will YOU say #NoMuslimBanEver with us on 10/18 in D.C.? RSVP for a seat on our bus with @lsarsour here: https://t.co/ZuIYNWu38S pic.twitter.com/8xdl5EnT4b