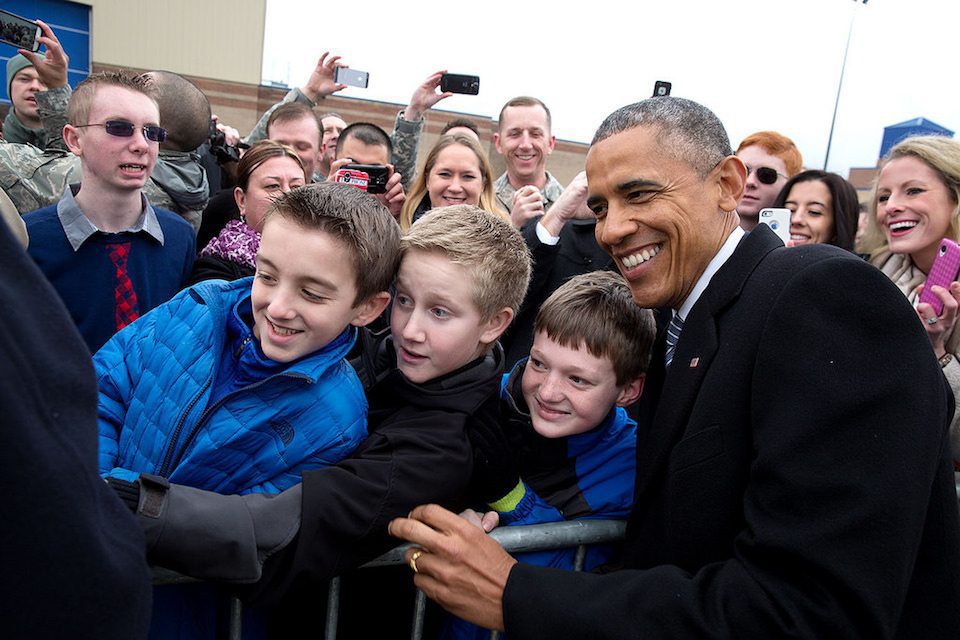 The criminally racist ex-sheriff of Maricopa County, Joe Arpaio, terrorized his community in a number of ways when he was in power. One of the worst was his outdoor jail, "Tent City," where prisoners were exposed to grotesque and inhumane conditions. Fortunately, the man who took his job last November has officially put an end to it and shut it down over the weekend:

For Sheriff Paul Penzone, who ousted Arpaio in last November’s election, closing Tent City was one of the first orders of business. Penzone announced the facility’s closing in April, calling the tents a “circus” rather than a crime deterrent.

Arpaio started his outdoor jail more than 20 years ago. Thankfully, it — like his decades-long reign of terror over the people of Maricopa — is now over.

Sen. Elizabeth Warren leads the charge to get answers about the Equifax data breach

The Massachusetts Democrat has been relentless in her fight to protect the millions of Americans whose security was violated in the disastrous Equifax data breach. On Thursday, Warren demanded more answers from Richard Smith, the former CEO of the credit monitoring company:

Contending that she remains "extraordinarily concerned" about the incident, Warren included nearly 80 questions in her letter to Smith regarding the extent of the breach, Equifax's initial response and issues the company has faced in its efforts to assist consumers in wake of the hack, among other things.

If there is anyone who can get to the bottom of how 145 million Americans' credit was jeopardized — and figure out how to protect them in the future — it's Warren.

As 3 million American on Puerto Rico continue to struggle in the aftermath of the devastating hurricane, and the government response remains slow and inadequate, a group of doctors in New York is stepping up to help.

New York-based physicians are answering desperate calls to bring aid to Puerto Rico, sending teams of medical professionals to hard-to-access parts of the hurricane-battered island that have been largely neglected by the federal government’s relief effort.

FEMA’s absence in mountainous areas, including in the Naranjito and Corozal regions in central Puerto Rico, has led organizations in the mainland United States to build their own pop-up clinics in the these parts of U.S. territory.

Their goal is to fill the void created by the Trump administration’s meager response to the natural disaster.

Jemele Hill is the black ESPN anchor who has been targeted by Donald Trump for daring to tell the truth: that he rode a wave of white supremacy to the White House. ESPN has suspended her for publicly supporting NFL players protesting police brutality — who have also been targeted by Trump.

The women's advocacy group UltraViolet is calling on those who believe in free speech to fight for Hill:

By suspending Hill, ESPN is basically taking orders from Trump to silence anti-racist protests. If we stand by, other networks will be cowed into ignoring freedom of speech and freedom of the press, and will stop speaking out for what's right. But ESPN is already enduring a sharp backlash, and our outrage can reverse this decision.

You can do your part and #StandWithJemele.

Meet Hope, a new online media and action platform to help everyday Americans stay current on the biggest news stories and the actions they can take. Its creators say it's "like a personal political advisor for every American giving them brutal honesty about what the options for actions really are."

ACTION ALERT: Save the Iran deal

While Trump is threatening to undo the Iran deal that prevents Iran from developing nuclear weapons, Congress can and should stop him. That means Congress needs to hear from you, and J Street has the tools you need to contact your senators and make sure they know they need to save the deal and stop Trump from leading us down the path to war.

If you live in Virginia, or know someone who does, remember that Election Day is less than a month away, and Monday is the last day to register to vote. Register now and spread the word.