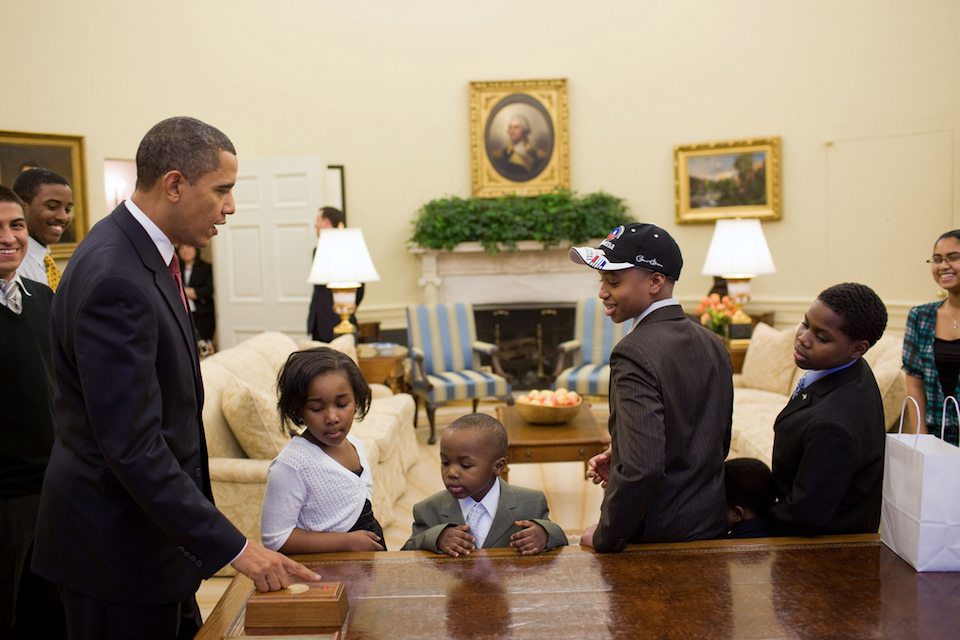 Since the Trump administration announced that it's trying to make it harder for women to access affordable birth control, the pro-choice leaders in Congress have sent a letter to clearly explain why "birth control is health care, plain and simple."

Led by Democratic Leader Nancy Pelosi and the co-chairs of the Pro-Choice caucus, Reps. Diana DeGette, Louise Slaughter, and Nita Lowey, and signed by 189 members of Congress, the letter spells out why birth control is so critical to women's health:

How could anyone argue against that? Access to affordable birth control is, as the the letter also states, "a public health success story." We should be celebrating it, not trying to take it away.

ACTION ALERT: What you can do to protect birth control

With the Trump administration's new rule to let employers decide whether to cover birth control, it's important to talk to your boss to make sure your birth control will be covered. Planned Parenthood has a handy toolkit to help you get that conversation started so that you and your coworkers can keep your birth control.

Men in Congress have a bad habit of trying to silence, dismiss, or just outright disrespect their women colleagues. Rep. Pramila Jayapal, in just her first term in the House, has already had plenty of it. Just because men try to talk down to her doesn't mean she's going to sit silently and take it. Watch her put Republican Rep. Darell Issa in his place.

Thank goodness we have so many men in Congress to mansplain our naiveté. Here’s to you, @DarrellIssa. pic.twitter.com/sr7N3sWcsy

House Democrats push for research on medical marijuana for vets

Support for decriminalizing marijuana continues to grow, with polls showing majority support among Americans and support specifically among veterans. So every single Democrat on the House Veterans’ Affairs Committee signed a letter to the Veterans Administration to encourage research on medical marijuana specifically for vets.

“VA is uniquely situated to pursue research on the impact of medical marijuana on veterans suffering from chronic pain and PTSD given its access to world-class researchers, the population it serves, and its history of overseeing and producing research resulting in cutting edge medical treatments,” the letter said.

“VA’s pursuit of research into the impact of medical marijuana … is integral to the advancement of health care for veterans and the nation.”

ACTION ALERT: Help get out the vote in Virginia

With Election Day less than two weeks away, it's time to help get out the vote in Virginia. Indivisible Charlottesville has this handy video to let you know just how easy it is to get out there, talk to voters, and make sure everyone who can vote does vote.

The fight for all Jane Does continues

While the 17-year-old immigrant known as Jane Doe was finally able to have an abortion Wednesday, after the Trump administration fought her in court to try to stop her, the fight for other young immigrants denied their right to basic health care continues.

So on Thursday, activists and advocates showed up to the office of Scott Lloyd, Donald Trump’s director of the Office of Refugee Resettlement (ORR), to demand an immediate reversal of the policy of interfering in women’s access to essential reproductive health care — including safe, legal abortion. And they delivered 75,000 signatures from others demanding the same.

On Thursday, Shareblue Media National Political Writer Matthew Chapman appeared on Cheddar to discuss the chaos in the Senate GOP caucus, during which he cautioned not to read too much into Jeff Flake’s retirement speech as a sign of broader Republican discontent with Trump.