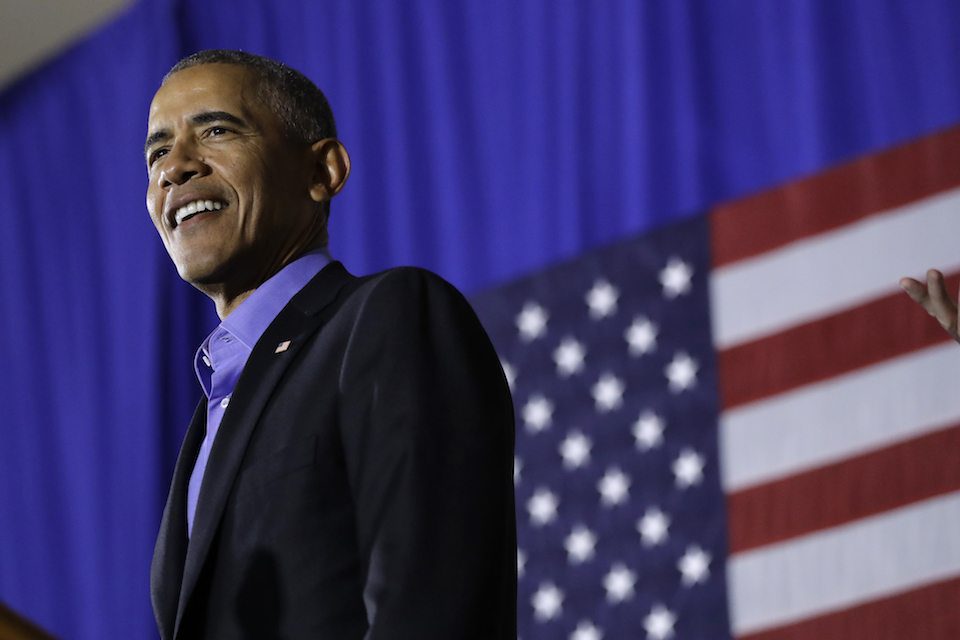 If you need health insurance or want to check out your options for switching to a new plan, you can get started ... now! Open enrollment for the Obamacare marketplaces starts today and runs through December 15.

Go to healthcare.gov to find plans available to you. And if you need some guidance, or if you've got coverage and want to pitch in to help spread the word, visit covered.indivisible.org to get all the information you need.

In the race for governor of Virginia, Democrat Ralph Northam has record-setting enthusiasm on his side

In just six days, Virginia voters will head to the polls to choose their next governor, and right now, Democratic nominee Ralph Northam is busy setting records.

In just the month of October, Northam raised over $10.8 million dollars — more than any Virginia gubernatorial candidate before. And 89 percent of donations in October were $100 or less, meaning this campaign is powered by everyday Americans, not super-rich special interests.

And those Americans are doing more than donating — they're showing up, knocking on doors, and making phone calls. And setting records there, too.

Northam also setting records for volunteer engagement. All that fretting about a lack of Dem enthusiasm for #VAGov seems misplaced pic.twitter.com/SS6MD0mSyY

Congressional Democrats and progressive groups will rally to say "Not one penny!" for tax cuts for billionaires

The tax scam being pushed by Trump and the GOP is nothing but a massive giveaway to corporations and the richest people in the country (like Trump's kids). They have no desire to actually help the average American make ends meet and live a better life.

But the Democrats do, and they are keeping up the fight.

The Rally to Resist the Republican Tax Scam is happening TODAY at 1:00 ET outside the U.S. Capitol. Join House Democratic Leader Nancy Pelosi, Sens. Elizabeth Warren and Ron Wyden, Reps. Joseph Crowley, Pramila Jayapal, and Ted Lieu, and representatives from dozens of progressive organizations like MoveOn and the Center for American Progress to tell Trump and GOP cronies, "Not one penny!"

If you can't make the rally, you can still make your voice heard: call up your members of Congress, whether Republican or Democrat, and demand that they put everyday working people ahead of millionaires and billionaires who never have to spend a moment wondering how they'll make the rent and or put food on the table.

And if someone asks for your signature as you're going about your busy day? Follow this lady's lead:

I'm sharing my #MeToo moment in the hope that my colleagues, & current/former staff who feel safe to do so, will join me. #MeTooCongress pic.twitter.com/dsGFhJ5joo

Now, she wants to make sure that other victims of sexual harassment and assault in the halls of Congress are treated with compassion and urgency.

Speier will introduce legislation next week that would speed up the complaint process with the Congressional Office of Compliance, and would require elected officials and their staffers to attend sexual misconduct awareness training courses. Currently, the complaint process is drawn out and laborious, which can deter victims from even trying to file a complaint, noted Speier's spokesperson Tracy Manzer.

Speier's bill would also empower the Office to investigation cases on its own, which it cannot currently do, to "give the process more teeth," she noted.

Other women on the Hill have also spoken out with their stories of harassment, proving that no amount of power can protect any given person from being preyed upon. But with Speier's bill, that could start to change, and not a moment too soon.

If gun safety is a crucial issue for you — as it ought to be for every one of us — and you want to know what is being done about it, and how you can help, Organizing for Action has got you covered.

Join OFA on a call November 2 to get an update on current legislation and on ways you can make your community safer. Register now to reserve your spot and get to work.

Conservatives in government and business keep coming for our birth control, as Democrats continue to fight back.

And some major companies are also standing up for their workers and for the rights of everyone to control what happens to their own bodies.

Jeff Clarke, CEO of Kodak, said no matter what the Trump administration does, his company "will continue to be a champion of women's rights in the workplace and will continue to provide insurance for birth control."

And major record labels Universal Music Group and Warner Music Group both assured their employees that their access to contraception will remain intact.

Good to know they're not all Hobby Lobby.