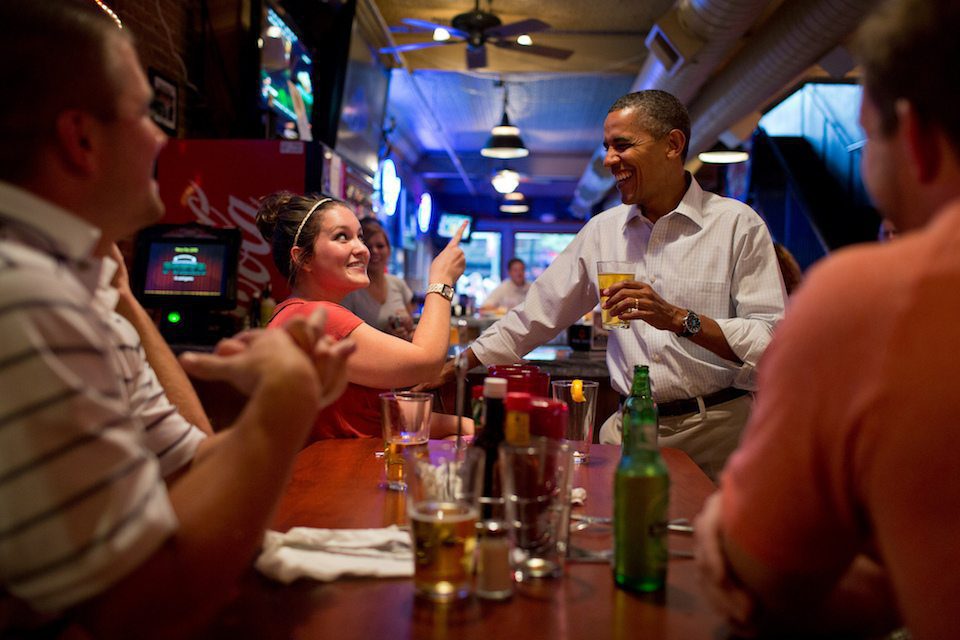 Indivisible Roanoke thanks Republican congressman for inspiring them — and for quitting

On Thursday, Rep. Bob Goodlatte announced he will not seek re-election next year. The Republican has been a loyal lapdog for Donald Trump, but after the Tuesday blowout in his state, he's decided not to bother running next year. And the Indivisible folks in his district couldn't be happier.

It’s appropriate that Rep. Goodlatte’s announcement falls just two days after Virginia’s election, with control of the House of Delegates still hanging in the balance. Pollsters and pundits were caught off guard because their projections assumed typical turnout patterns for an off-year election. Turnout wasn’t typical. An energized Virginia electorate blew past projections and turned out in record numbers. And for that, we thank Rep. Goodlatte.

History may well judge this reinvigorated culture of civic participation, and a powerful Resistance, here in Roanoke and our nation, to be his most lasting and important legacy.

Congressman Goodlatte, thank you for reinvigorating us and bringing us together. And while we profoundly disagree on policy, we sincerely thank you for your public service.

ACTION ALERT: It's never too soon to register to vote and stay up to date

Yes, Tuesday was Election Day, but there's always another Election Day ahead. No matter where you live, it's never too soon to make sure you and every single person you know is registered to vote. As part of its new program for 2018, INDIVISIBLE435, the Indivisible team has a handy tool for you to use to make sure you are registered and that you will get information about upcoming elections in your area. Sign up and stay informed.

EMILY's List President Stephanie Schriock: "The Democratic village is huge and working together to win"

So many people and organizations worked so hard for all the glorious victories of Tuesday night. But EMILY's List, the organization dedicated to electing pro-choice women, certainly deserves an awful lot of credit, having helped so many young and diverse women unseat so many old white men whose time was definitely up.

Stephanie Schriock, president of the incredible organization, has a great piece you should read about how it all happened:

In a sweeping indictment of Donald Trump and his Republican Party, the coalition Democrats have spent the past year building delivered historic wins Tuesday night up and down the ballot and across the country — and we did it with Democratic women leading the way. [...]

The results of this election make one thing clear: Democrats have the coalition we need to win in blue and red states, from cities to rural small towns. I am proud of the work we all did — and even prouder that we did it together. Donald Trump should take note: Women are just getting started.

Washington Democrat Suzan DelBene absolutely destroyed any notion that the Republican plan is anything other than a tax hike on the middle class to give handouts to billionaires and corporations.

This is EXACTLY why we must defeat Trump's tax plan.pic.twitter.com/Q7ZwF9H2xJ

The Latino Victory Fund ran a controversial and very powerful ad in Virginia to help defeat Republican gubernatorial nominee Ed Gillespie — and caught a lot of heat for it. Cristóbal Alex, president of Latino Victory Fund, wrote an op-ed in the Washington Post explaining why, and promising his organization will continue to fight just as hard:

We understand the backlash. Never had a Latino organization been so aggressive in its defense of our community. When facing vicious, racist attacks, we usually turn the other cheek or point our finger at the bully. This time we threw a jab to the throat. And we will continue to stand up to these attacks in the future.

ActLocal is a coalition of progressive organizations and leaders — Planned Parenthood, Emerge America, Greenpeace, League of Conservation Voters, Shareblue Media, and so many others — dedicated to helping build progressive movements at the local level. The group is holding training sessions in November throughout the country, so find one near you and sign up.