Home National Good news for people who want to do good: Day 270
Progressive journalism is under attack. Please help us fight back!
DONATE 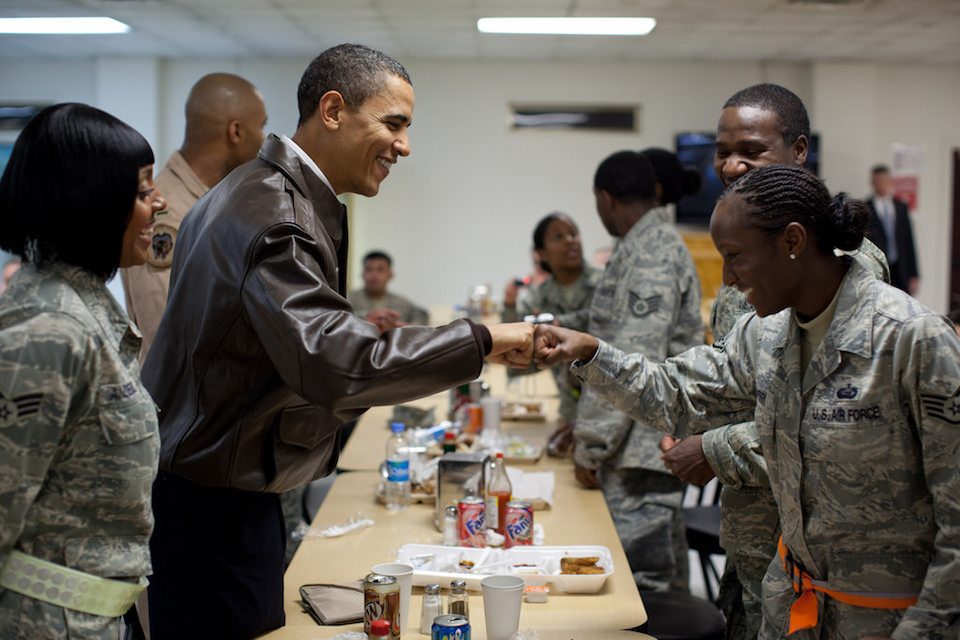 Welcome to your daily roundup of good news about good people, how you can help make a difference — and a picture of President Obama to get your week started off right.

House Democratic Leader Nancy Pelosi slams Trump: "He does not speak from the basis of knowledge."

Rep. Nancy Pelosi has been in politics for a long time, and she's worked with a lot of Republicans, including on the far right, over the years. But as she noted to George Stephanopoulos, Donald Trump is his own brand of self-centered, fact-free intransigence.

We're moving from one thing to the next because that's the chaos that exists in the White House right now. Maybe he's being ill-advised, I don't know. But I do know that when he speaks, he does not speak from the basis of knowledge. That's why it's so hard to deal with him. I have said to him, when we've had our differences with Republicans across the aisle, or down Pennsylvania Avenue, we've always been able at least to go forward based on data, evidence, facts, a bottom line in terms of a number. To say, 'Unless I get a wall, I'm going to shut government down,' is totally irresponsible for a president of the United States.

"This is the equivalent of health care arson," Murphy stated. Trump is ready to set "the entire health care system on fire, just because the president is upset that the United States Congress won't pass a repeal bill that is supported by 17 percent of the American public."

If the actions of Trump and the GOP are enraging you, make your voice heard on Election Day. But before that, you must register to vote. Find your state's registration deadline here and then make sure your name is on the rolls.

And for Virginia voters, where a crucial race for the governor's seat is heating up, that deadline? It's TODAY. You know what to do.

The Cook Political Report has some very interesting numbers for Democratic voters looking to take back the House in 2018: 36 Republican-held seats in states across the country are in competitive races.

Democrats have a golden opportunity next year to make the GOP pay the price for their shameless support of the Trump agenda. A great way to help make it happen is to join up with — or create! — your local Indivisible group, to get folks in your district fired up and ready to go to flip those red seats to bright blue.

The Democratic Party wants Hispanic voters to know they are seen and heard and valued beyond measure. And Spanish-speaking Americans deserve all the same connection and attention as anyone else.

Congress has until the end of the year to pass the DREAM Act and protect 800,000 young undocumented immigrants from Trump's heartless deportation plans.

So it's time to get going: Oct. 16-22 is a week of action to call on Republicans to sign on to a clean DREAM Act. Join MoveOn members and allies in speaking out on behalf of immigrants, showing up at your elected official's office, and making sure everyone in the GOP knows that DREAMers are #HereToStay.