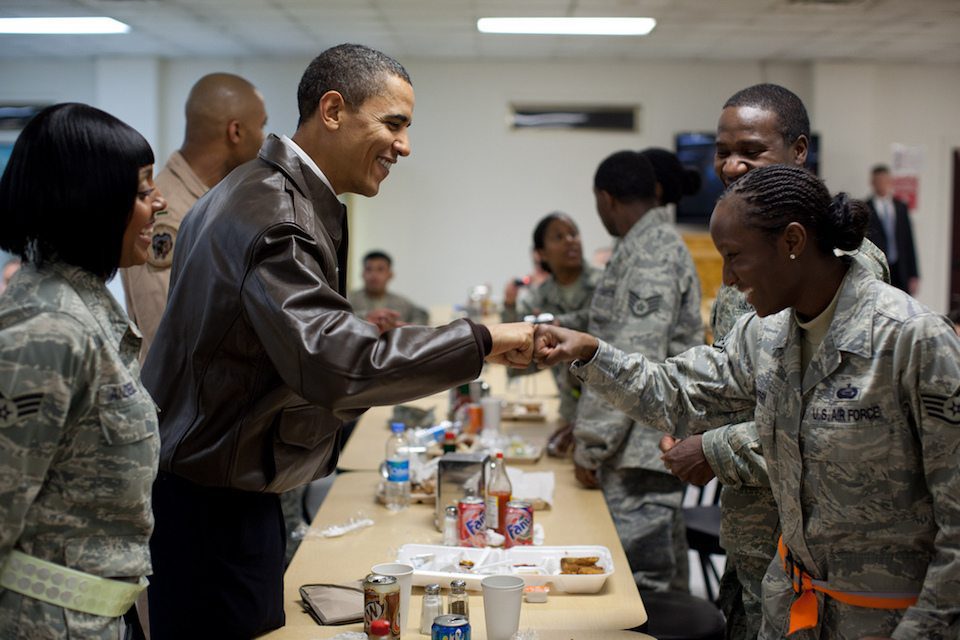 While our country is still littered with all types of monuments to the traitors who led the Confederate war against the United States, there will be one less monument to this disgrace in Mississippi. And the replacement is absolutely perfect:

A predominately black public school in Mississippi named after Confederate President Jefferson Davis will be stripped of that moniker next year and replaced with that of another president whose character students, parents and teachers have said is more fitting — Barack Obama. [...]

[PTA President Janelle] Jefferson said the school community wanted to rename the campus "to reflect a person who fully represents ideals and public stances consistent with what we want our children to believe about themselves."

If every school, road, and building named to honor treason adopted this approach, think how much better a country we would be.

A teenager who fled to the United States for an abortion, and has been held by the government at a shelter in Texas for the past six weeks, received incredibly welcome news from U.S. District Judge Tanya S. Chutkan on Wednesday. The judge ordered the government, "promptly and without delay," to allow the minor, Jane Doe, to have the medical procedure.

Chutkan said the government appeared to be presenting Jane Doe with two options: Voluntarily return to a nation she fled to procure an abortion, or carry an unwanted pregnancy to term [...]

This week, MoveOn and other progressive organizations are focused on sending a clear message to Congress to pass the DREAM Act to protect young undocumented immigrants from deportation so they can stay in the only home they've ever known. Click here to show your support and find an action near you — or create one of your own.

A bill that passed this week in New York City will benefit victims of domestic violence and sexual abuse by making it easier for them to take the time they need to get help without fear of losing their jobs:

The bill, which on Tuesday passed the City Council unanimously, seeks to amend the city code in order to extend paid time off to include what’s been labeled “safe time,” allowing victims of abuse to access rape crisis centers, domestic violence shelters or any other service they need following an assault without worrying whether their jobs are at stake.

“Often times, women would miss appointments with either a DA, or miss appointments at the police precinct, or, unfortunately in cases, had to go and serve orders of protection, they had to go themselves and weren’t able to do that because they weren’t able to take the time off work,” Councilwoman Julissa Ferreras-Copeland, one of the bill’s main sponsors, said during a press conference.

Mayor Bill de Blasio has not said yet whether he will the bill, though he did express his support for it when it was introduced.

Our very own Executive Editor Jess McIntosh joined a panel on CNN Wednesday to talk about health care. In just 30 seconds, Jess perfectly explained why Trump's multiple attempts to repeal Obamacare have failed so spectacularly:

You can't sell a plan that you don't understand. And he did not understand what was in it. ... Obama had to become an actual expert on health care in order to get that passed. Remember all the political capital that he spent getting that done? A lot of that was because he learned how to sell it specifically to the senators he needed to sell it to. Trump is not going to do that.

Democratic Sen. Chris Murphy of Connecticut has been a fierce and fearless fighter for gun safety. And in once concise and brilliant thread, with lots of links to his evidence, he laid out exactly why "smart gun laws" do save lives.

THREAD: For years, @GlennKesslerWP has been arguing that smart guns laws don't save lives. With great respect, he's wrong. Here's why.

On Tuesday night, after news broke that Trump had finally reached out to the family of a soldier who died two weeks ago in Niger — and that he had been horrifying disrespectful during the call — Americans responded with grace and kindness. Overnight, people raised $200,000 on GoFundMe for the children of Sgt. La David T. Johnson. In just one night. As of Thursday morning, the total is $546,000.