Home National Good news for people who want to do good: Day 274
Progressive journalism is under attack. Please help us fight back!
DONATE 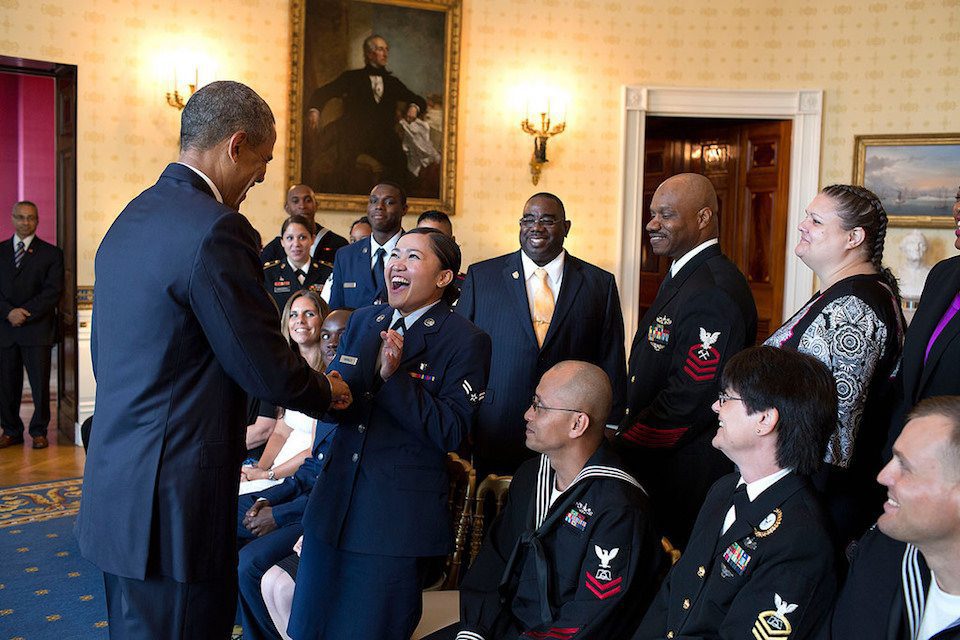 President Obama hit the road on Thursday to campaign for New Jersey Democrat Phil Murphy and Virginia Democrat Ralph Northam, both of whom are running for governor in their respective states. As you can imagine, the crowds were very happy to see him again.

"I will refer you both to the Constitution, as well as to Michelle Obama," Obama said, "to explain why that will not happen."

Remember, Election Day is Nov. 7. If you live in a state holding an election next month, or you know someone who does, mark your calendar and make sure to get out the vote.

Democrats are working to protect access to birth control without employers having the right to veto it. Sens. Patty Murray and Bob Casey and Reps. Diana DeGette, Louise Slaughter, Judy Chu, and Lois Frankel introduced legislation to continue protecting coverage of birth control with no copay.

More than 62 million women have access to birth control coverage, thanks to Obamacare, and they shouldn't lose it just because the radical Trump administration thinks bosses should get to veto women's health care. As Cecile Richards, president of Planned Parenthood Action Fund, said in a statement:

It is unbelievable that in 2017, some DC politicians see access to birth control as being up for debate. Planned Parenthood applauds the members of the U.S. Senate and House who are doing what this administration will not: standing up for women, and fighting for basic health care. [...] We cannot move this country forward by leaving half the population behind. It’s time for leaders across the country to stand with these champions in Congress and make it clear that we will not let this administration take us backward.

Exactly. Hopefully, that's a message the rest of Congress will get — because millions of women are depending on it.

Shocking as it sounds, some insurance companies are offering coverage for gun owners just in case they shoot someone and want to claim "self-defense." In other words, they're selling murder insurance. Yes, it's absolutely appalling. But you can join the movement to stop it.

The state of Kansas was bankrupted and devastated by a Republican tax scheme to make the middle class pay for tax cuts for the rich. Now Republicans in Congress are trying to do the same thing to the whole country. But the people of Kansas already know it doesn't work. If you don't believe it, just listen to them:

Remember Mike Pence's ridiculous — and very expensive — stunt at a football game in Indiana, where he walked out to protest the protesters? The stunt was planned in advance, and it cost taxpayers more than $200,000. So Democratic Reps. Ruben Gallego, Ted Lieu, Pramila Jayapal, Jamie Raskin, and Brendan Boyle sent him a letter demanding he pay us back for the cost of his stunt:

[W]e urge you to reimburse the Treasury for the full cost of your trip. Flying across the country and back at taxpayer expense simply to enter and then immediately depart a football stadium serves no discernible public interest. Instead, the fact that your campaign immediately sought to capitalize on this exercise in order to solicit donations leaves the distinct impression that this trip was purely political in nature and was unrelated to your official duties.

After Trump finally reached out to the family of a soldier who died two weeks ago in Niger — and could not even offer his condolences without insulting them — people raised $200,000 on GoFundMe for the children of Sgt. La David T. Johnson. As of Friday morning, the total is $605,875.