Home National Good news for people who want to do good: Day 287
Progressive journalism is under attack. Please help us fight back!
DONATE 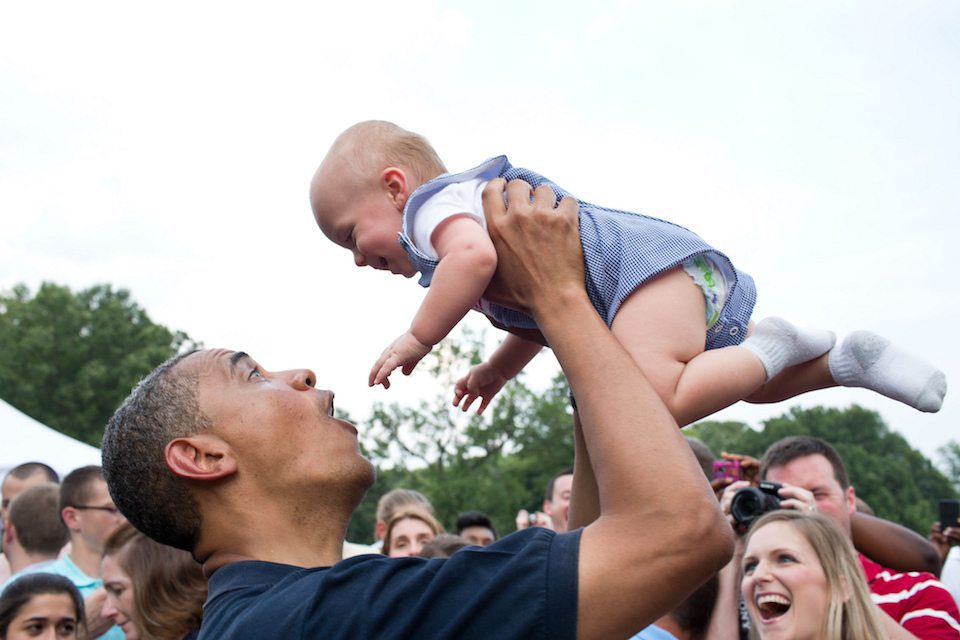 While Republicans continue to fight amongst themselves, Democrats have a brand new plan to help working Americans. This new addition to the Democrats' Better Deal would strengthen the rights of workers and give them the power and tools and protection they need.

House Minority Leader Nancy Pelosi explained, in an exclusive statement to Shareblue Media, why the Democrats' new plan is so critical for working Americans:

The hard-working women and men in organized labor have paved the path to higher wages, better health care, safer working conditions and stronger retirement security for all. Right now, the One Percent is doubling down on their attempts to take away the rights of workers — who also face a staggering assault under the Republicans’ ruinous tax bill.

Under Democrats’ new plank in A Better Deal, we will ban laws that undermine workers’ freedom to negotiate through unions; ensure accountability for predatory corporations that violate workers’ rights; and strengthen the right to strike for better wages and working conditions.

ACTION ALERT: Get covered — because President Obama said so

If you need health insurance or want to look for other health insurance options, the time is now. Go to healthcare.gov to find the right option for you. And make sure all your friends, family, neighbors, and everyone you know does the same. Thanks to Obamacare, we all have a right to affordable health care. Make sure you use it.

Today’s the day! You can go to https://t.co/p8DQwo89C7 and sign up for health coverage. Need a pep talk first? @BarackObama has you covered. pic.twitter.com/78DAFgUV77

This is truly amazing. A man in Michigan wrote a song for his congressman, Republican Dave Trott, and his horrible bill, H.R. 1849, which would exempt law firms like the one Trott happens to own from certain consumer protections against abusive debt collection practices. You might recognize the melody, and you'll definitely enjoy the lyrics.

We got some talented folks here in #Mi11. Watch: tribute to greedy @repdavetrott & his attempts to enrich himself before he leaves office. pic.twitter.com/Iw4qbcaJP6

The story of what is happening to 10-year-old Rosa Maria Hernandez and her family is nothing short of horrifying. A week ago, she was being rushed to the hospital for emergency surgery when the ambulance she was in was stopped at an immigration checkpoint. Border Patrol agents followed her to the hospital and then immediately detained her after her surgery. She's now being held by the government, separated from her family because of their immigration status.

It's a tragic story, but you can help. The ACLU has an easy tool for you to use to contact the Office of Refugee Resettlement and demand Rosa Maria be released immediately and reunited with her family.

Tough-as-nails Sen. Tammy Duckworth gets tough on the drumbeat to war

Illinois Democrat Tammy Duckworth was an Iraq war veteran and hero before she was a member of Congress. And when it comes to matters of war, and keeping our troops safe, she does not mess around. So because Donald Trump continues to hint at war with North Korea without seeming to understand the consequences of such a war, the senator sent a letter to him, demanding he come clean about the cost of the war he seems so eager to have:

I fear the country is being deprived of an accurate assessment of what war against the DPRK would entail. Every citizen requires a transparent assessment of these costs to hold their elected representatives accountable for votes that carry life or death consequences. Accordingly, I am requesting you act swiftly to provide the public with declassified estimates of potential casualties, costs and a range of end states that could result from a limited or full-scale war against the DPRK. [...]

We must never allow the consequences of war to be hidden from Americans. To be clear, I am not a dove, but I am also not a reckless hawk, with scant appreciation for what the men and women in uniform, and their families, sacrifice every single day on behalf of our great nation. As long as I am serving in the United States Senate, I will do everything in my power to prevent a repeat of the past rush to war.

Trump might not care about the consequences of war, but at least there's a real war hero in the Senate who does and isn't afraid to ask the hard questions for all of us.

ACTION ALERT: Pink out the vote in Virginia

Election Day in Virginia is less than a week away, and there's a lot riding on this race — for the next governor, lieutenant governor, attorney general, and 100 delegate seats that will determine the commonwealth's future. Whether you live in Virginia or just want to help, it's important to make sure to get out the vote. Planned Parenthood of Virginia is here to help:

We need YOU to help us #PinkOutVA. Sign up today to ensure a pro-reproductive healthcare advocate becomes governor. https://t.co/wgzxNeV6Ma pic.twitter.com/WDDe9xYdy4

Hillary Clinton is still ready if you want it, Fox News

Hillary Clinton appeared on "The Daily Show" Wednesday, and host Trevor Noah had a little gift for her: a montage of Fox News hosts and guests referring to her presidency. If only.

"This seems to be a theme with them," she said. "And I can only say, if they want to make that world a reality, I'm still ready."