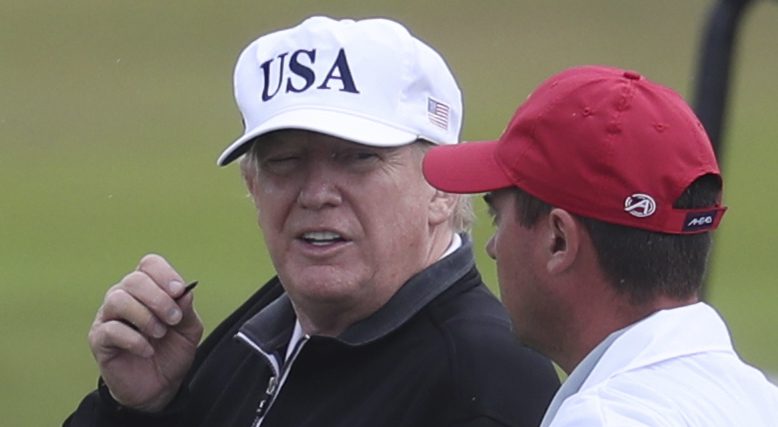 There's no Trump scandal the GOP isn't willing to ignore.

Congressional Republicans acknowledge that a trio of Trump cronies from Mar-a-Lago were given secret control over the Department of Veterans Affairs — but they refuse to investigate the scandal.

"There wasn’t anything I could do about it," Isakson said of the unprecedented VA arrangement. "It was certainly disruptive and held the VA back some, but we got a great secretary now," he said, referring to recently-confirmed VA Secretary Robert Wilkie.

Rep. Phil Roe (R-TN), who chairs the House Veterans’ Affairs Committee, has also made clear he's not going to hold the Trump administration accountable for the VA controversy, which was first revealed by ProPublica earlier this month.

ProPublica reported that three Trump associates with no experience in government or the military have been exerting “sweeping influence” over the already-troubled VA.

One former administration official told ProPublica that VA executives had to go down to Mar-a-Lago to “kiss the ring” of the three men: Marvel Entertainment Chairman and CEO Isaac “Ike” Perlmutter, Palm Beach doctor Bruce Moskowitz, and lawyer Marc Sherman.

It is astonishing that three private citizens, one of whom is a reclusive movie studio executive, were given sweeping authority to run a sprawling federal agency without any public accountability.

It's even more troubling that the federal agency in question was the VA, which is responsible for the well-being of millions of veterans.

Sen. Bill Cassidy (R-LA) dismissed the Mar-a-Lago story as nothing more than "Trump derangement syndrome" on the part of Trump critics.

But the outrage over the latest VA scandal isn't being driven by Trump's more partisan critics.

And over the weekend, former VA Secretary Anthony Principi said he “found it astounding” that three wealthy friends of Trump were able to exert such influence over VA policy.

A lifelong Republican, Principi was appointed to run the VA under President George W. Bush.

"If these [Mar-a-Lago] assertions are true, I don’t think that’s good governance," Principi said. "It’s not the way the nomination and appointment process should work."

But as happens so often under Trump, Republicans in Congress are ignoring serious allegations of political corruption and walking away from their oversight duties.

And some Republicans, such as Sen. Mike Rounds, go so far as to defend Trump's actions.

But according to ProPublica's report, Perlmutter, Moskowitz and Sherman weren't just casually consulting with Trump about the VA. Instead, they had authority to review "all manner of policy and personnel decisions" and urged the agency to "start new programs."

That's why ProPublica said the arrangement was "without parallel in modern presidential history."

It seems there's no Trump scandal the GOP isn't willing to ignore.