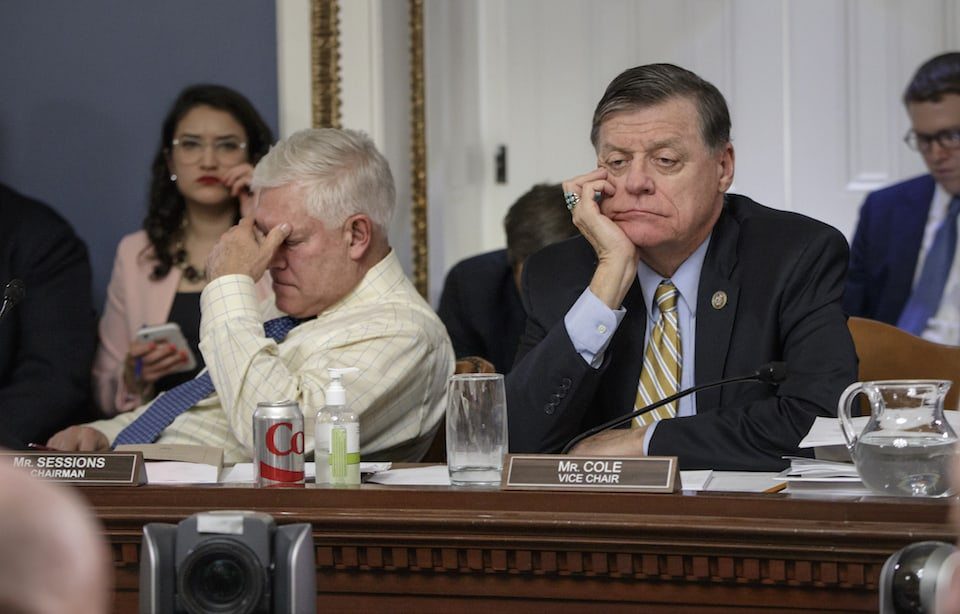 Republican congressman Tom Cole admits that yet another GOP-engineered shutdown of the government, as they are currently threatening, would be "an indictment" of how the party operates — especially since they run the government now.

Republicans are threatening to shut down the government if Donald Trump does not get the money he is demanding to build his impractical and wasteful border wall. Even worse, Trump is throwing temper tantrums about getting his wall and making noise about holding back on subsidies for the health care exchanges put in place by Obamacare, potentially impacting the lives of thousands.

But the Republicans are now in charge of the White House, the House, and Senate for the first time in years.

Speaking to Defense News, Rep. Tom Cole (R-OK) admitted that this dysfunctional behavior and its possible outcome — another Republican-engineered shutdown of the federal government — would be "an indictment of Republican governance."

Cole pointed out that, in his perspective, Congress needs to pursue a bipartisan budget deal, not a continuing resolution (CR) or a shut down. He told the news outlet, "Our Defense Department has been operating under the assumption that we would have a budget, and they have been spending at the level of that budget. If you had a CR that lasts to July, you will have a very negative impact on defense."

Unwilling to work with President Barack Obama on a long-term budget, Republicans often passed continuing resolutions during his presidency which funded operations on a stopgap basis. But after winning the White House, it is notably odd that Republicans cannot get their party together enough to do any better.

The looming issue with the budget echoes the failure by Trump, House Speaker Paul Ryan, and Majority Leader Mitch McConnell to pass consequential legislation during Trump's first 100 days. While Obama passed key legislation like the American Recovery and Reinvestment Act, which devoted $831 billion to successfully fight the Bush recession, Trump has nothing of even half that scale to show for his time in office.

The last government shutdown lasted 16 days as a result of Republican intransigence on Obamacare. The GOP continues to demonstrate that it has learned nothing and is not interested in governing, even when it is in complete control.