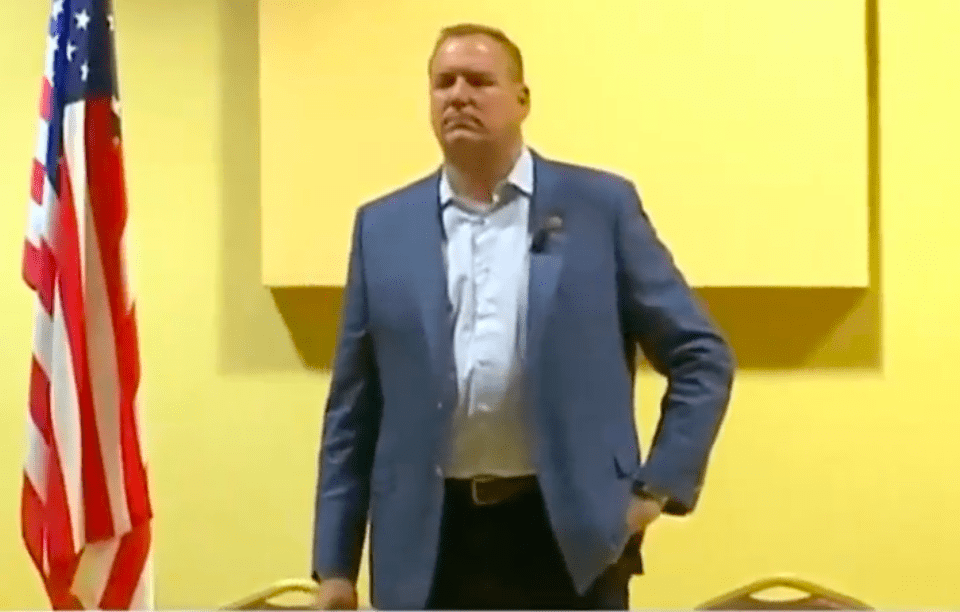 Fox10
Get The American Independent in your inbox

Rep. Jeff Denham (R-CA) decided to reach for the absurd at a town hall meeting with his constituents by comparing the serious concerns they expressed to him about Donald Trump's missing tax returns and his ties to Russian elements to the "birther" conspiracy theory that President Obama was not born in the United States.

Denham was asked by a voter if he would support an independent investigation of Trump's ties to Russia, and if he would ask Trump to release his taxes.

DENHAM: So, yes and no. So let me start off with the first question. An independent investigation, first of all I believe that regardless of what the investigation is, it always starts in the House and Senate committees first. And so we have the Investigative Committee going on a bipartisan level in the House, we also have a Senate — let me finish. We also have a Senate one going on.

Remember President Obama got on TV and said, 'You guys knock it off, Russia,' that there was something going on, he knew something was going wrong then. And I felt we needed to have an investigation back then, and I was pushing it. So, yes, under Democratic control, under Republican control, if you're hacking into our system, if you're trying to manipulate elections, then yes we need to hold whatever country is accountable. (applause)

DENHAM: As I said, under the previous administration, I supported the House and Senate [unintelligible] for the [unintelligible]. But secondly, I would say the FBI needs to conclude its investigation.

With this deflection, Denham adds himself to the growing ranks of Republican members of Congress who have offered up increasingly odd defenses of Trump as they face town hall resistance.

The line of defense offered by Denham is even more ludicrous because Trump himself spent much of the Obama presidency advocating for the birther conspiracy, appearing often on Fox News as something of an ambassador for the idea.

Dismissing these key issues as if they were conspiracy theories is dishonest, and it will not work. But Denham chose to try anyway.