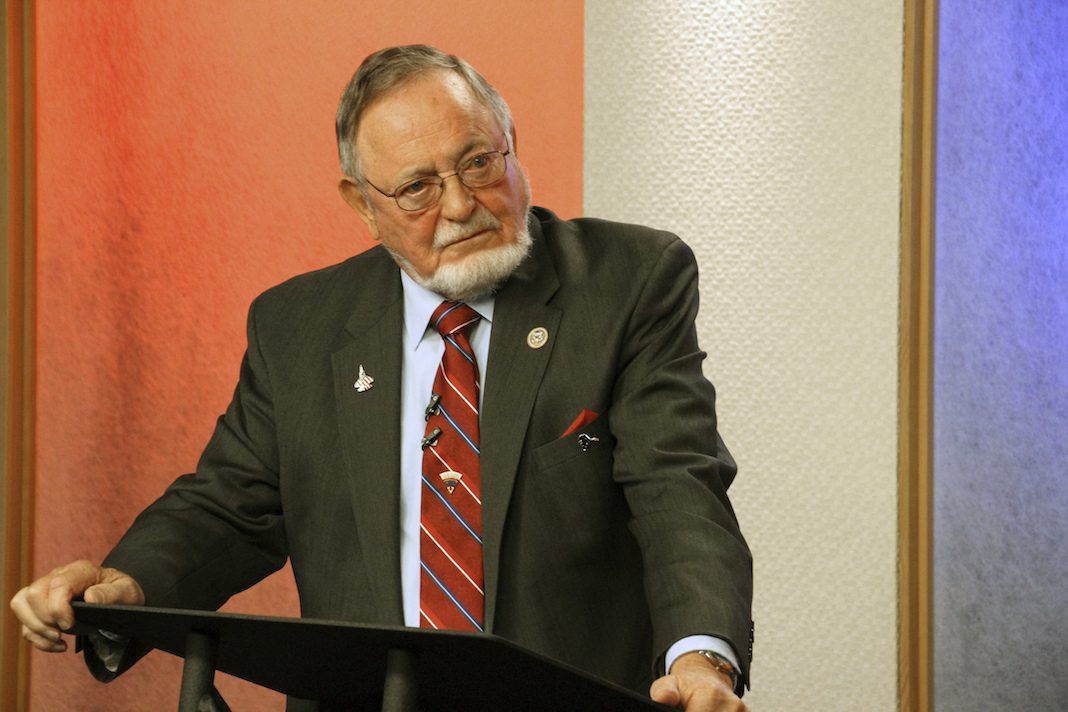 Don Young's controversial four-decade career may be coming to a close.

If there's a Democratic blue wave on Tuesday, Republican Rep. Don Young's run as the longest-serving current member of Congress could come to an end.

Representing the deeply red state of Alaska, Young was first elected to Congress in 1973 and has been re-elected 22 times in a row after that.

A public education advocate, Galvin "is one of the strongest challengers Young's ever had," notes Alaska Survey Research, which conducted the latest survey.

Although statistically the race is a tie, with Galvin ahead by just 1 point, that's still a remarkable place for Young to be right before Election Day.

As Alaska's only congressman, Young has been winning re-election with ease for decades. In 2000, he bested his Democratic opponent by 53 points, and then by 57 points in 2002.

The 85-year-old Republican did have an electoral scare in 2008, but withstood the Barack Obama Democratic surge by winning re-electing by 5 points, and then by 35 points in 2012.

Young often gets categorized as an eccentric whose outlandish behavior makes headlines.

But he's really a bully.

Last year, when House Minority Leader Nancy Pelosi (D-CA) was excoriating the Republican tax proposal on the floor of the House, Young interrupted her by yelling, "Time's up!"

But House rules are clear that there is no time limit for how long the House minority leader is allowed to speak. Young wasn't just rude; he was wrong, too.

He also has a long record of inflammatory, insulting, and plainly racist comments.

"How many Jews were put in the ovens because they were unarmed?" Young asked this year, suggesting more guns would've curbed the Holocaust.

In 2013, Young used a racial slur when recounting how his family's farm used to be run. "My father had a ranch," Young told a radio interviewer. "We used to hire 50 to 60 wetbacks to pick tomatoes. You know it takes two people to pick the same tomatoes now. It’s all done by machine."

That may be why 44 percent of Alaska voters have a negative view of Young, compared to just 14 percent who feel the same way about Galvin.

As a politician who has spewed lots of incendiary rhetoric, it would be fitting if voters finally unplugged Young's four-decade run during the Trump era.