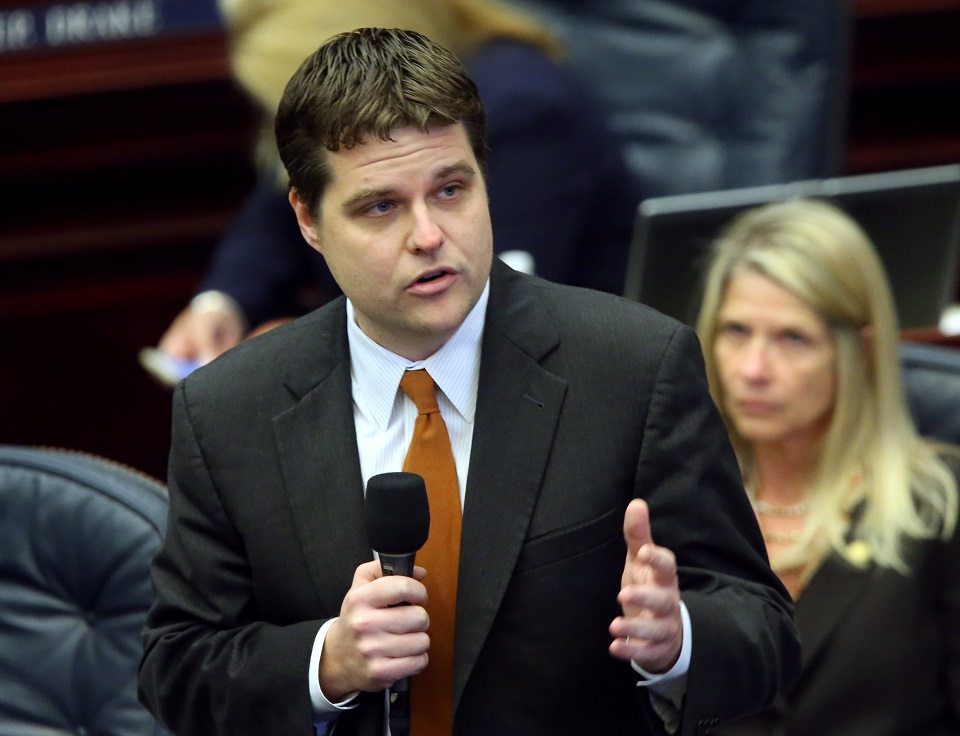 Rep. Matt Gaetz (R-FL) apologized and deleted a threatening tweet he sent to Trump's former lawyer Michael Cohen, hours after doubling down on his attack.

In the now-deleted Tweet, Gaetz warned Cohen that he might be exposed for an alleged affair during Cohen's Wednesday testimony before the House Committee on Government and Reform.

Legal analysts said that Gaetz's Tweet may have violated 18 U.S. Code 1512, which relates to “tampering with a witness, victim or an informant.”

"We still are allowed to test the veracity and character of witnesses, I think," Gaetz told Ward, not sounding too confident in his own defense.

But after House Speaker Nancy Pelosi warned that Gaetz's threats "may not be protected by the speech and debate clause" — which states that members of Congress are "privileged from arrest ... for any speech or debate in either house" of Congress  — Gaetz capitulated and deleted the offending tweet and issued an apology.

"Speaker, I want to get the truth too," Gaetz tweeted just before midnight, a few hours after Pelosi's warning. "While it is important 2 create context around the testimony of liars like Michael Cohen, it was NOT my intent to threaten, as some believe I did. I’m deleting the tweet & I should have chosen words that better showed my intent. I’m sorry."

Pelosi didn't mention Gaetz by name, but her warning about social media posts not being covered by the speech and debate clause was clearly in response to Gaetz's ill-conceived threat.

"I encourage all members to be mindful that comments made on social media or in the press can adversely affect the ability of House committees to obtain the truthful and complete information necessary to fulfill their duties," Pelosi said. "As a result, such statements can be construed as not reflecting creditably on the House, and the Committee on Ethics should vigilantly monitor these types of statements."