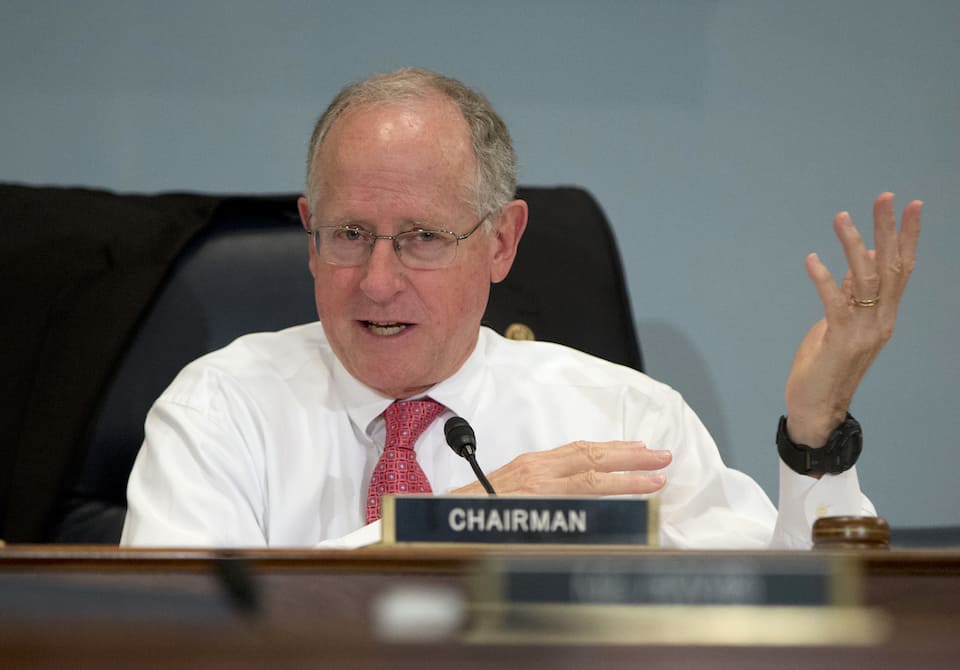 At a recent town hall, Rep. Mike Conaway (R-TX) told constituents that it wasn't his "role in Congress" to denounce hate speech, then proceeded to engage in some hateful speech of his own against gay people.

At a recent Chamber of Commerce town hall in Brownwood, Texas, Republican Rep. Mike Conaway demonstrated some trademark GOP by refusing to denounce hate speech, then turning right around and denouncing what can only be described as love speech.

According to KTXS, Conaway was asked about denouncing hate speech, and this is what he told constituents at the hastily arranged town hall:

CONAWAY: That's not my role as a member of Congress, but I will lead—

CONSTITUENT: I'm just asking you to be a leader.

CONAWAY: I will lead as often as I can. Whether it meets your expectations, I don’t know.

At the same event, Conaway was asked if he still opposes marriage equality (he does), and when asked a follow-up about civil unions, he responded by explicitly denouncing a very specific form of speech:

CONSTITUENT: You were against gay marriage, you opposed most of the gay rights issues that have come up. Are you anti-gay? Do you still oppose gay marriage?

CONAWAY: No, I'm not anti-gay, I just believe that marriage is between a man and a woman.

CONSTITUENT: Would you be pro civil unions?

Conaway's cowardice on hate speech is right in line with Donald Trump and his administration, as are his hateful views on civil rights, and both are features of mainstream Republicanism.

What makes Conaway's comments more disturbing than your average Republican bigotry is that he is now in charge of the House Intelligence Committee's Russia investigation, after Chairman Rep. Devin Nunes (R-CA) was forced to recuse himself because of his potentially unethical conduct, which is now being investigated.

Conaway's comments are not just hateful and bigoted; they are deeply ignorant. Marriage equality is no longer up for debate; it is a constitutionally guaranteed right.

Conaway's ignorance makes him unfit to represent the people of his district, and just as surely, his cowardice and ignorance of the law make him unfit to lead the Trump/Russia investigation.