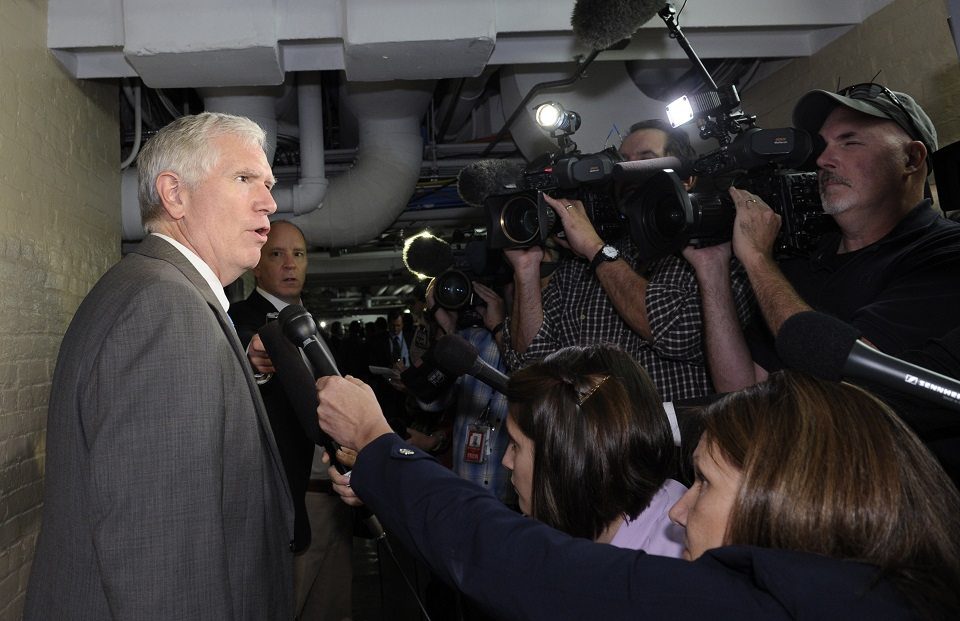 A Republican congressman now admits that the widespread protest and resistance to Trump at town hall meetings is working, and as a result Obamacare could live.

Speaking to a local talk radio show in Alabama, Rep. Mo Brooks (R-AL) said that boisterous town hall meetings are having an effect on Republicans in Congress, noting: “There are a, in my opinion, a significant number of congressmen who are being impacted by these kinds of protests and their spine is a little bit weak.”

And I don't know if we're going to be able to repeal Obamacare now because these folks who support Obamacare are very active, they're putting pressure on congressman and there's not a counter-effort to steel the spine of some of these congressmen in tossup districts around the country.

Brooks also appears worried that his fellow Republicans may pass legislation simply designed to satiate the rabid conservative base, but does not go far enough towards his dream of destroying the program.

And you may not even see a vote to repeal Obamacare, you might see something where they call it a repeal but really it's an amendment. You and I have talked about this before. We need an outright repeal of Obamacare and then whatever's gonna come after it, fine, let's have that discussion. But this monstrosity needs to be repealed and right now, in my judgment, we don't have the votes in Congress to pass a repeal bill, in part because of what these people are doing.

Republicans have faced a mass uprising in response to their plans to attack Obamacare, after the Affordable Care Act expanded health insurance to over 20 million Americans. Town hall meetings have seen overflowing crowds of voters confront Republicans with real stories about how their lives and the lives of their families will be upended if the Trump-Ryan agenda becomes law.

In response, Republicans have cancelled many town halls, derided real voters as paid campaigners, or run away from constituents after cutting events short.

But this mass resistance is having multiple effects – Obamacare has not been this popular since 2010, and now the Republican wall is beginning to crack.