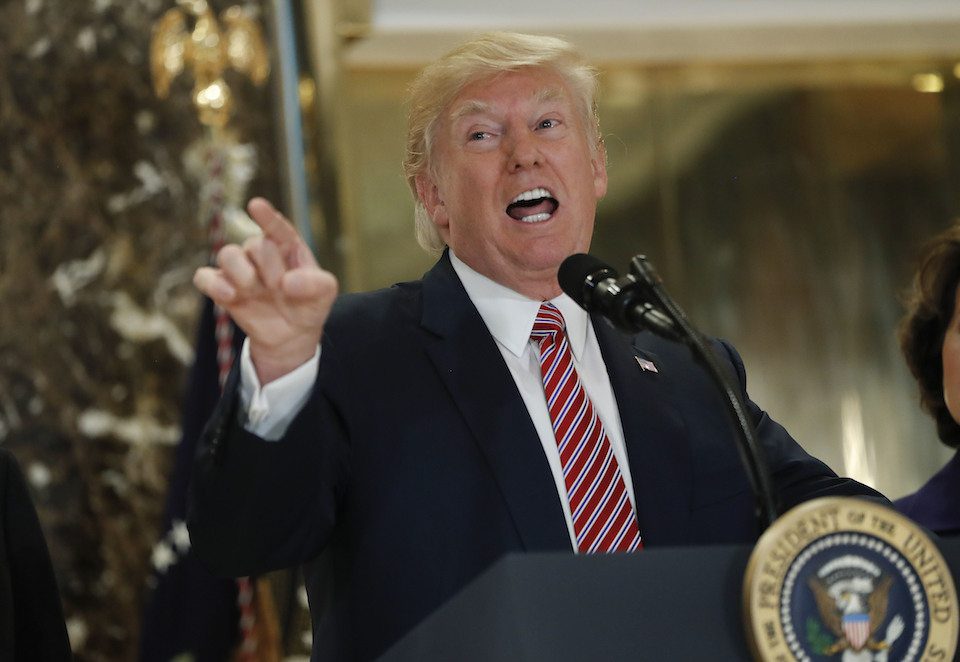 Trump's supporters claim it never happened, but it did.

"Are you going to allow the media to lie to you by falsely claiming that he said there were 'very fine white supremacists' in Charlottesville? He didn't say that. It's a lie," said Jack Brewer, a member of Black Voices for Trump who was charged earlier this month with insider trading.

Trump very much did call the white supremacists and neo-Nazis in Charlottesville — one of whom ran over an anti-racism protester and killed her — "very fine people."

Here is a transcript from the time:

TRUMP: Excuse me, they didn't put themselves down as neo-Nazis, and you had some very bad people in that group. But you also had people that were very fine people on both sides.

"If you look at what I said, you will see that that question was answered perfectly," Trump said in 2019.

Trump supporters, including Wednesday's convention speaker, have insisted he did not actually say what he said, despite video evidence.

MSNBC even broke into the convention programming to fact-check Brewer's lie.