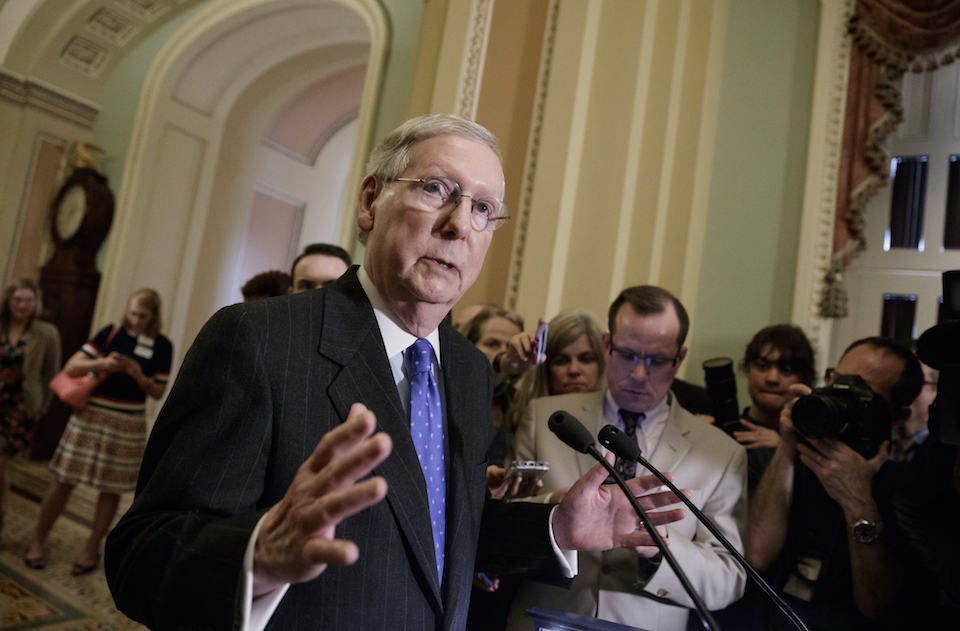 As the Senate prepares to pass an Obamacare repeal bill in secret, Capitol hill reporters were told Tuesday they can no longer film interviews with senators in the hallway, as they've been doing every day for years.

The new conditions are striking. Not only does the senator being interviewed have to consent in advance, but the Senate Rules Committee must give permission for the conversation to take place.

The move comes as the Republican Senate prepares to pass the historically unpopular repeal of Obamacare with a bill kept secret from the American public, as well as most of the senators themselves.

As Democratic Sen. Chris Murphy of Connecticut noted, the timing is quite suspicious:

Maybe not the right moment to lower the secrecy veil on Congress. To whoever is trying to protect Senators - we can fend for ourselves. https://t.co/YSbTuaIZKV

Reporters responded with immediate outrage, as the unprecedented move affects much of the standard coverage on Capitol Hill.

Senate Rules Committee and @SenateSAA trying to SHUT DOWN press access in halls. No more staking out hearings without permission. Not OK.

Bloomberg reporter Kevin Cirilli complained about his sudden lack of access as well:

I was just told I cannot stand outside of the Budget Committee hearing room to interview lawmakers. https://t.co/gBdkztGLfO

NBC senior reporter Kasie Hunt responded to the news by tweeting out the Capitol phone number and a request for Americans to call for journalists to be allowed to hold elected representatives accountable.

Do YOU want to see journalists hold your elected representatives accountable? Call the Capitol and say so: 202-224-6352 https://t.co/hTuOioMH87

In a week like this, where the health care of 23 million Americans hangs in the balance, accountability and transparency could not be more important.