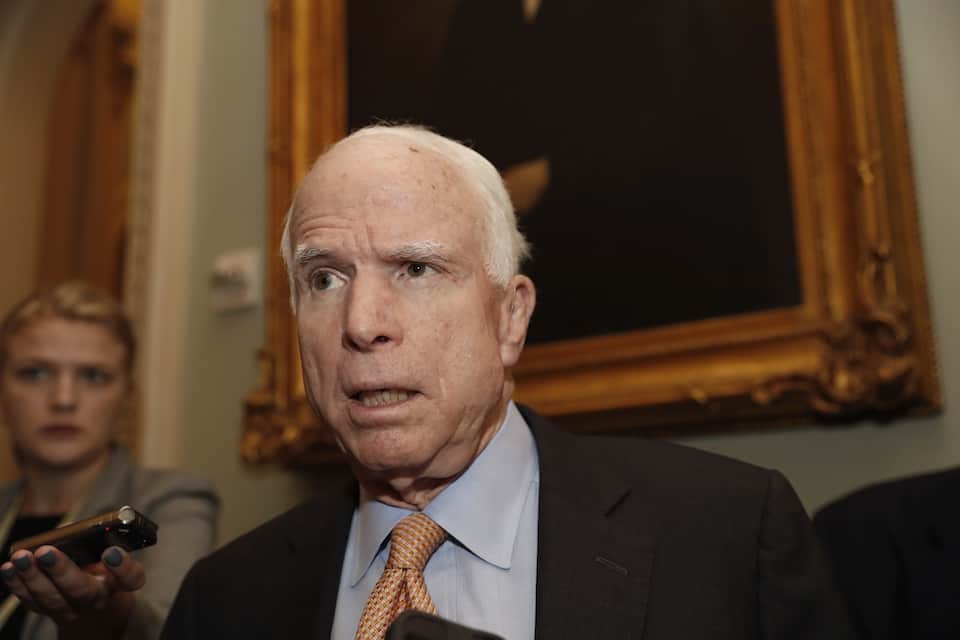 The White House's response to reports that Donald Trump leaked classified intelligence to Russia in the Oval Office has alarmed Democrats, but Republicans are dragging their feet and deflecting from the serious story, once again putting party over country.

Republicans have been starkly blasé in reaction to the bombshell revelation that Donald Trump gave Russia classified secrets, betraying the confidence of the ally who gave them to America.

The Trump White House issued statements from Secretary of State Rex Tillerson, National Security Adviser H.R. McMaster, and Deputy National Security Adviser Dina Powell pushing back on the story. But all three simply stated that Trump didn't speak about sources and methods with the Russians. McMaster reiterated this dishonest defense in a brief appearance before cameras, after which he declined to take questions from the media.

But that isn't the allegation the story made. Rather, it reported that Trump gave up the details of a classified location, which endangered people working undercover, and handed valuable intelligence to Russia. The move could help ISIS, while cutting off the flow of vital information from an ally.

Wall Street Journal reporter Rebecca Ballhaus pointed out that just last week, Trump himself claimed "that his aides' information wouldn't always be accurate" — a statement made as the administration's lies about the firing of FBI director James Comey unraveled.

But rather than condemn leaks of intelligence critical to the fight against ISIS, Trump’s fellow Republicans have offered meek and mild reactions about the president jeopardizing national security and critical relationships with our allies.

Sen. John McCain (R-AZ), the most prominent Republican on foreign policy and national security issues, responded to the report with a distressing lack of urgency or concern, saying: "We certainly don't want any president to leak classified information but the president does have the right to do that."

A spokesperson for House Speaker Paul Ryan (R-WI) said he "hopes for a full explanation" from Trump, but "we have no way to know what was said."

Sen. Lindsey Graham (R-SC) could only muster up enough courage to tell a reporter the report would be "troubling" if it was true.

Sen. Jim Risch (R-ID) was even more defensive, noting, "It's no longer classified the minute he utters it," a response that dismisses the consequences of revealing secret information to Russia, as well as betraying the confidence of the ally who gave it to us.

Sen. Bob Corker (R-TN) at least appeared to acknowledge there was a problem, but told reporters it was solely up to the White House to get its house in order: "The White House has got to do something soon to bring itself under control and in order. It's got to happen."

During an appearance on Fox News, Sen. Ben Sasse (R-NE) was asked if he was concerned about the story. "There's lots we don't know," he said.

Sen. Marco Rubio (R-FL) simply claimed he had not seen the story, and thus wouldn't comment on it. And thus far, Senate Majority Leader Mitch McConnell has not issued any response whatsoever.

And while the GOP is still cravenly trying to parse statements and deflect the seriousness of the issue, Democrats are much clearer on just how dangerous it is for the president to compromise our national security and endanger agents working undercover.

Sen. Mark Warner (D-VA) wrote,"If true, this is a slap in the face to the intel community. Risking sources & methods is inexcusable, particularly with the Russians."

Sen. Ron Wyden (D-OR) called the breach "of the gravest possible concern," adding, "It could harm our national security by cutting off important sources of intelligence that protect Americans against terrorist acts."

Tom Perez, chairman of the Democratic Party, said, "The president can't be trusted with highly classified information—he should stop pointing fingers at "leakers" & start looking in the mirror."

In a statement, Senate Minority Leader Chuck Schumer declared, "The President owes the intelligence community, the American people, and Congress a full explanation."

And House Democratic Leader Nancy Pelosi was clear about the danger, no matter the circumstances: "Even if President Trump unwittingly blew a highly classified code-word source to the Russians, that would be dangerous enough. If the President outed a highly classified code-word source intentionally, that would be even more dangerous."

The Trump administration's response to this major breach is dishonest speech and dissembling, and their Republican allies have once again chosen party over country to back them up in a sordid display.