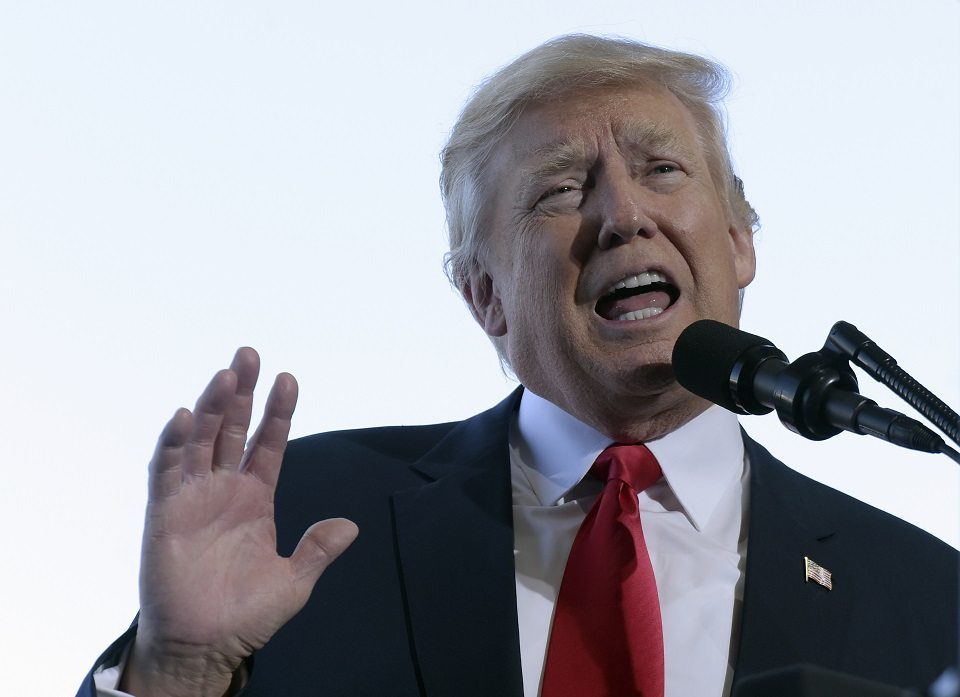 Donald Trump has suddenly decided he is happier caving to Democrats to get things done, and that has members of his own party desperately scrambling to spin it.

Amidst Republican anger and confusion over Donald Trump’s stunning move to work with Democrats to cut a debt and disaster relief deal, and fearing it was only the beginning, the GOP is bracing for the possibility of more Trump pacts with the opposition party.

Trump and Democrats “have agreed to pursue a deal that would permanently remove the requirement that Congress repeatedly raise the debt ceiling,” the Washington Post reports. That type of move would infuriate most Republican members.

Note that Trump reportedly basked in the glory of the positive news coverage his deal with Democrats produced, which could signal his willingness work more often across the aisle.

“Trump raved about the positive news coverage it had received, according to people familiar with the calls, and he seemed very pleased with his decision,” Politico reported.

On Thursday, Trump surrendered his beloved Twitter account to House Minority Nancy Pelosi who told him he needed to tweet words of encouragement to DACA recipients. In Pelosi's words, "This is what I asked the president to do and boom, boom, boom, the tweet appeared."

On Thursday on the Fox Business Network, Office of Management and Budget Director Mick Mulvaney emphasized how Trump was “annoyed” with Republican leaders.

On Friday, Trump, echoing Democrats, seemed to signal to Republicans that they should finally move on from any further attempt to repeal and replace Obamacare:

This is a big deal. It looks like Trump has now called on Republicans to drop Obamacare repeal and move on: pic.twitter.com/IU4pFnJu3A

All of this is leading to anger and confusion within the GOP ranks. “I’m a pretty intelligent guy, but I don’t understand this,” said Arizona Sen. John McCain. “Haven’t seen anything like it before.”

“Right now I think this is more of a one-off than a trend that we’re going to be looking at going forward,” Rep. Mark Meadows assured supporters.

Similarly, Speaker of the House Paul Ryan tried to calm GOP fears by claiming the unexpected deal was just Trump wanting to have “this to be a bipartisan moment for the country.”

But that spin, of course, wouldn’t explain away any attempt by Trump to team up with Democrats in coming months to eliminate debt ceiling votes.

Meanwhile, the larger, looming panic for the GOP likely revolves around this frightening scenario for the party: What if Trump supporters like it when he cooperates with Democrats and is seen as "getting things done" in Washington, D.C.?

On Fox News, Newt Gingrich tried to turn the tables and frame the Trump give-away as trouble for Democrats.

“If Nancy Pelosi and Chuck Schumer make this a habit," he said, "they will have a rebellion on the Left in a matter of weeks.”

In theory, Democrats making deals with Trump could produce a backlash among the progressive base and a general outcry about empowering a white nationalist president. But in this specific instance, there’s been virtually no criticism because Trump gave away the store in his deal with Democrats — he gave them exactly what they wanted and earned nothing unusual from them in return.

What he earned was the passage of a funding bill for victims of Hurricane Harvey. Trump has had so few congressional wins this year that it’s possible a traditionally non-controversial vote on disaster relief funding counts as a win for him. But incredibly, even that "win" came with 90 Republicans voting no. And that might just be the beginning.

"It's now possible that Trump's biggest legislative wins this year will be more spending and raising the debt cap—the exact opposite of what Tea Party Republicans came to DC to do,” notes Mike Allen at Axios.

So yes, the GOP is panicked and bewildered by Trump’s erratic behavior.

Welcome to the club.