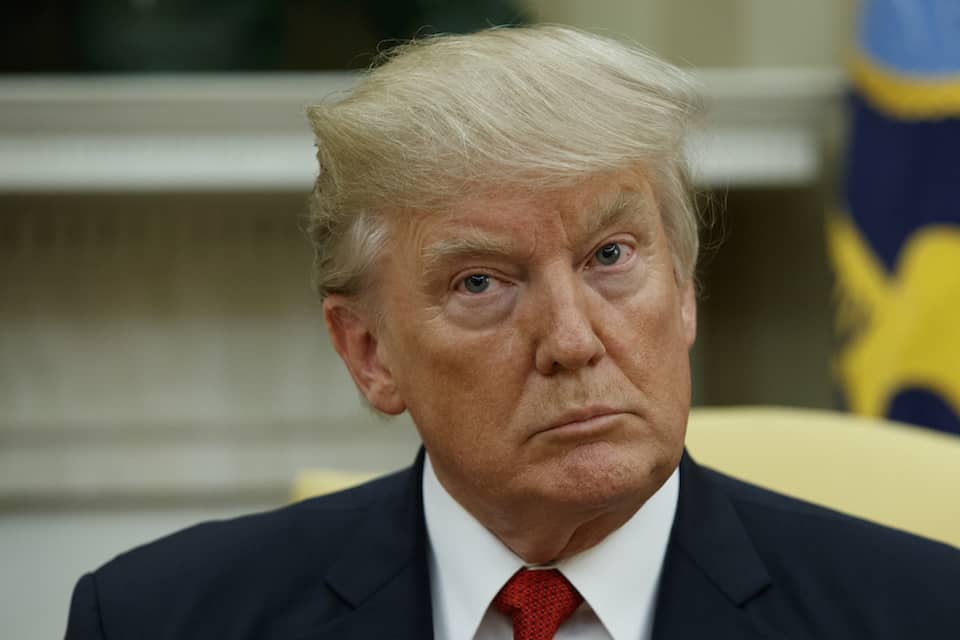 Trump may be digging a massive hole for Republicans running in districts Hillary Clinton won in 2016.

Trump might think his racist, vitriolic rhetoric condemning immigrants makes for good partisan politics for Republicans during an election year.

But for dozens of GOP politicians who are up for re-election in November, immigration might be the issue that seals their defeat.

Increasingly, Republican Party officials fear that the GOP's continued failure to pass immigration legislation, combined with Trump's inhumane family separations at the border, will add momentum to a blue wave of Democratic upsets.

"Centrist" Republicans heading home for the July 4 recess are "wondering how to spin another defeat" on immigration reform, the conservative Washington Examiner reports.

Republicans who were hopeful about voting through an immigration bill this summer were once again embarrassed as two different conservative immigration bills failed to pass. The Republican caucus couldn't come to a consensus on what to do, and the GOP was stymied by Trump's inconsistent messaging on which bills he would support.

Indeed, the Republican Party has chronically failed to deal with immigration for years, as its radical right wing has constantly thwarted all bipartisan legislative attempts to fix the issue.

And if the Examiner's reporting is any indication, the GOP is still learning the wrong lessons from its constant defeats.

"The voters demand security first, but every attempt in Congress dating back to the [President George W.] Bush proposals holds security hostage to reform,” one Republican insider told the Examiner. "We keep failing because we keep trying to jump the entire stairwell. It’s like we have amnesia every time and can't remember why the last one failed.”

In fact, however, most voters of both parties want comprehensive immigration reform that addresses both border security and a path to citizenship for undocumented immigrants.

The creeping GOP panic today over immigration is especially acute among the many Republicans running for re-election in House districts that Hillary Clinton won in 2016. There, the horror story of Trump ripping families apart at the border is not playing well with swing voters, especially women.

The issue is “hitting home” with voters, one GOP operative recently confessed to CNN. “It’s not just affecting border districts but suburban women as well."

Trump's self-inflicted humanitarian crisis over family separations has prompted international condemnations, and sparked massive protests across the country over the weekend.

To date, the Trump administration still refuses to say what it has done to reunite the families it separated at the border.

And time is running out for Trump: a federal judge last week ordered that children under the age of five be returned to their parents by next Tuesday.