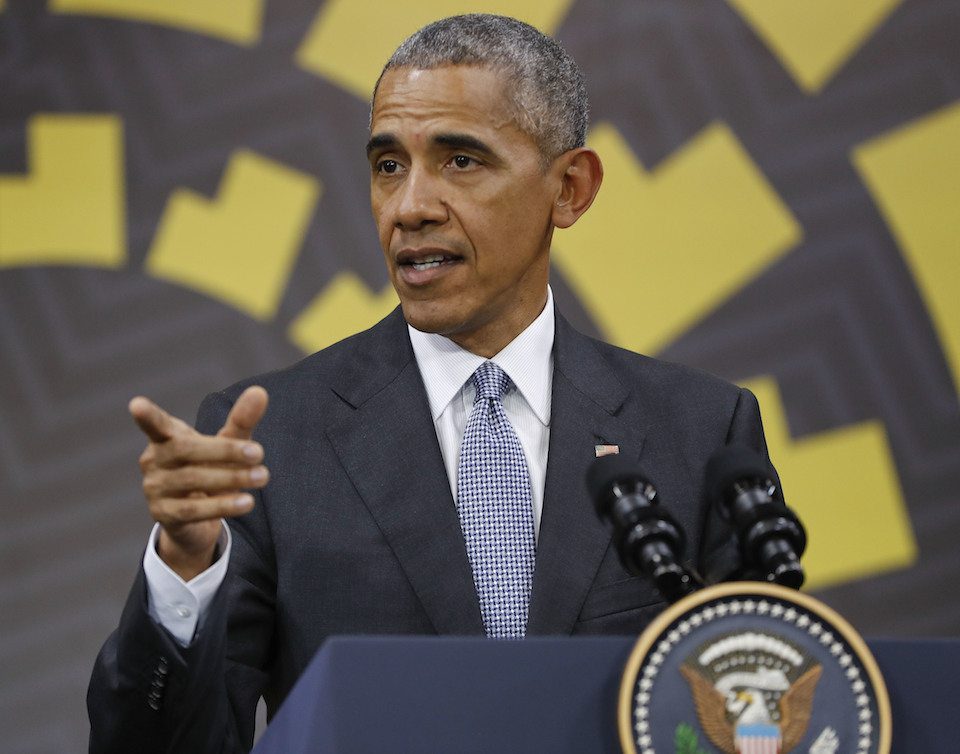 Republicans in Congress, frustrated with their party's incompetence, are pushing for legislation that would cut benefits for former presidents — something they originally floated as Barack Obama was nearing the end of his time in office.

Frustration with being unable to get any of their conservative agenda through Congress, despite control of the body and the White House, has Republican legislators going back to the well of bashing President Barack Obama.

While Donald Trump is filled with envy for his popular two-term predecessor, motivating some of his hateful policies like the proposed repeal of an Obama-era program protecting young undocumented immigrants from deportation, Republicans in the House are now working on trying to cut off benefits to former presidents, like Obama.

Iowa Sen. Joni Ernst first started pushing the idea in 2015, as Obama was about to entire his final year in the White House. Ernst proposed limiting former presidents to $200,000 a year for office space, staff, and travel expenses, while cutting the allowance by one dollar for every dollar a former president earns over $400,000.

Obama vetoed the measure, but now Ernst is at it again, likely banking on Trump's jealousy and enmity toward his predecessors to ensure the bill's success this time around.

The renewed push for the bill comes as Republicans have suffered an embarrassing series of setbacks, calling into question their ability to govern and forcing them to rely on Democrats to get anything done. Despite control of the federal government, they have been unable to pass any major legislation — including the major attempt to repeal Obamacare.

Ernst's justification for the bill also sounds like a dodge. In a press release, she claimed, "With the national debt quickly approaching $20 trillion, we cannot afford to generously subsidize the perks of former presidents to the tune of millions of dollars."

Yet Republicans like Ernst have not made any noise about taxpayers financing Trump's weekend jaunts to his properties in Florida and New Jersey. Instead, he has used his office to promote the venues, while disregarding ethics traditions that ought to stop him from enriching himself, and bankrupting the Secret Service in the process.

Instead, Republicans are again pushing legislation that gives them and their most rabid voters the joy of doing something to hurt Obama and Clinton — as well as George W. Bush, George H.W. Bush, and Jimmy Carter — in an attempt to distract the public from the GOP's embarrassing series of failures.