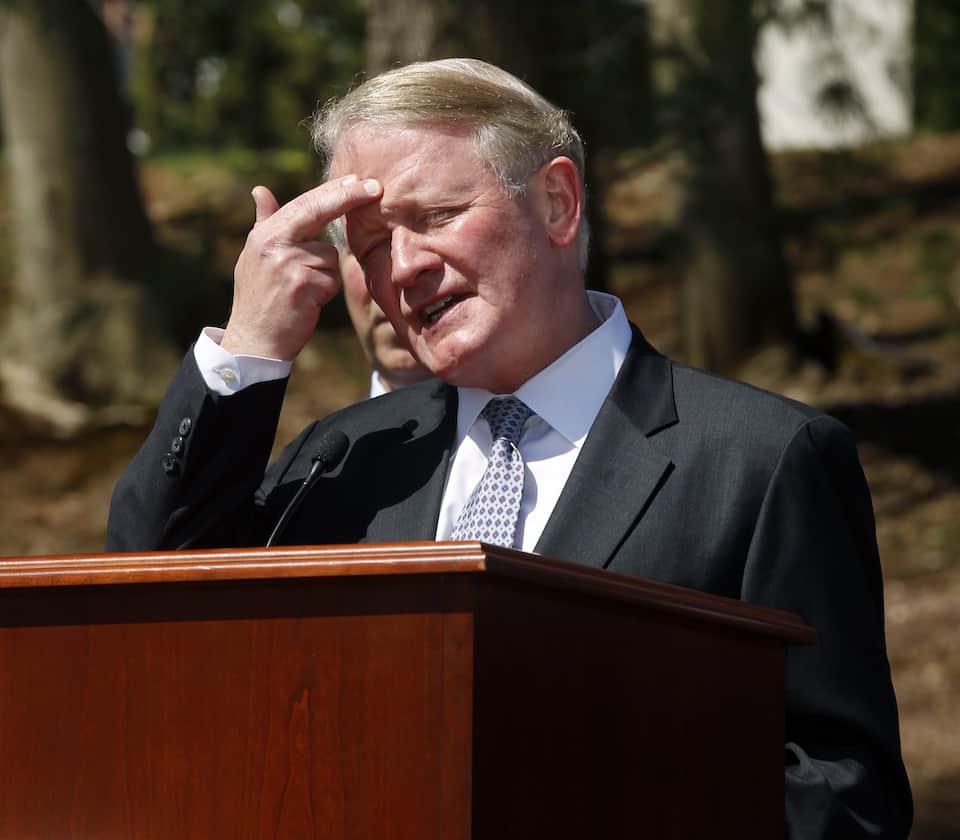 Rep. Leonard Lance, a vulnerable Republican in New Jersey, has had quite an expedient awakening when it comes to supporting Planned Parenthood. It still might not be enough to save his job, though.

What a difference a few weeks — and a ton of anger from constituents — can make.

In April, Republican Rep. Leonard Lance was on the receiving end of what HuffPost described as a "verbal beating" from his New Jersey constituents, after he tried very unsuccessfully to dodge his own spotty record on support for Planned Parenthood.

But at a May 30 town hall at Union County College in Cranford, NJ, Lance seemed to have learned his lesson. Sort of. He dropped the bizarre suggestion he has pushed at several town halls earlier this year that Planned Parenthood "separate itself into two distinct entities." This time, he offered a far clearer statement of support for the health care provider.

LANCE: I have indicated my position by voting the way I did several weeks ago that continues the Planned Parenthood funding for non-abortion services, including the very important, the critical services that you indicated were so very important.

CONSTITUENT: Will you try to convince the hundred other congressmen to go your way?

Lance represents what has usually been a reliably red district in New Jersey. But as Daily Kos Elections noted earlier this month, "after the extremely well-educated suburban seat flipped from 52-46 Romney to 48-46 Clinton, Team Blue might be giving it a second look."

And that means Lance, like several of his House colleagues with the unfortunate "R" next to their names, might be in trouble heading into the 2018 midterms.

The other obstacle for Lance is that he is still trumpeting unpopular Republican talking points on reproductive health. And his constituents are still not happy about that.

During the same May 30 town hall, Lance said, "We have in this country what is known as the Hyde Amendment" — the horrific and damaging amendment that prohibits federal tax dollars from paying for abortions, thus severely limiting or even outright preventing low-income women, particularly those of color, from accessing abortion services.

Lance's reference to the amendment was immediately met with loud boos.

Lance then asked, "How many in the room favor the Hyde Amendment?"

One woman called out, "No one."

Lance tried again. "How many in the room are on the other side of this important issue?"

Nearly every single hand in the room shot into the air. Except for the hands that were clapping.

If this vulnerable Republican wants to keep his job, despite the unpopularity of his party's extremist anti-woman agenda, he might have to work even harder to keep New Jersey voters from booing him right out of office.