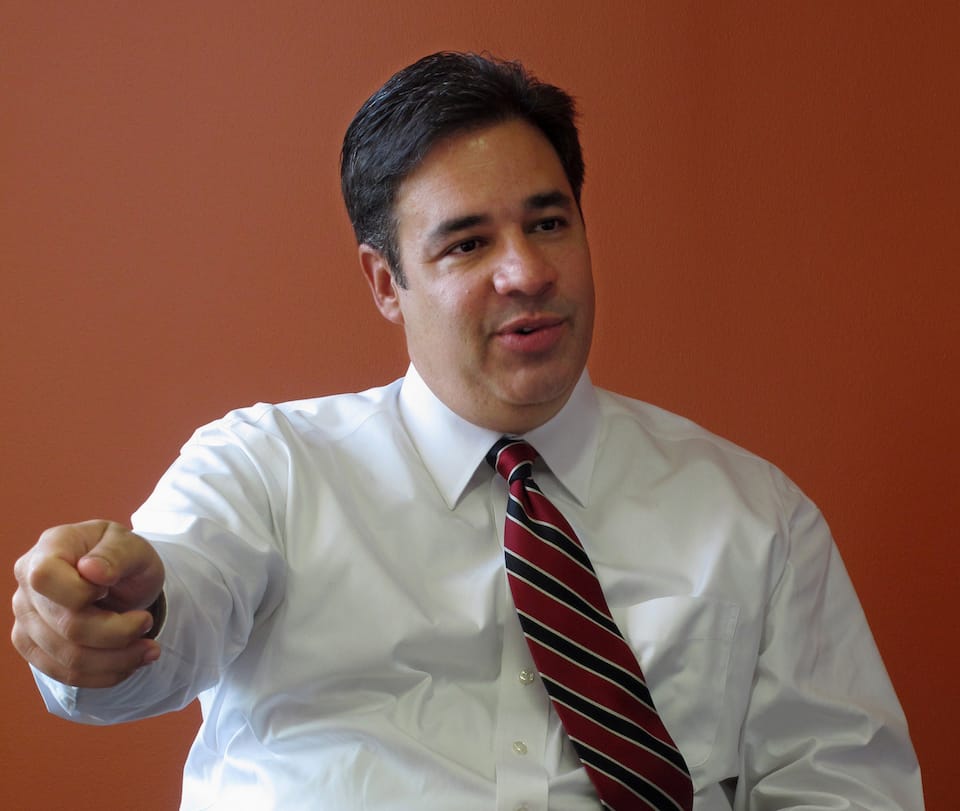 (AP Photo/John Miller, File)
Get The American Independent in your inbox

Republican Rep. Raúl Labrador ridiculously claimed to a constituent at a town hall that taking away people's health care will not result in anybody dying. Nobody bought it.

There are few in Congress more desperate to repeal health care for the poor than Idaho Republican Raúl Labrador.

The founder of the ultra-right-wing House Freedom Caucus, Labrador has previously claimed health care is not a "basic human right," despite the fact that the government pays most of his own health care costs — something he has tried to deny.

He initially opposed House Speaker Paul Ryan's American Health Care Act to repeal Obamacare, but only because he thought it did not do enough to get rid of health coverage.

However, at the last minute, Republicans approved an amendment allowing states to let insurers charge more to people with pre-existing conditions like cancer, heart failure, obesity, asthma, mental illness, organ transplants, sleep apnea, gender reassignment, pregnancy, and even rape and domestic violence, Labrador finally decided the bill was horrible enough for him and voted to pass it.

Shortly thereafter, Labrador held a town hall meeting at Lewis-Clark State College in Lewiston, Idaho, where he was confronted with furious constituents demanding to know why he is so eagerly punishing the sick and vulnerable.

During one exchange, he gave an absolutely jaw-dropping response to a woman scolding him over Medicaid cuts:

CONSTITUENT: You are mandating people on Medicaid accept dying. You are making a mandate that will kill people —

LABRADOR: No — no one wants anybody to die, but, you know, that — that line is so indefensible. Nobody dies because they don't have access to health care.

This is a bald-faced lie. Health care, by definition, is a service to prevent people dying, either immediately from a catastrophic injury or illness, like a heart attack or a bone fracture, or long-term through routine physicals and medications that keep people healthy so they live longer. If lack of health care did not prevent anybody from dying, health care would not even exist as an industry or a profession.

There is no shortage of people who are only alive today because Obamacare gave them access to health insurance — and people who will die if that insurance is taken from them.

In fact, before Obamacare was passed, a study in the American Journal of Public Health found that 45,000 Americans per year were dying of illnesses that could have been treated if they had health insurance.

Fortunately, the crowd at Labrador's town hall did not buy what he was selling and shouted him down immediately. But the fact that GOP lawmakers are now comfortable saying things so utterly divorced from reality, face to face with their constituents, is truly startling.

Republicans like Labrador lie because they know they cannot defend their obscene attack on health care with the truth. Unfortunately for them, their constituents already know the truth. And they will take that truth to the ballot box.