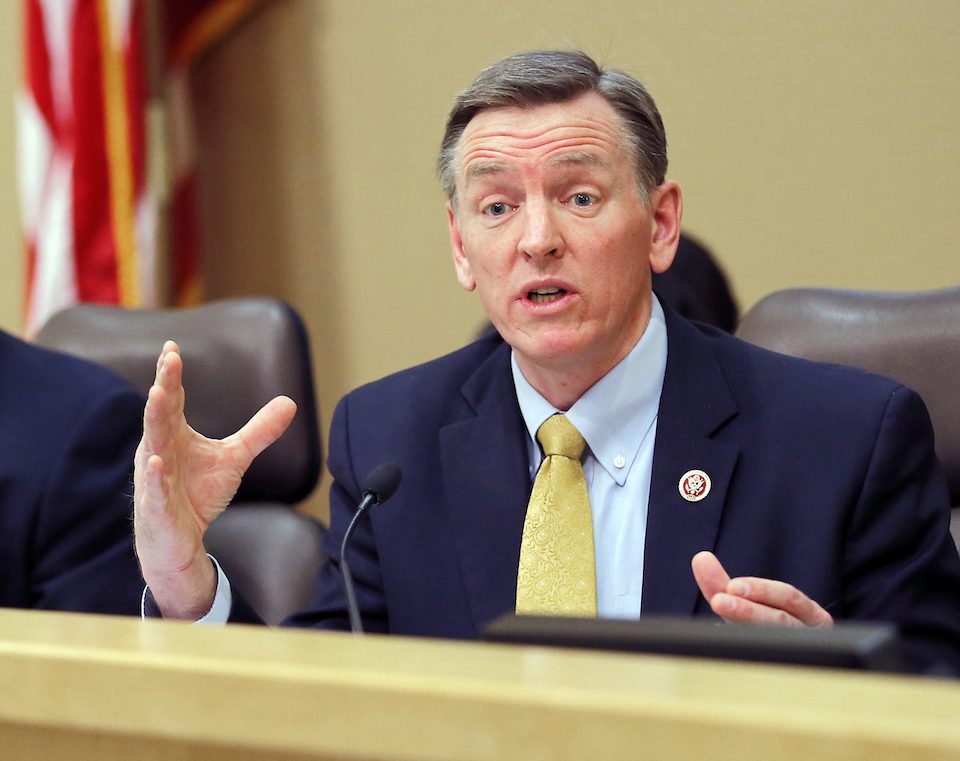 (AP Photo/Matt York, File)
Get The American Independent in your inbox

Arizona Rep. Paul Gosar has some incredibly twisted notions about law and order.

With the long-anticipated release of House Intelligence Chair Devin Nunes memo on purported FBI abuses, the overwhelming consensus is that it is a complete bust.

Even House Speaker Paul Ryan appears to have given up on getting any political mileage from it, with his admission that the Democratic memo refuting Nunes should be released too.

But one GOP House member has a decidedly different take on things.

"The full-throated adoption of this illegal misconduct and abuse of FISA by James Comey, Andrew McCabe, Sally Yates and Rod Rosenstein is not just criminal but constitutes treason," said Rep. Paul Gosar of Arizona in a statement Friday.

Gosar concluded that Attorney General Jeff Sessions should pursue "criminal prosecution against these traitors to our nation."

Leaving aside the fact that the memo barely even mentions Rod Rosenstein or Sally Yates, not once is there any indication anyone actually did anything unethical, let alone illegal. To claim that major current and former Justice Department and FBI officials should be prosecuted for treason over the Nunes memo, a crime that is punishable by death, is incredibly inappropriate, especially coming from a member of Congress.

But Gosar clearly has a warped sense of what constitutes the rule of law. Earlier this week, he made headlines for demanding the arrest of immigrants attending the State of the Union address as guests of several Democratic lawmakers.

Last year, Gosar also drew attention for claiming the white nationalist rally in Charlottesville that ended in the murder of a woman was a false flag attack by an Obama sympathizer.

The fact that a sitting congressman has this degree of authoritarian hostility toward other human beings, and is this detached from any semblance of objective fact, should be terrifying. But mostly, it's just pathetic.