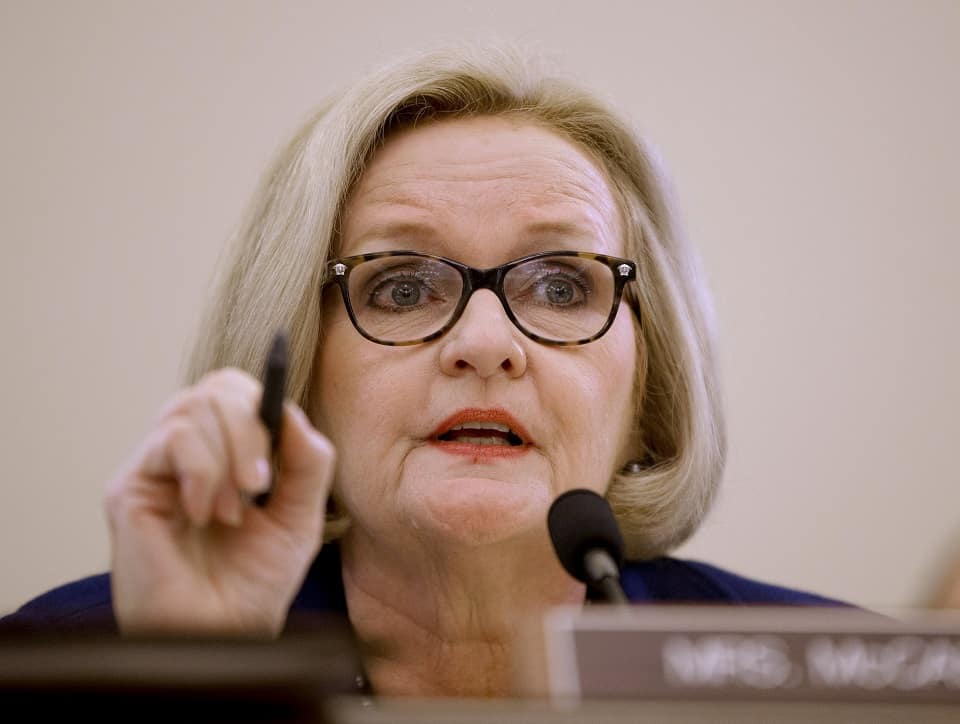 Republican nominee Josh Hawley tried to smear Sen. Claire McCaskill for being at an official hearing to stop the sex trafficking of children instead of being on the campaign trail.

Appearing at the Missouri state fair, Hawley stood on top of a trailer marked "let's debate," and complained, "Where is Claire McCaskill? She's hiding out in Washington, D.C."

But as Hawley was issuing his campaign statement, McCaskill was at work, doing her job.

Just as Hawley was trying to smear McCaskill for not joining him at the state fair, Bloomberg reporter Jennifer Epstein reported that McCaskill was "in an oversight hearing on efforts to protect unaccompanied migrant children from children trafficking."

Epstein followed up with a photo of McCaskill in committee.

McCaskill is the highest-ranking Democrat on the Senate Committee on Homeland Security and Government Affairs, which was holding the hearing titled "Oversight of Efforts to Protect Unaccompanied Alien Children from Human Trafficking and Abuse."

It was at that hearing that McCaskill shredded an official from the Department of Health and Human Services for his agency's failure to properly keep track of unaccompanied minor children and the Trump administration's overall failure to adequately ensure the welfare of migrant children who have been detained.

Apparently, Hawley thought her time would have been better spent stumping for votes in Missouri.

Hawley has been endorsed by Trump as part of the Republican Party's attempt to expand its control of the Senate.

It is strange that he would choose to attack McCaskill when she was engaged on the topic of trafficking, considering his history on the subject.

He was infamously caught on tape that was leaked in January blaming sex trafficking on the women's liberation movement of the 1960s.

"We have a human trafficking crisis in our state and in this city and in our country because people are willing to purchase women, young women, and treat them like commodities," he said.

Of course, sex trafficking existed long before the 1960s and the feminist revolution.

But if Hawley is indeed so concerned about it, rather than simply trying to score cheap points by attacking women's equality, he might consider thanking McCaskill for focusing on the issue instead of joining him at a state fair.