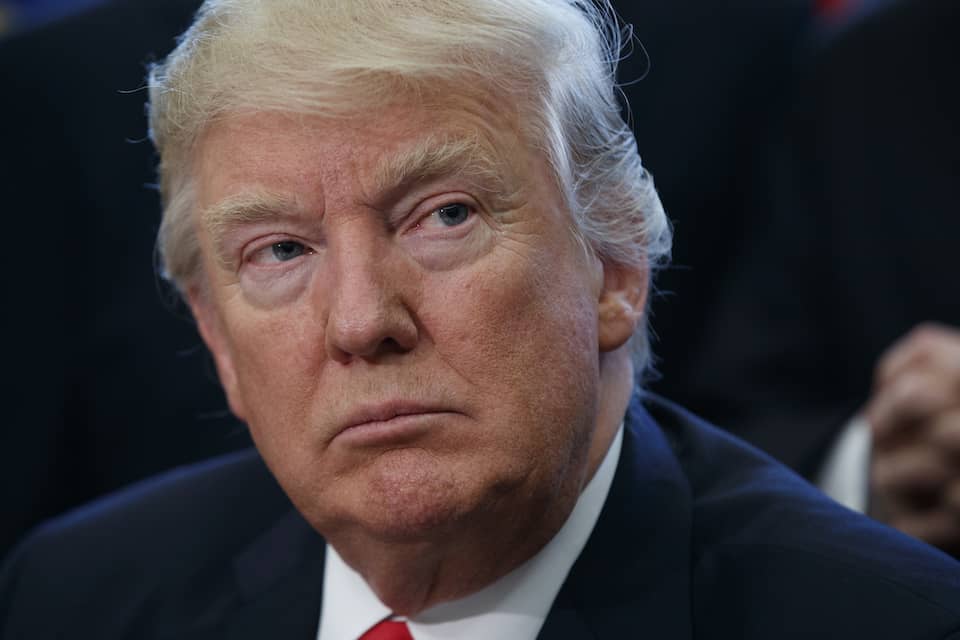 Given Trump's historic unpopularity, Republicans are already facing a blue wave in November that could flip control of one or both houses of Congress. But now Trump's reckless trade war is making things even worse for many red state GOP candidates — so bad that it could help turn the Senate blue.

The Associated Press reported Monday on the devastating impacts of Trump's trade war in deeply red states like Tennessee, Missouri, Indiana, and North Dakota, as well as swing state Pennsylvania, which went for Trump in 2016. All of these states have pivotal Senate races that will help determine whether Republicans keep their majority.

And perhaps in no red state does the tariff crisis loom larger than Tennessee, a Republican bastion that Trump won by 26 points in 2016.

Jimmy Tosh, a third-generation hog farmer in rural Tennessee who almost always votes Republican, told the Associated Press that Trump's trade war has hurt his family business, due to rising prices on both steel and pork.

"This tariff situation has got me very, very, very concerned," Tosh said. "I just think Bredesen would be better on that situation."

Not only are Tennessee farmers facing deep trouble because of the new tariffs being slapped on their exports, but so is the state's famous liquor business, which now finds itself stuck in the tariff crossfire.

Tennessee-based whiskey giant Jack Daniel’s, for example, sends roughly 60 percent of its business out of the country, according to the AP.

“Tariffs such as these, they can only do harm,” said Jack Daniel’s general manager Larry Combs.

The other key red states mentioned in the AP's story, Missouri, Indiana, and North Dakota, are each home to nearly one million jobs connected to global trade.

A recent study by the Brookings Institute concluded that 12 of the 15 states likely to take the biggest tariff hits are red states.

For instance, of the 10 largest pork-producing states in America, eight voted for Trump. That means pro-Trump farmers like the ones in Tennessee will soon pay a steep price for his misguided trade initiative.

And the Republican Party saw all of this coming.

That's because everyone, including business executives, economists, and politicians, saw where the trade war was heading. They knew it would produce nothing of value for America and would likely kill jobs.

These predictions are already coming true.

And in Missouri, the country’s largest nail manufacturer, Mid-Continent Nail — located in a county that voted 79 percent for Trump — announced that it was shedding hundreds of jobs and, thanks to Trump, will likely have to shut down by Labor Day.

That's what the GOP has to defend this November.