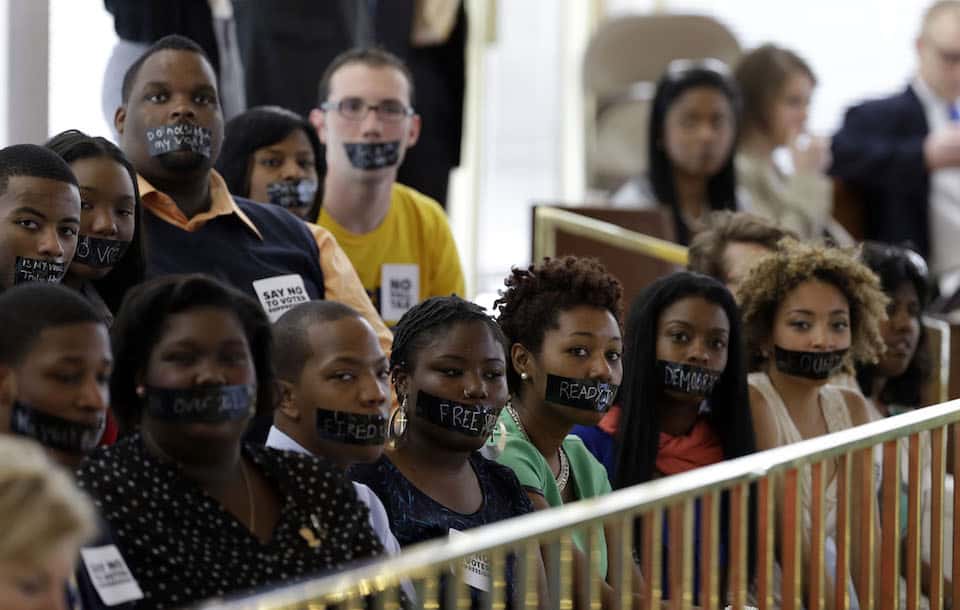 The Supreme Court kept in place a decision striking down a racially discriminatory voter ID law in North Carolina, pushing back on the GOP campaign to suppress the vote.

The previous governor, Republican Pat McCrory, and the Republican-led legislature had pushed for the appeal of the July 2016 decision that invalidated the law they had passed together. The current governor, Democrat Roy Cooper, and state Attorney General Josh Stein, who is also a Democrat, did not support the appeal.

Dale Ho, director of the ACLU’s Voting Rights Project, hailed the court's decision in a statement.

"This law, enacted with what the appeals court called discriminatory intent and ‘almost surgical precision’ targeting African-American voters, is meeting its much-deserved demise," he said, adding, "An ugly chapter in voter suppression is finally closing."

In addition to requiring voter ID, the North Carolina law cut back early voting days from 10 days to 17, eliminated same-day registration and pre-registration for teenagers. Under the law, provisional ballots were not counted and poll workers in some counties even "denied provisional ballots to voters who showed up in the wrong precinct."

North Carolina Republicans included these provisions even though nobody has ever been charged with in-person voter fraud in the state. The law was part of a campaign by Republicans in multiple states designed to cut down on voters — especially minority and younger voters — who vote mostly for Democrats.

A recent study found that voter ID laws in Wisconsin – enacted by their Republican governor, Scott Walker – suppressed 200,000 votes in the 2016 presidential election. Donald Trump won the state by 22,748 votes.

Nearly without fail, voter ID is an attempt to suppress Democratic votes and engineer Republican election wins. This time, the forces allied against democracy lost.