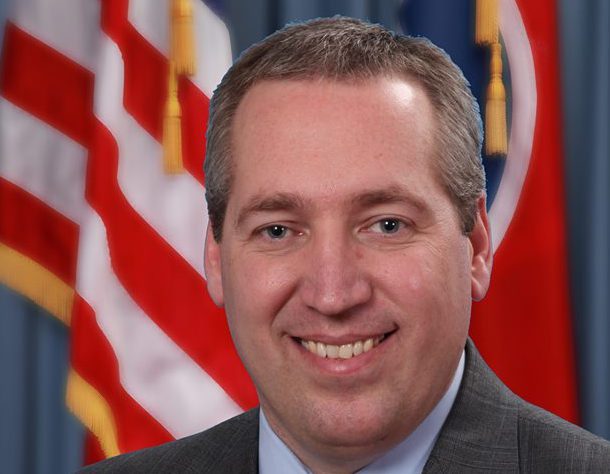 A conservative Republican district attorney in Tennessee has come under fire, and rightly so, for his bigoted remarks about gay marriage. In short, he doesn't believe in it, so he won't follow the law when it comes to prosecuting same-sex domestic violence offenders.

Coffee County District Attorney Craig Northcott made many startling remarks in a 2018 video unearthed by the Tennessee Holler website. In the video, he discusses a hypothetical situation where a conservative clerk doesn't want to issue a same-sex marriage license. He says he would advise the clerk not to "succumb" by granting a license, and to instead "take a stand on God's truth." And then he says he wouldn't prosecute that clerk, because as a prosecutor he has absolute discretion:

He went on to urge listeners to "elect a good Christian man as DA," and that way, "you’ll make sure at least [the clerk] don’t get prosecuted criminally."

Without missing a beat, Northcott then pivoted to talking about domestic assault, explaining that in Tennessee, domestic assault convictions carry greater restrictions than simple assault, including losing the right to own a gun.

And since he disagrees with the Supreme Court that same-sex marriage is legal, he doesn't think he needs to prosecute domestic violence cases when they involve same-sex couples: "I don’t prosecute them, because I don’t recognize it as marriage."

Northcott justifies this peculiar and bigoted line of reasoning by claiming that “the reason that there's enhanced punishment on domestic violence is to recognize and protect the sanctity of marriage," and that "there's no marriage to protect" with same-sex couples.

Northcott doesn't limit his bigotry to being homophobic. He's also made vicious anti-Muslim remarks, saying their belief system is "evil, violent, and against God's truth" and that being Muslim is no different than "being part of the KKK, Aryan Nation, etc."

When the Council on American-Islamic Relations (CAIR) called on Northcott to resign over those remarks, the Coffee County GOP defended him, saying that the community needed to unite behind Northcott and that they would "not allow these politics of division to infiltrate our community." This ignores that it was Northcott's bigoted statements that were divisive in the first place.

CAIR has filed a formal complaint with the Board of Professional Responsibility, which oversees lawyers in Tennessee. Perhaps the Board can do what the GOP won't: require Northcott to curb his bigoted views and treat all the residents of Tennessee with fairness and dignity.