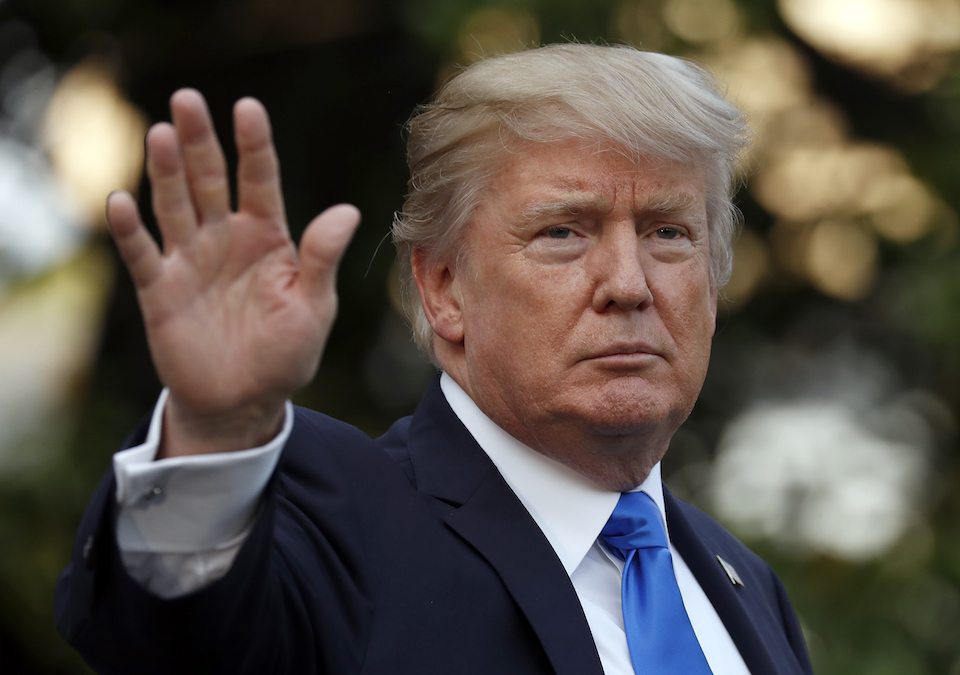 Rep. Leonard Lance couldn't say with certainty that Donald Trump, his family, and inner circle are innocent of the myriad allegations against them. Trump's own party is increasingly unable and unwilling to defend him.

The allegations of collusion and possible conspiracy against Donald Trump, his family, and others close to him continue to grow.

Democrats have been unsurprisingly fervent in their condemnations of the Trump team's dangerous actions. As Connecticut Sen. Richard Blumenthal pointedly declared, "There could be a potential conspiracy charge" against multiple members of Trump's inner circle.

And Democratic Virginia Sen. Mark Warner noted his concern that Trump may attempt to deepen the cover-up of these potential crimes by simply pardoning everyone involved.

But this troubling situation has also left members of the president's own party unwilling to offer an unqualified defense of this administration.

New Jersey Rep. Leonard Lance is the latest — but likely not the last — Republican to evince a lack of confidence in the White House's honesty and trustworthiness.

Speaking with MSNBC's Chris Hayes, Lance simply could not answer with any amount of certainty that the Trump team, particularly Donald Trump Jr., were innocent of the charges against them.

Lance first noted that he would never have taken the meeting Trump Jr. took with a Kremlin-backed attorney, for which he had been promised comprising information on Hillary Clinton. And he stated that, rather than attend such a meeting, the Trump team ought to have immediately alerted the FBI.

And when Hayes asked Lance if he could "definitively" say, "I am 100 percent sure the president and his campaign did not engage in a criminal conspiracy with a foreign intelligence apparatus," Lance's response was a simply and immediate "No."

HAYES: They have told a story that's demonstrably false, and we know they know it was false. And they're telling everyone that, including you, Congressman, and all the people in the party who are being asked to carry the water for them. That would anger me, to be lied to. How do you feel about being lied to?

LANCE: I never like being lied to. I hope that we get to the bottom of it, and that's why I hope and expect Donald Trump Jr. and others will testify before an open committee of Congress. Perhaps Senator Grassley's committee and perhaps Congressman's Goodlatte's committee, the judiciary committee, on both sides of the Congress.

HAYES: I've watched Republicans, somewhat to my shock say, 'Oh, anyone would take meeting.' Would you take meeting?

LANCE: No, I would not take that meeting.

HAYES: Why would you not take that meeting?

LANCE: Because I think we should not be involved in that type of situation and I probably would call the FBI.

HAYES: You think they should have called the FBI?

HAYES: Here's the question I also have: I think if I were a Republican congressman, or a staffer at the White House right now, my operating assumption would be that the president's campaign did engage in some sort of coordinated systematic effort of collusion with Russian intelligence. And that would be my assumption that I would use to guide my behavior, hoping that isn't true. Is that the assumption that's guiding you at this point?

HAYES: Let me turn it around: Can you definitively say — can you look into my eyes, the camera, your constituents — and say 'I am 100 percent sure the president and his campaign did not engage in a criminal conspiracy with a foreign intelligence apparatus'?

LANCE: No, I cannot. And that's why I want to get to the bottom of that.

HAYES: Think about how remarkable it is. I'm asking you — you cannot 100 percent say that the president of the United States definitely did not engage in a vast criminal conspiracy in coordination with a foreign intelligence apparatus.

LANCE: The president has said that he did not know about the meeting —

HAYES: But you can't be sure that's true.

LANCE: I've tried to take people at their word. But certainly, we should get to the bottom of it —

HAYES: Do you take president of the United States at his word when he says he didn't know about that meeting?

LANCE: I hope he's being accurate and truthful. Certainly Donald Trump Jr. will be asked about that when he comes before the Congress in an open committee hearing.

The furthest Lance could allow himself to go in any kind of support of the administration was to say, "I hope [Trump is] being accurate and truthful."

But as anyone paying attention knows — including some on Trump's favorite news network — that hope will surely not bear out.

Th actions of Trump and his team are pushing more and more of their own party away from their corner. But others in the GOP leadership — more blindly loyal to the concept of a Republican president than to the reality of our democracy — show no signs of backing down from their dangerous protectionism.