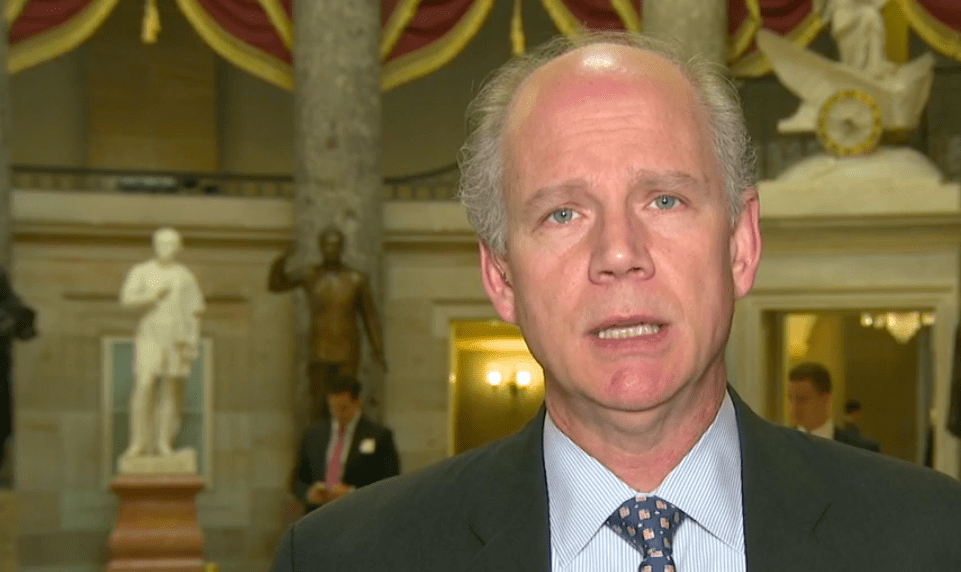 Rep. Dan Donovan (R-NY) admitted to CNN that the newly revised Republican health care plan would give less access to health care for people with pre-existing conditions while costing them more.

Rep. Dan Donovan (R-NY) has confirmed that the revamped Republican health care plan is a disaster for people with pre-existing medical conditions.

The plan is the second attempt from Donald Trump and Republicans, led by House Speaker Paul Ryan, to repeal Obamacare. The first version of their plan, which would have stripped health insurance from 24 million, failed miserably.

In order to appease the extreme right of the party, a new version of the bill with more draconian provisions against patients with pre-existing conditions is coming down the pipeline.

Donovan, who is less conservative than the factions pushing the new bill, appeared on CNN, and in the process of discussing his opposition to it, he spoke bluntly about its effect, saying that the new bill gives people with pre-existing conditions "less access to health care than they presently have," and that it would "cost people more than its costing them now."

Republican @RepDanDonovan on GOP #healthcare bill: It would cost sick people more than it's costing them now https://t.co/xjDOIqtMey

HARLOW: It's a really important point. Let me read you part of the end of this amendment, okay? "Nothing in this act shall be construed as permitting health insurers to limit access to health coverage for individuals with pre-existing conditions." That is from your fellow Republicans, is that disingenuous? Because you know, as you just stated, that allowing insurance companies to charge any amount of money, as wildly high as they would like, to people with pre-existing conditions does — in essence, the heart of that means that it does limit access for people that cannot afford that. Is this statement disingenuous?

DONOVAN: You could term it what you want, it doesn't help the people I represent. One of the criticisms I had about the Affordable Care Act is it made insurance so expensive that people who had it didn't even use it because their premiums were high, their deductibles were high, their co-payments were high, and people with pre-existing conditions, you're right, we can't deny them coverage. It's a matter of whether or not they're going to be able to —

DONOVAN: It would cost people more than it's costing them now, people who are already sick, and that's not going to help those people.

A little after Donovan spoke, Ryan claimed in his weekly press conference that "People will be better off with pre-existing conditions under our plan," which is, as the words of Ryan's own colleague shows, a complete falsehood.

The fact is, the GOP's plan fails millions of Americans, especially women and those with pre-existing conditions. It will not help, and will do a lot to hurt — and even some Republicans are admitting that now.