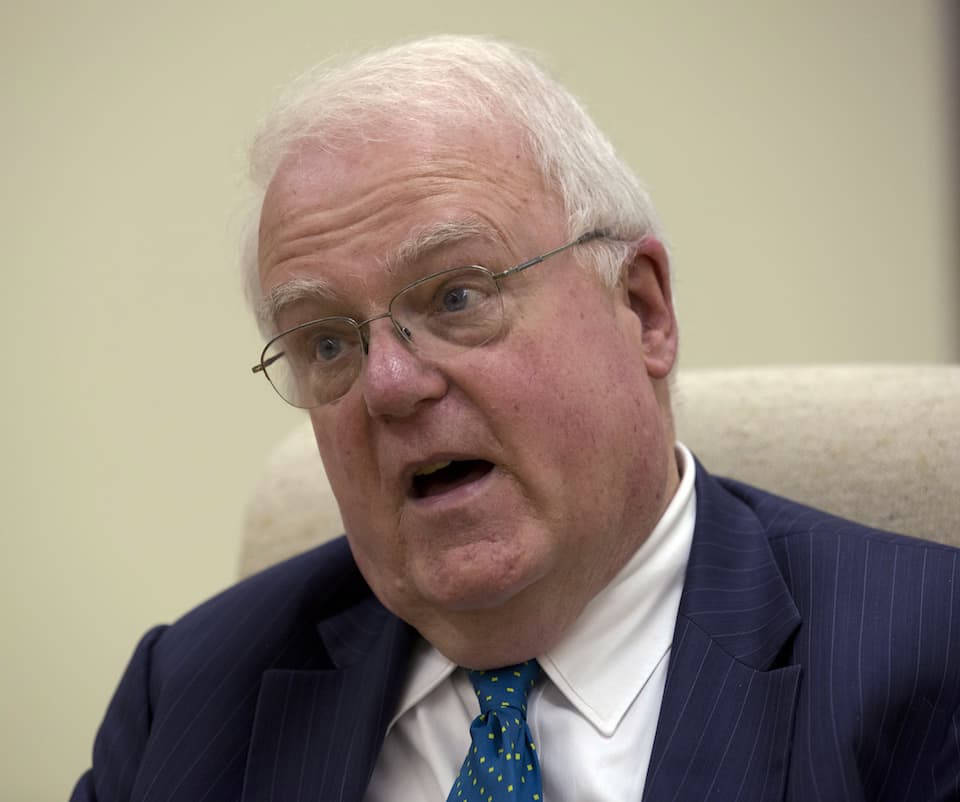 (Foto AP/Jeffrey Phelps)
Get The American Independent in your inbox

Rep. Jim Sensenbrenner (R-WI) defended Donald Trump's assault on internet privacy rules that rolls back consumer rights, by asserting that "nobody's got to use the internet." It is an impractical position to have in 2017.

When a concerned voter at Sensenbrenner's town hall asked about Trump's assault on internet privacy, Sensenbrenner told her "nobody's got to use the internet."

VOTER: Facebook is not comparable to an ISP. I do not have to go on Facebook. I do have one provider. I live two miles from here, and I have one choice. I don't have to go on Google. My ISP provider is different from those providers.

SENSENBRENNER: Well, you know, again, nobody's got to use the internet. You know, the thing is that if you start regulating the internet like a utility, if you did that right at the beginning, we would have no internet. And internet companies have invested an awful lot of money and have almost universal service now. The fact is, I don't think it's my job to tell you that you cannot get advertising or your information being sold. My job, I think, is to tell you that you have the opportunity to do it, and then you take it upon yourself to make the choice that government should give you. That's what the law has been, and I think we ought to have more choices rather than fewer choices, with the government controlling our everyday lives.

The internet is vital to modern life. It is used to communicate, conduct commerce, and disseminate information like no medium ever has. It is absurd for a congressman to assert that usage of the internet is optional. He should know better.

The necessity of the internet is what has made Trump's decision to strip online privacy protections so unpopular. Only 6 percent of people polled support the law, while 83 percent opposed it — including 80 percent of Republicans.

The rules that were in place imposed limits on providers like Verizon, AT&T, and Comcast and what they are allowed to do with customers' browsing habits, app usage history, location data, and Social Security numbers. As the concerned explained Sensenbrenner, unlike an online service you can choose not to use, consumers must use a provider for online access, and there are a few giants who own most of the market.

Modern Americans have to use the internet, and thanks to Trump and enablers like Sensenbrenner, your privacy is an open book with them now.