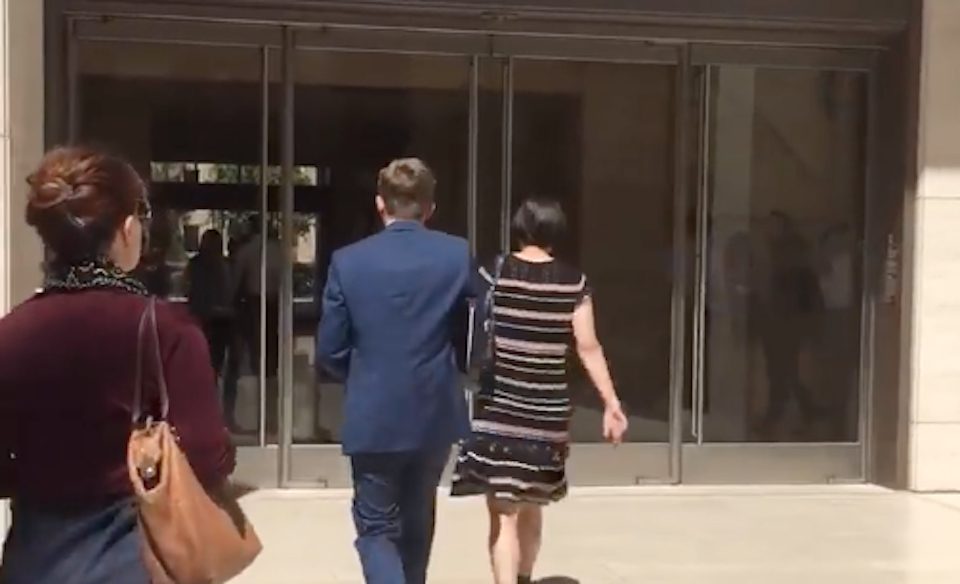 Rep. Mimi Walters fled a mother of two who asked if she would stop accepting money from the NRA, in light of the tragedy in Parkland, Florida.

Rep. Mimi Walters (R-CA) refused to give a straight answer to a concerned mother who asked about campaign contributions from the NRA. Walters, who previously bragged about her NRA endorsement, has taken $14,000 from the pro-gun lobby.

"In view of what happened in Parkland, are you changing your position on the NRA and deciding not to accept money from them anymore?" Maria asked in a video uploaded to the Indivisible OC 45 Facebook page.

Walters refused to take up the question directly, and instead repeated a talking point about "working toward making sure our kids are safe." Walters then fled, leaving the concerned mother to shout questions after her. Walters refused to say whether or not she would continue to cash campaign checks from the NRA.

Ever since the tragic shooting at Marjory Stoneman Douglas (MSD) High School in Parkland, Florida, where 17 people were murdered, hundreds of thousands of people across America have rallied for common-sense gun regulations to help prevent mass shootings in the future. Students across the country, including in California, are calling on politicians to refuse to take "blood money" from the NRA.

MSD survivor David Hogg, when asked how he gets the strength to speak out every day, replied, "I have to because our politicians are cowards, and they won’t even gather the strength to stand up to the NRA."

In addition to taking thousands of dollars from the gun lobby, Walters and her fellow Republicans voted to weaken gun regulations, even voting to make it easier for people with a mental illness to purchase a gun.

In California, 73 percent of adults support stricter gun laws, putting Walters on the wrong side of public opinion. Her endorsement from the NRA, and her "A" rating from them, could be a detriment in the current political atmosphere.

Less than two years ago, Walters bragged to the world about her endorsement from the NRA. Now she's running away from a concerned parent, too scared to even speak about the topic.