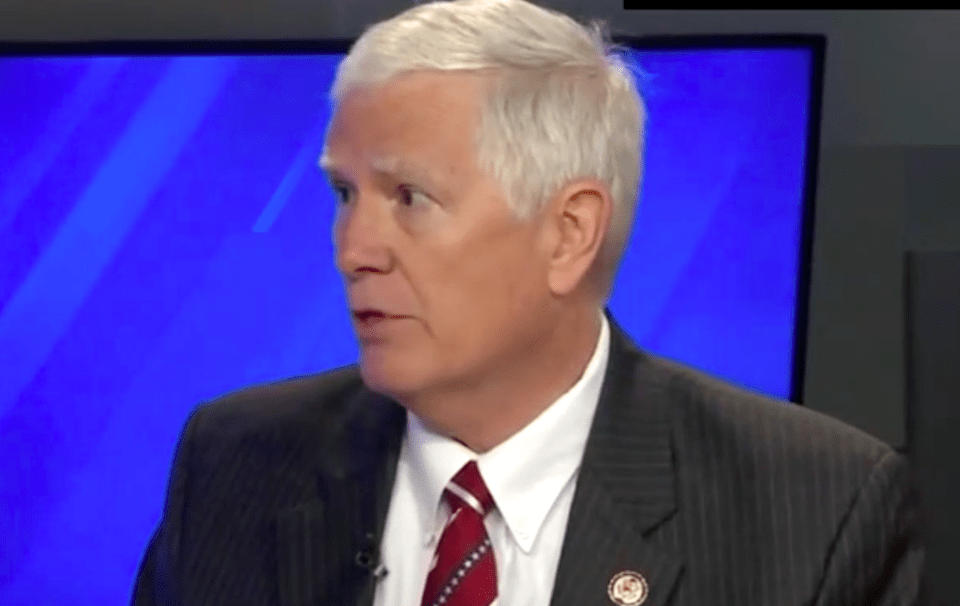 WHNT
Get The American Independent in your inbox

Rep. Mo Brooks denigrated people with pre-existing medical conditions, claiming they were seeking to "game the system" so that others would pay for them, once again exposing the harsh language and callous beliefs motivating the GOP's health care repeal bill.

Rep. Mo Brooks (R-AL) is no stranger to callous and ignorant comments regarding our health care system, and particularly the vulnerable Americans it serves.

He recently argued that "healthy" people who "lead good lives" shouldn't have to pay into the insurance pool in order to help others with costly pre-existing conditions.

Now he has renewed those attacks, this time characterizing people with pre-existing conditions as wanting to "game the system", stating that they "want other people to pay" for their medical expenses.

In an interview with WHNT, Brooks, a member of the far right House Freedom Caucus, said people with pre-existing medical conditions "want to pay less money than the cost of your treatment may be, forcing the remaining cost on to other people," and described them as people who have simply "decided not to have insurance."

He added, "Then they get sick and then they want other people to pay for it."

KUMBROCH: Do people with pre-existing conditions deserve to pay higher premiums than people without them?

BROOKS: Well, there's a different way of looking at that, okay? First, when you say 'pre-existing conditions,' you have to get in the definition. You're talking about someone who's ill, who has insurance, and they want to renew their policy? Is that what you're talking about? Let's get into specifics.

KUMBROCH: People who are suffering from what insurance companies deem a pre-existing condition.

BROOKS: Well, that's not — that's not answering the question. A pre-existing condition, technically, is when you have an illness and you don't have insurance. And then you want to buy insurance, and you want to pay less money than the cost of your treatment may be, forcing the remaining cost on to other people.

Okay, so basically, you're talking about a class of people who for whatever reason — either because they lack the resources or they wanted to game the system — they've decided not to have insurance. And then they get sick and then they want other people to pay for it. Under those circumstances, under this bill, with the American Health Care Act, $8 billion was added to help those people, even though a good number of them have voluntarily put themselves in the position where they don't have insurance.

Now, if someone has insurance and gets sick, and the insurance company tries to dump them because the cost associated with that illness, that's wrong and the insurance company ought to be stuck with those folks without any significant increase in the cost of the premiums for those folks, because that is the risk that the insurance company took in insuring these people in the first instance. It doesn't work right if insurance companies are only going to sell insurance to people who never get sick. Part of the risk factor is, some number of all the policyholders are going to get sick, and the policyholders that get sick, their higher costs are spread out over everybody that is in the pool. So that's why I try to focus on what you mean by pre-existing conditions, because it means so many different things to so many different people.

Contrary to Brooks' claim, the individual mandate in the Affordable Care Act was put in place to avoid the kind of opportunistic free riding for insurance he describes, with the creation of the annual open enrollment period — you can't just wait until you're sick to sign up for coverage.

But Brooks isn't an outlier, as the health care repeal bill passed by House Republicans reflects exactly this attitude, as do the statements of many of his Republican colleagues.

With this legislation, the GOP would force people with pre-existing conditions to suffer without affordable medical care, after the Obamacare went to great lengths to get them covered and cared for. In the eyes of someone like Brooks, though, that is apparently entirely by design.