Home National GOP rep says he really did mean it when he told a...
Support progressive journalism.
Donate today 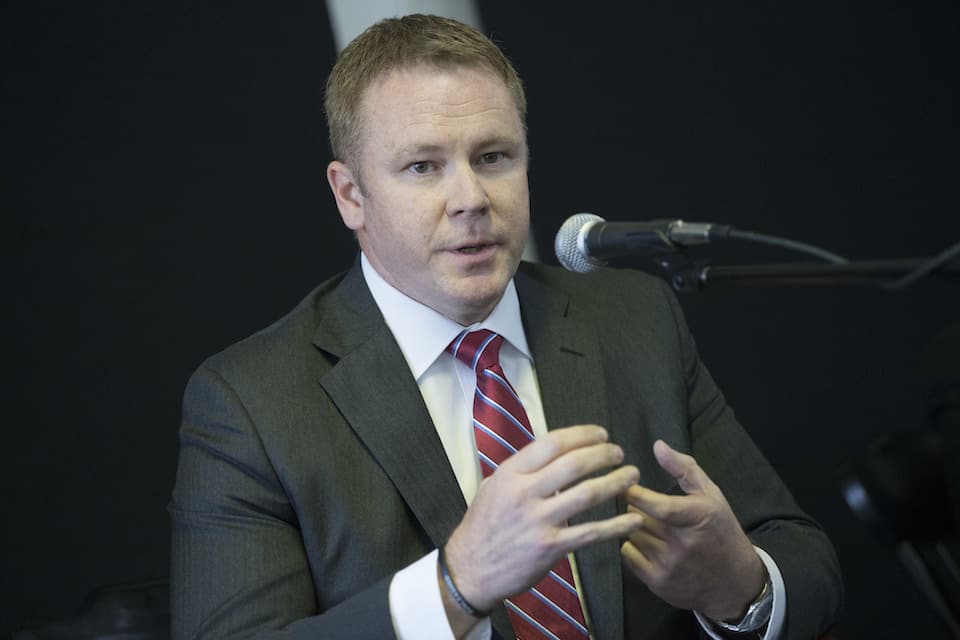 CNN reached out to Rep. Warren Davidson (R-OH) about his suggestion to a woman at a town hall that her son's skills in the service industry meant he is not good enough for insurance coverage. Rather than walking it back, though, Davidson's spokesman doubled down for him.

In comments that were first reported by Shareblue, Rep. Warren Davidson (R-OH) told a woman at his recent town hall event that her Medicaid expansion-eligible son's "skills" were the reason he is at risk for losing his health care under the Republican repeal plan, and that health care is something to be earned.

Holy sh*t, Davidson tells a woman whose son is on Medicaid expansion, would lose insurance under repeal, that his "skills" are to blame. pic.twitter.com/UiERBOIQ5T

WOMAN: My son did not have health insurance for four years, until the ACA when Medicaid was accepted. He didn't have health insurance because he's in the service industry. And that industry pays minimum wage and they keep their employees below a certain number of hours so that they cannot — so that they don't have to pay health insurance. So, many of the people that are on Medicaid are working, and they are the working poor. Under Trumpcare, one of the major ways to make health insurance affordable is to bring back catastrophic insurance, which is basically no insurance at all. Given that, given that preventative health care is the number one way to keep people healthy in our society. Can you explain why my son and millions of others in his situation are not deserving of affordable, decent healthcare that has essential benefits so that he can stay healthy and continue working? DAVIDSON: OK, I don't know anything about your son, but as you described him, his skills are focused in an industry that doesn't have the kind of options that you want him to have for health care. So, I don't believe that these taxpayers here are entitled [sic] to give that to him. I believe he's got the opportunity to go earn those health benefits.

Davidson went on to compare health care with a "flip phone," echoing another absurd talking point that has become popular with Republicans. Those comments generated sufficient attention for CNN to reach out to Davidson for comment, and rather than walk them back in the slightest, his spokesman went further, telling the network that the government should be providing health care for even fewer Americans than it already does:

Asked Monday if he had anything to add to his remarks, Davidson stood by them in a statement released through a spokesperson, urging people to listen to the entire response in which he goes on to outline his stance on the "social safety net." "Rep. Davidson does not believe that taxpayers should be providing more and more people health care," according to the spokesperson, Alexei Woltornist.

Davidson's position on health care for the working poor is a sobering reminder of the cruelty underlying the plan advanced by Republicans — and defeated by a powerful resistance.