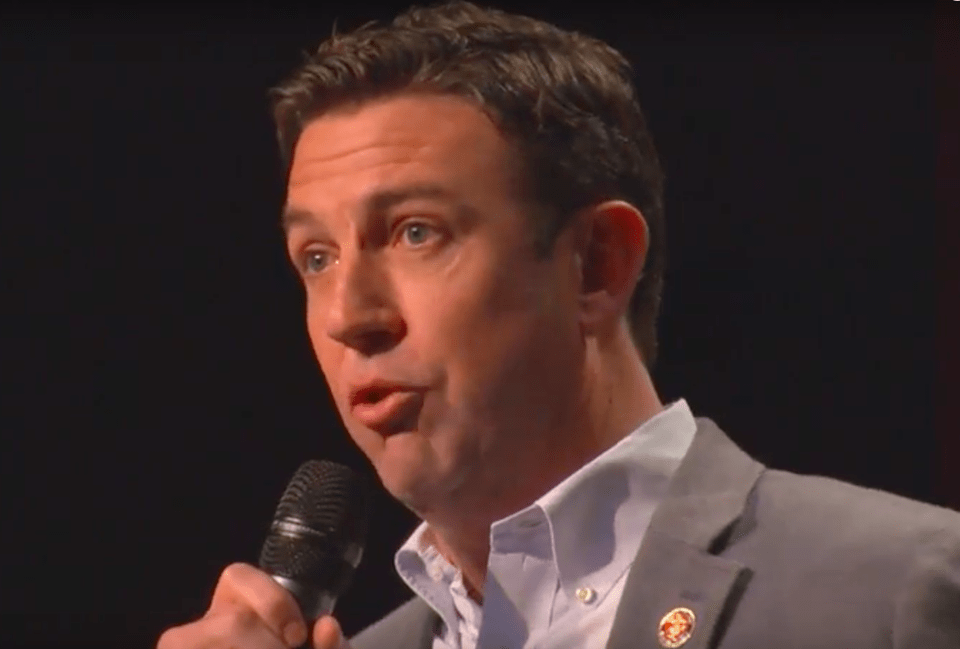 KPBS News
Get The American Independent in your inbox

Rep. Duncan Hunter, an early supporter of Donald Trump, once deflected criticism of Trump's ties to Russia by claiming that "seditious Obama folks" within U.S. intelligence agencies are trying to derail Trump's presidency.

Foreshadowing comments from Donald Trump himself, earlier this year Rep. Duncan D. Hunter (R-CA) made the false and outrageous claim that U.S. intelligence agencies like the CIA and NSA are filled with "seditious Obama folks" who hate Trump and are actively trying to harm his presidency.

Hunter's remarks, made at a town hall meeting back in March, came in response to a voter asking if Hunter would support an independent investigation into the relationship between Trump's presidential campaign and Russian efforts to influence the election.

According to the Los Angeles Times, Hunter believes that shadowy forces within the intelligence agencies are trying to undermine Trump's presidency, a conspiratorial mindset that echoes Trump's own ongoing beliefs about the so-called "deep state."

Hunter — whom Department of Justice is currently investigating for a possible criminal violation of campaign finance laws — went on to claim, "I would think you would be for freedom and liberty, not for an Orwellian government, which is what we have right now."

Hunter also said he believed that Trump's emails and communications were intercepted by the Obama administration, but when pressed by a reporter, he said he had no proof of the serious claim.

Incidentally, in May, Hunter wrote an op-ed in USA Today calling for more cooperation between the United States and Russia.

In February of 2016, Hunter was among the first members of Congress to endorse Trump's presidential campaign. And his recent disturbing comments and writings show that he is still in lockstep with the increasingly scandal-ridden and imperiled president.