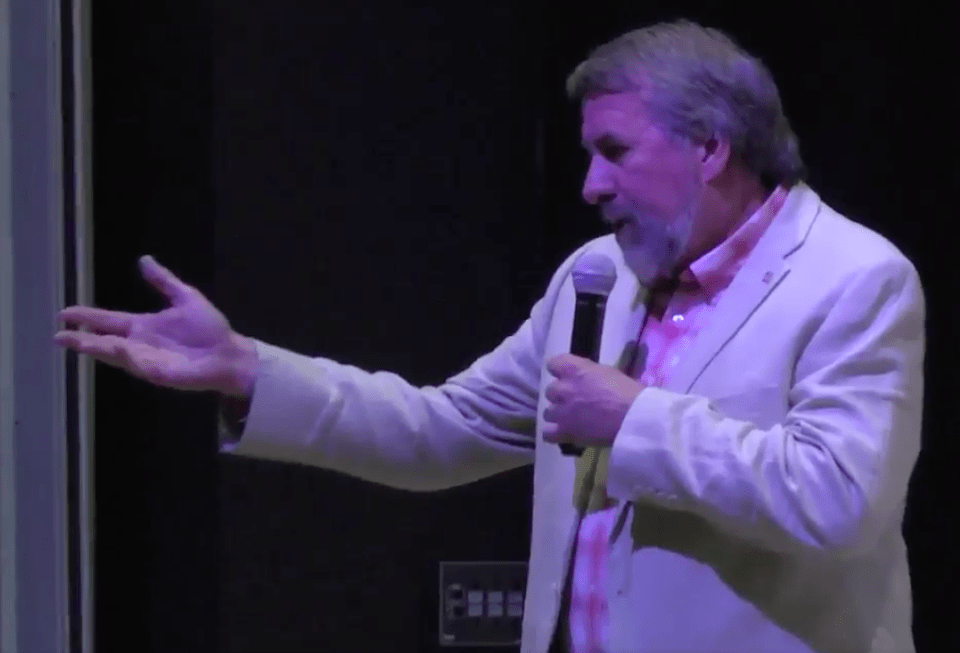 Rep. Doug LaMalfa (R-CA) got an earful from constituents when he told them that Donald Trump should not release his tax returns because they would be indecipherable to "average people."

This has been another rough recess for Republicans, who continue stepping on rakes at town halls across the country, and to hear from a growing resistance to their abetting of Donald Trump.

One frequent topic at these events has been the subject of Trump's tax returns, which at least one congressman has changed his mind on thanks to pressure from constituents.

That has been the rare exception so far, while other Republicans try to maintain their defense of Trump's lack of transparency. At a town hall in Redding, California, Rep. Doug LaMalfa (R-CA) tried a novel tactic. When asked about Trump's tax returns, he told his constituents they would be better off sticking to Trump's FEC disclosures, because the full tax returns would be too much for the layperson's brain to handle.

It did not go over well:

Dear Republicans: This is what defending Trump over his tax returns at town halls sounds like. Spoiler alert: "BOOOOO!" pic.twitter.com/JLlVN806YF

CONSTITUENT: I would like to know what you, as a congressman, is going to do to make president Trump release his tax returns?

LAMALFA: Every one of us, as federal elected officials — or even candidates when you're running for election the first time — are required to file very, pretty detailed reports through the Federal Elections Commission. President Trump has filed a 92-page document that you can read through. [crowd jeers] Have you read that document? [more jeering] Start there, because it lists — I mean, it lists a lot of stuff that actually feels pretty personal to a candidate, to an elected official.

So, the FEC form is intended to be something that is actually readable and understandable, versus a pile of stuff that — you know, he's a billionaire! He's got a ton of stuff! So, for average people to make any heads or tails of it is gonna be very difficult. Use the FEC form, and that should be adequate. And at the end of the day... [jeers and booing] at the end of the day, there is some amount of privacy that's due to people. [more booing]

Of course, Trump's tax returns would be complicated, and of course he has "a lot of stuff" — those are the very reasons they need to be released. His own self-professed conflicts with countries like Russia and Turkey are not going to be found on any FEC form, and "average people" have crowd-sourcing and good journalists to help them sift through all of it.

LaMalfa's response is fairly typical of what has been heard from Trump surrogates on cable news, which is probably why LaMalfa felt like he could roll out these talking points and have them work.

But the resistance is picking up the slack where the corporate media have failed, exposing these arguments to the cold light of day.