Home National GOP Rep turns his back on a grandmother who warns her family...
Support progressive journalism.
Donate today 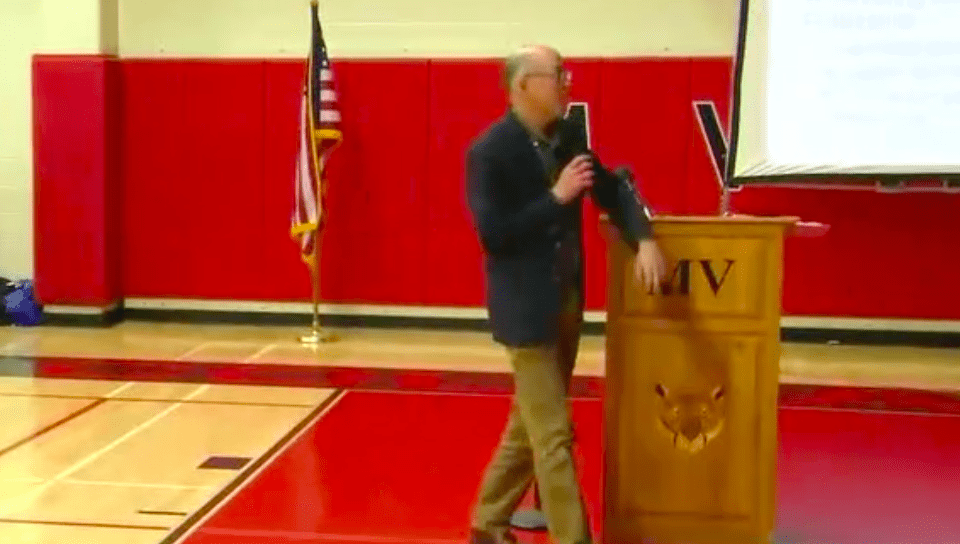 Fox10
Get The American Independent in your inbox

Rep. Greg Walden was confronted by voters at a recent town hall meeting over his support for repealing the Affordable Care Act. And when a woman told him members of her family would die as a result, he turned his back to her.

Rep. Greg Walden (R-OR) held a town hall meeting recently in Bend, Oregon, where he was challenged by his constituents over his support for repealing the Affordable Care Act.

In a particularly stark moment, Walden callously turned his back on a grandmother pleading with him not to vote for repeal.

At first, the woman's granddaughter spoke up, asking Walden why he wanted to take away the Affordable Care Act, highlighting those in her family who would die as a result.

WALDEN: So if you look at the Affordable Care Act today, premiums are getting to the point where people are having trouble finding — if you're not one of the people that's subsidized, you're seeing premiums go up, and you're seeing deductibles go up. $6,000 for people who have no subsidies is a lot of money for a deductible. There are people here who think we should have the government run it all in a single payer system.

WALDEN: Okay, and in the kind of system that I would draw your attention to that we have today, is the one that is supposed to take care of our veterans. And it has problems that they need to fix.

Walden then pointed to the young woman's grandmother, who returned to the original line of questions that Walden had avoided. She stated that multiple members of her family would be at risk if they lost their health insurance. In response, Walden turned away from her to the other side of the room, soliciting another question.

Only when the audience booed and yelled at him did he acknowledge that he had glided past the woman's tough question.

WOMAN: We've emailed you, sent you letters, called you, you haven't responded. What Taylor's talking about, in our family, my son, her father, her uncle are all going to die from your action in taking care — taking their health insurance away.

WALDEN: So are they on Medicaid or the expansion...?

WOMAN: It isn't really a matter of what they are on. The fact is, if you kill healthcare, it's 18 percent of our economy, you are going to destroy our country. (cheers and applause)

WALDEN: Alright. [Turns away to answer another question.] Yes?

WALDEN: I am. I thought I did. We're trying to fix it so it will work.

Republicans that choose to hold town hall meetings during the congressional recess are facing a wall of resistance, as voters are vocally demanding that they hold Trump and his agenda to account. And those who backed the repeal effort, which would have kicked 24 million off of health insurance, have been singled out by progressive groups focused on flipping the House, and are struggling to avoid the massive push back over their support for repeal.

Many other Republicans, including House Speaker Paul Ryan, are avoiding the events altogether as frustrations continue to mount.

Candidates challenging Trump-friendly Republicans are attracting grassroots support, and the spotlight of national political energy. If the resistance persists, Republicans could soon suffer the consequences of aligning themselves with Trump.