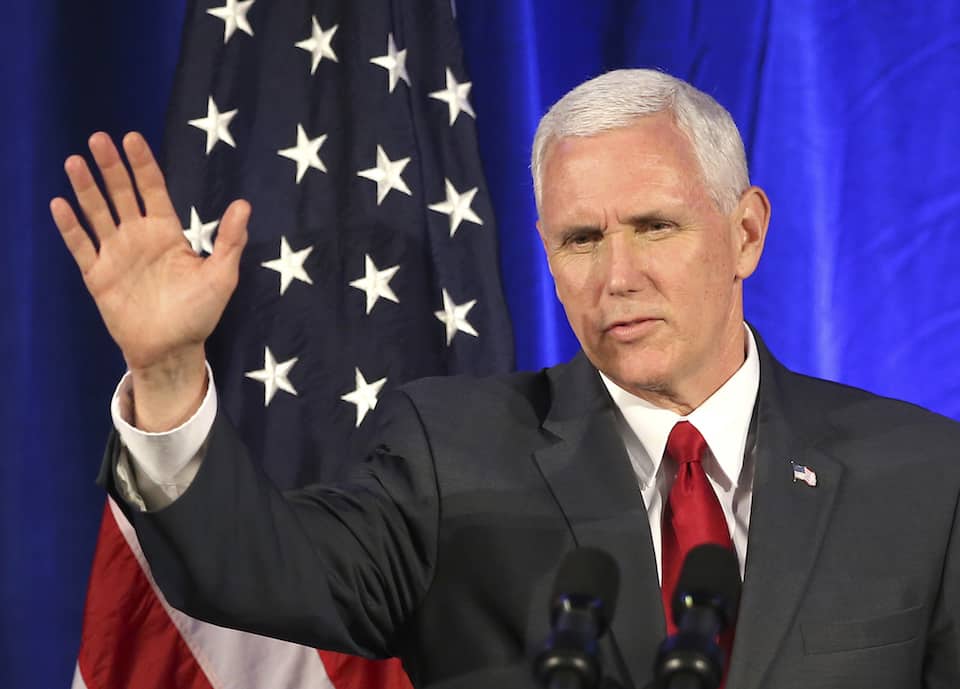 (AP Photo/Rick Rycroft)
Get The American Independent in your inbox

Republican Rep. Charlie Dent walked out of a Capitol Hill meeting with Vice President Mike Pence, refusing to change his vote in favor of the Republican health care repeal plan. The bill, in which Trump has invested so much hope and political capital, is failing. For the second time.

Vice President Mike Pence went to Capitol Hill to try to shore up Republican support for the latest Obamacare repeal bill, but at least one House member was unpersuaded.

Rep. Charlie Dent (R-PA) walked out of the meeting before it even ended, telling reporters that Pence had not changed his mind. "He knows where I am and what my position is, it is what it is."

The dismissal of the Trump administration's second-in-command by a member of their own party continues to show that the attempt to uproot the popular health care law is collapsing.

Dent is previously on record as opposing the repeal plan, and as chairman of the less-conservative "Tuesday Group" of Republicans in the House, he is one of the votes Republicans would need to get on board to get the bill passed.

Dent's walkout came at almost the same time that Trump, using Air Force cadets as the backdrop for a partisan political remark, again asserted that "this bill is a clear win for the American people."

To date, the bill has actually been a huge loser for Trump and the Republican Party.

NBC News reports that 21 Republicans remain a solid "no" on the bill, even with the inducements added to punish people with pre-existing conditions and to pull back on coverage for women. These additions were supposed to win over the more conservative Republicans who felt the first draft of the bill was too generous.

But the number of House Republicans publicly refusing to support the bill keeps growing. The Hill reports that the latest defection means "one more Republican 'no' could kill the measure, given that Democrats all plan to vote against it."

And that means another humiliating defeat for Trump, Pence, and their whole party.

The repeal plan is so unpopular, Republicans were unable to get a vote on it before the end of Trump's first 100 days in office, underlining his failure to achieve anything significant on the legislative front. This latest attempt appears to be heading toward failure as well.