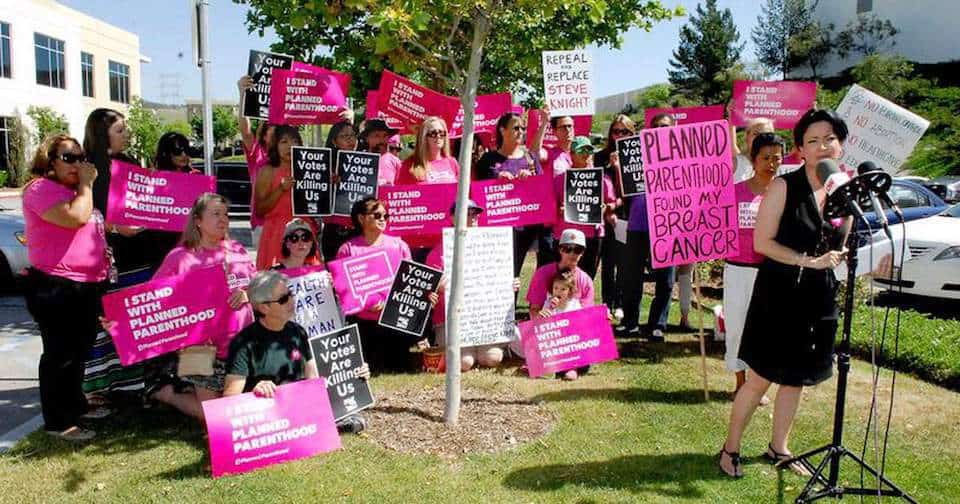 Planned Parenthood Action Fund
Get The American Independent in your inbox

The super secret Senate GOP health care bill is finally out, and it's not as bad as everyone had feared. It's worse.

The bill targets the elderly, the working-class, people with disabilities, people with pre-existing conditions — and of course Planned Parenthood.

Not only does the bill "defund" Planned Parenthood, by blocking it from participating in Medicaid programs, but it also guts coverage of all kinds of essential care for women. In fact, 13 million women could lose coverage for maternity care.

Making it harder and more expensive for pregnant women to receive necessary health care is an incredibly strange way for the so-called "pro-life" Republicans who have long targeted women's health to demonstrate their concern for women and children.

The bill does not specifically name Planned Parenthood, but it doesn't have to. Instead, it states "no Federal funds ... may be made available to a State for payments to a prohibited entity." And the definition of a "prohibited entity" could not be clearer:

The term "prohibited entity" means an entity, including its affiliates, subsidiaries, successors, and clinics ... that is primarily engaged in family planning services, reproductive health, and related medical care; and provides for abortions[.]

That means that any Planned Parenthood health center that provides reproductive health care — even if it does not provide abortion — is still excluded.

And it also means that the millions of low-income Americans who rely on Planned Parenthood for their health care — for cancer screenings, STD testing and treatment, and birth control — will have no coverage at all. Because contrary to the claims by those Republicans who have long sought to shut down Planned Parenthood, in many parts of the country, there are no alternatives. More than half of Planned Parenthood health centers are in rural or medically underserved areas. Experts have repeatedly said that other providers cannot absorb those patients.

Furthermore, a study from the Guttmacher Institute shows that without the contraception services provided by Planned Parenthood, the number of U.S. abortions would have been 15 percent higher in 2015.

Blocking patients from going to Planned Parenthood for their health care would do the exact opposite of what anti-abortion politicians claim is their goal.

“If this is the Senate’s idea of a bill with heart, then the women of America should have fear struck in theirs," Cecile Richards, president of Planned Parenthood Federation of America, said in a statement. "Slashing Medicaid and blocking millions of women from getting preventive care at Planned Parenthood is beyond heartless."

The bill, according to Richards, "makes it harder to prevent unintended pregnancy, harder to have a healthy pregnancy, and harder to raise a family."

Obamacare is popular. The Republican plan to repeal it is not. And if Republicans insist on going forward with a bill that would be disastrous for millions of Americans — especially women and their families — they will pay a steep price for it.