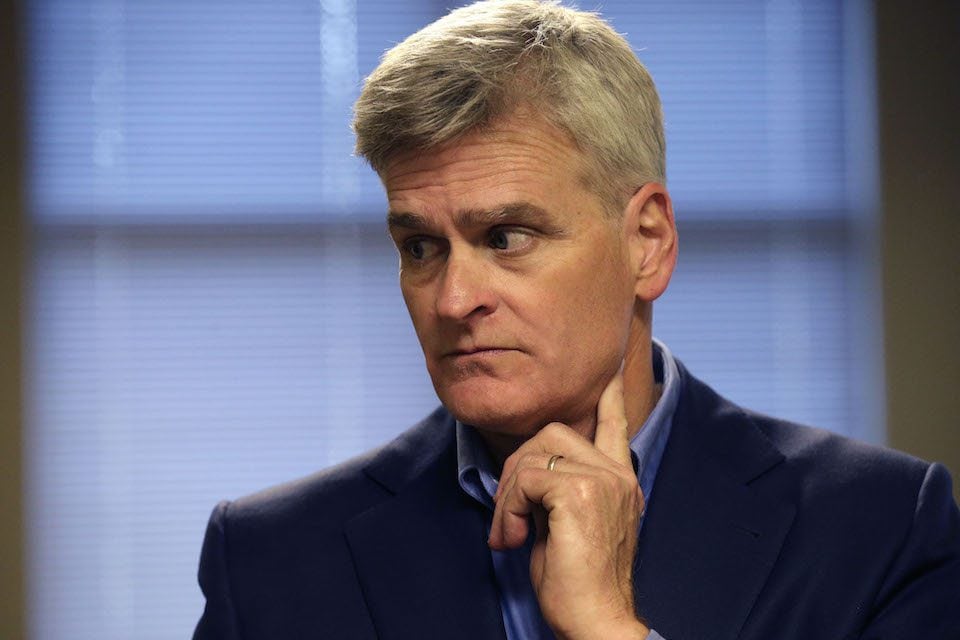 Jimmy Kimmel: "We can’t let them do this to our children, and our senior citizens, and our veterans, or to any of us."

Late-night host Jimmy Kemmel delivered a memorable smackdown of the Republicans’ renewed, zombie-like attempt to yet again take away health care from millions of Americans.

Specifically, Kimmel on Tuesday night set his sights on Louisiana Sen. Bill Cassidy, who’s sponsoring the so-called Cassidy-Graham bill, which is actually worse and more draconian than the Obamacare repeal bill the GOP failed to pass in July.

“Stop jamming this terrible bill down our throats,” Kimmel demanded during his 6-minute takedown.

On Wednesday morning, Cassidy responded with a hollow and evasive counter to Kimmel, which only highlighted the sting of the TV host’s truth-telling sermon:

Why has Kimmel emerged at the forefront of the health care debate? After all, on Tuesday night Kimmel conceded that historically, his real strength is “eating pizza,” not dissecting public policy.

In May, Kimmel delivered an emotional monologue where he explained that his newborn son had been born with a heart defect that required immediate surgery — surgery that was incredibly expensive. Kimmel worried that families less well off than his aren’t able to pay for life-saving medical care.

“No parent should ever have to decide if they can afford to save their child’s life,” he stressed.

Cassidy himself then coined the phrase “the Jimmy Kimmel test,” asking, “Would a child born with congenital heart disease be able to get everything he or she would need in that first year of life?”

Cassidy's bill, which the GOP is now trying to jam through Congress without debate before the end of the month, completely fails that test. “This guy, Bill Cassidy, just lied right to my face” a perturbed Kimmel told viewers. “So not only did Bill Cassidy fail the Jimmy Kimmel test, he failed the Bill Cassidy test. He failed his own test. And you don’t see that happen very much.”

The host beseeched viewers to contact their Congress person to make sure Cassidy’s bill doesn’t pass. “They’re counting on you to be so overwhelmed with all the information you just trust them to take care of you, but they’re not taking care of you,” said Kimmel. “They’re taking care of the people who give them money, like insurance companies.”

He ended with a very pointed message for Cassidy: "Stop using my name. OK? Because I don’t want my name on it. There’s a new Jimmy Kimmel test for you, it’s called the lie detector test. You’re welcome to stop by the studio and take it anytime.”