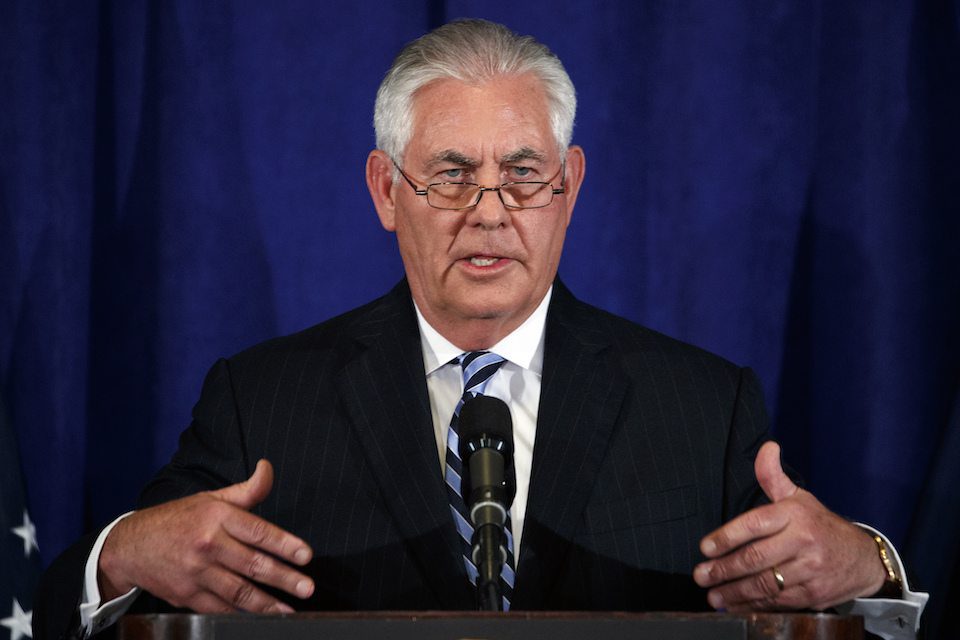 One of the most devastating developments for the United States on the world stage under Donald Trump’s presidency has been the complete marginalization of the State Department.

And Republican Sen. Bob Corker, chairman of the Foreign Relations Committee,  is so irate about it that he used an incredible choice of words to describe how Secretary of State Rex Tillerson is being treated.

You cannot publicly castrate your own secretary of state without giving yourself that binary choice. The tweets — yes, you raise tension in the region [and] it’s very irresponsible. But it’s the first part that I am most exercised about.

Leaving aside the gruesome mental image of Tillerson having his testicles snipped off, Corker is dead right. The secretary of state is meant to be the chief diplomat, point of contact for foreign negotiators, and crafter of multilateral deals. Trump has not let Tillerson do any of that.

Instead, he has managed foreign policy from his Twitter account, withdrawn from every multilateral agreement crafted under President Barack Obama against Tillerson’s own advice, surrounded himself with generals who pitch him military solutions over diplomatic ones, and even sent his son-in-law to meet foreign leaders rather than Tillerson.

And of course, it did not help matters when Trump publicly dared Tillerson to take an IQ test following media reports that Tillerson called Trump a “moron” behind closed doors.

All of these realities combine to paint a picture of Tillerson as the least effective, most powerless, and most abused secretary of state in American history.

A good leader knows some tasks have to be delegated, and trusts the people to which he delegates might be more qualified to address them. Trump cannot accept the idea that anyone could be smarter than him — which is how Tillerson has ended up castrated like a hog.